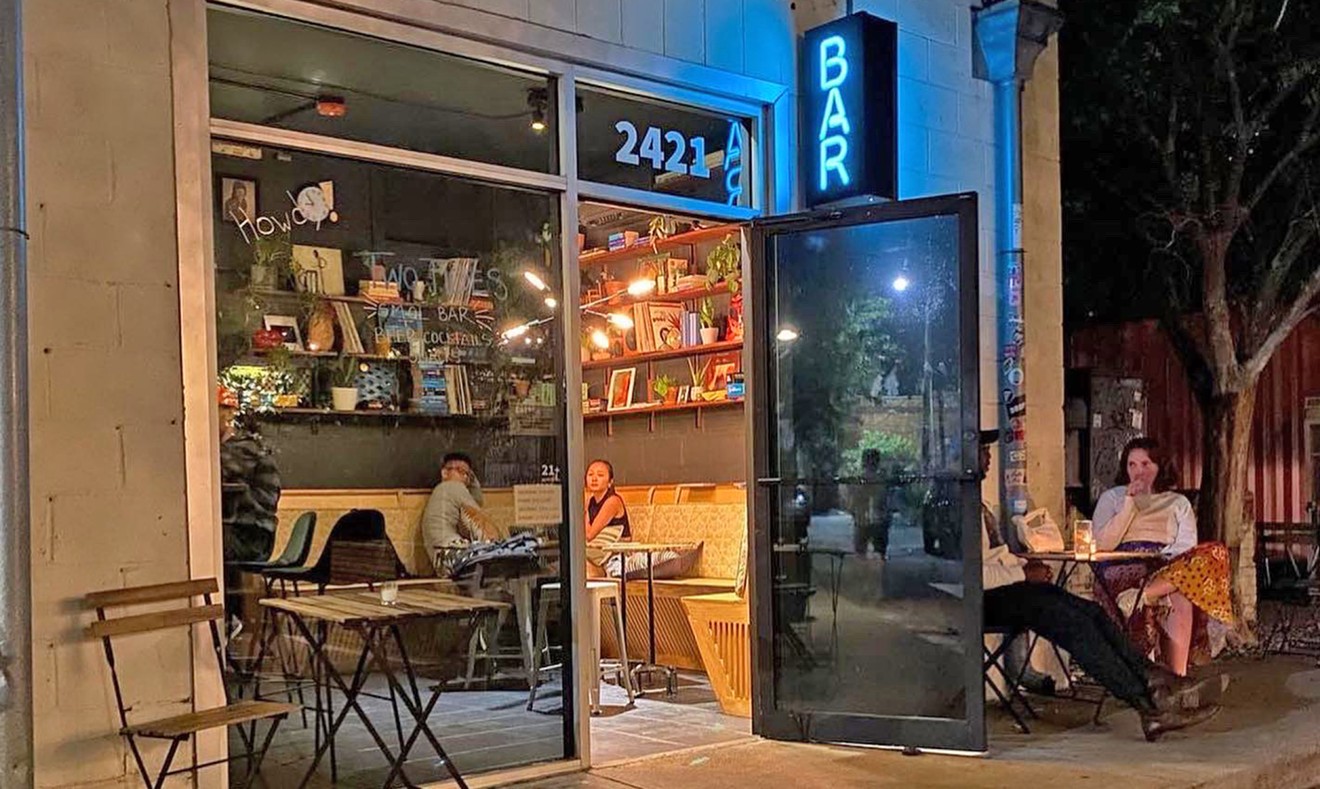 If you drink beer in Savannah, then you undoubtedly know all about the goings on at Starland’s Two Tides Brewing Company.

They celebrated a fourth Anniversary over the weekend with music, food and of course lots and lots of beer.

It was also a coming out party, if you will, for Two Tides newest (but certainly not last) side project.

Why? Because it is. Maybe 10-12 seats, it’s a perfect little hideaway from the crowds at the other popular spots in the Starland District.

No crowds, mainly because they just wouldn’t fit. And that was the plan.

I spoke with Liz Massey who, along with her husband James, own Two Tides Brewing Company, a couple of weeks ago to get the skinny on SMOL and get a little more intel on their next plan, which is food: something you definitely want to know about.

What was the idea behind SMOL?

When I’ve gone out drinking in the past, that’s always been my comfort zone and the style of places that I look for.

We’ve also taken several trips to Europe and have seen that kind of style of bar there.

Very small, hole in the wall. People spilling out into the street to have a good time.

I’ve been in there a couple of times. I love it, but it is tiny. How big is it square footage-wise?

Was this something you wanted to do and you just ran with it while James was running Two Tides?

Yes. We’ve slowly expanded into our entire building. From the very beginning, we’ve always done very big events on the street next to the building.

The original idea was to have a nicer looking, permanent home for our products when we have these events on the street. Something that was nicer than just inviting people into our production space with a jockey box.

The space where SMOL is was my office for a while. We started looking at ways to do food and other things.

That space has taken on so many different forms the last two years. Then I had the silly idea probably at midnight two years ago when I said “why don’t we turn it into a bar?”

So what do you serve there?

Our specialty is seltzer-based cocktails.

About half the menu is Two Tides beers as well. The menus are different though. We may have one or two beers that are similar to the tap room, but the other stuff is maybe from our barrel-aged program.

Some of our beers are made with finer ingredients. Lots of bottled beer that we’ve been cellaring. It’s really kind of a showcase of things that we are most proud of.

The seltzer-based cocktails, that’s our way of meeting the people that aren’t craft brew fans or maybe gluten free that are coming to the brewery.

In the State of Georgia, breweries aren’t allowed to sell anything that they don’t produce.

Our license doesn’t allow us to produce liquor, so I can’t serve liquor. So the high ABV seltzers aren’t as strong as a cocktail, but they certainly mimmick that when you mix them with our fresh juice and syrups that we make.

So what’s the latest on your smash burger concept, Krispi?

It’s going to be a trailer that will park on the side of our building.

The name Krispi lends itself to be other food items.

I’ll never want the menu to be more than six items, but I definitely want things on there that everyone can enjoy.

The burgers have been in anticipation for so long that that is what we are going to hit the ground running with and expand from there.

Right now we are really thinking about three months maximum.

We’ve had to deal with everything. There was a plumbing fiasco. COVID, you name it. Something always comes up that you weren’t expecting.

Our timeline has been incredibly skewed. I’m hoping for three months. I’m ready to eat burgers here too.

SMOL is located at 2421 DeSoto Ave. Find out more at twotidesbrewing.com/smol