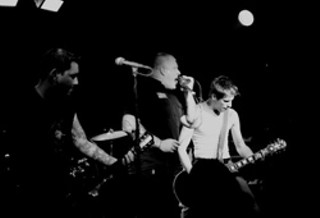 IT'S BEEN SEVERAL MONTHS since SCAD’s Internet-only radio station (www.scadradio.org) sponsored an ALL-AGES concert, but it’s heartening to know they have another one on tap for this Friday night.

It should also be welcome news to rockabilly and greaser punk fans who don’t attend the private art college that this show —unlike a few that have taken place at the school in recent memory— will be open to the public as well as to students.

Dubbed the Shrunken Head Shindig, this “kitschy psychobilly tiki party” at the school’s River Club (better known as the old Conga Club building on the corner of MLK, Jr. Blvd. and River St.) features live sets from two touring bands with enough ink and pomade between them to open both kinds of parlors: tattoo and tonsorial.

Tallahassee’s Lucky Scars lean more towards a raunchy and twangy punk vibe, although their guitarist Mike Levin avows, “We have such a diverse style that we can easily walk into any type of show and play.”

“We offer no apologies, we’re just a group of working-class Americans who rock out to our own art form.”

Jacksonville Beach’s Kings of Hell, on the other hand, offer a slightly more traditional blend of bass-slapping roots-rock with an outlaw country edge, tossing in tried-and-true amped-up covers like Johnny Cash’s “Cocaine Blues” alongside their own high-energy call-and-response rockabilly. SCAD’s own Swing Club will be on hand to give old-school dance performances throughout the night.

Student Jake Fink, who helped book the show, says it’ll be over by 11 pm, “so the over 21 crowd can still go to bars, and the high school crowd can meet their curfew.”

Dig the bands at: www.myspace.com/luckyscars and www.myspace.com/kingsofhell. Admission is $3 for SCAD students or $5 for the general public. Fri., 7:30 pm, SCAD’s River Club.

Brady and the Bazookas @Coach’s Corner

The Vinyl Say: Rockabilly lifers Brady and the Bazookas 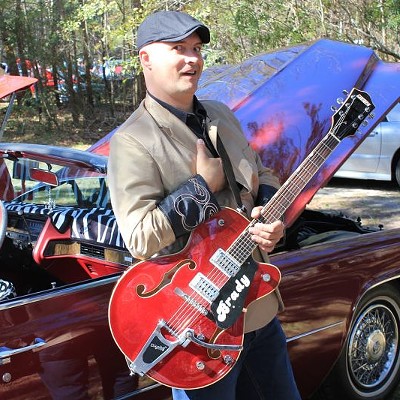 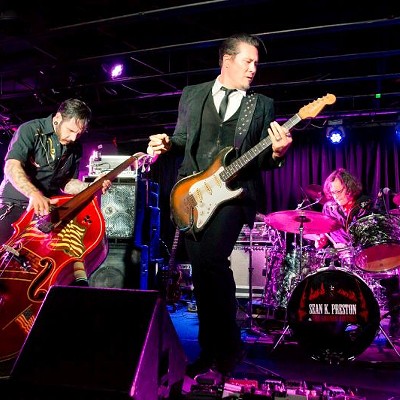 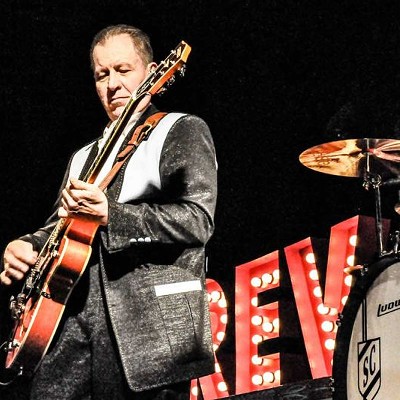