It’s all about the stout

Nov. 2 is the day the world celebrates the roasty deliciousness

WHILE ANY day is a good day for craft brew, there is a pattern to the "seasons" of beers. Many beer lovers look for pale ales or lagers during the warmer months of summer. As fall turns, stronger IPA’s have their day.

And as the weather starts to turn colder many beer lovers start to crave stouts. Perhaps this is why the first Thursday of November (November 2 this year) was chosen as International Stout Day.

It makes sense that stouts might be preferred in the winter months as stouts have a stronger, roasted flavor. But stouts were originally not the dark beers we know and love now. We know from references in a 1677 manuscript that the term stout simply referred to the strongest or “stoutest” beer in a brewery’s lineup and not necessarily the darkest beer. Porter was the name reserved to market those dark beers.

As porters grew in popularity, brewers would brew up different batches with a range of strengths. “Stout” porters were the strongest of those porters. Eventually stout porters shortened to stout.

The roasted malts used in stouts pair well with so many flavors that numerous variants have developed over the years.

Oatmeal Stout. Oats were a standard addition in many beers but they work really well in stouts. The proteins and gums in oatmeal increase the thickness and add smoothness without altering the flavor. Traditionally oats can be added up to 30% of a beer’s malt bill.

Milk Stout. Milk stouts are sometimes called sweet or cream stouts because they are brewed with lactose, a sugar found in milk. The yeasts used in beer brewing can’t digest the lactose, leaving the beer with a thick, creamy feel. Because lactose also adds calories, milk stouts were marketed as nutritious dietary supplements.

Dry Stout. The popularity of the sweeter stouts was not universal. Not everyone enjoyed the sweetness of the oatmeal and milk stouts. Stouts brewed with the absence of lactose or oats are dryer in flavor. Dry stouts are also called Irish stouts because of their popularity in Ireland. Guinness is the most common of the dry stouts.

Oyster Stout. Oysters might seem an odd addition to any type of beer but oysters have a long association with stouts. The ubiquity, low ABV and high protein of stouts made them staples in the poorer classes diet. Oyster were also a cheap source of protein and eventually the two came together in 1938 when Hammerton Brewery in London started brewing its stout with oysters. The addition of oyster meat and sometime the shells adds a briny flavor to the stout.

Russian Imperial Stout. Russian Imperials Stouts earned their name because of the English brewed beers, popularity in, you guessed it, Russia. The story is that they were brewed with a high ABV so that they didn’t freeze in the voyage from England to Russia. A versatile beer, imperials stouts readily take a lot of different flavors. They are rich on their own but you will see them with added chocolate and sometimes spices.

The list below is made up of, mostly, easily accessible and locally available stouts by breweries from all over the country.

Keller’s Milk Stout, Coastal Empire Beer Co. The release of Keller’s Milk Stout almost coincides with International Stout Day. Coastal will be releasing Keller’s on November 4 with a can release to follow soon after. Keller’s is a chocolaty cream stout with a mild sweetness.

The Best of the Best

Breakfast Stout, Founders Brewing. Breakfast Stout is released around this time of year, in fact it just hit the shelves in local bottle shops. Breakfast stout is at it’s core a very good oatmeal stout. It’s thick and creamy as an oatmeal stout should be. Breakfast Stout, as you might expect from the name, is a full on breakfast, with coffee added to the oatmeal to round out the flavors. It does in fact taste like breakfast.

TenFidy, Oscar Blues Brewery. Ten Fidy is a %10.5 Russian Imperial Stout. this canned, you don’t see many of those, RIS is brewed with three types of dark malts, flaked oats and a hefty amount of hops.

Shakespeare Oatmeal Stout, Rogue Brewery. Slightly on the bitter end of the spectrum compared to some oatmeal stouts Shakespeare features an earthy flavor touched with mild chocolate. At 6% ABV this is an easy drinking and affordable high-end stout.

Imperial Mexican Biscotti Cake Break, Westbrook Brewing Company. Westbrook has been the brewing location for Evil Twin Brewing for several years. Why shouldn’t they actually combine two of their beers? Mexican Cake is a lovely, slightly spicy Imperial stout. Imperial Biscotti Break is Evil Twins sweeter take on the imperial stout. The two combined are a wonderful mix of sweet and spicy wrapped in roasted barley.

KBS, Founders Brewing. What happens when you take Founders Breakfast Stout and age it for several months in bourbon barrels, the perfect stout, that’s what happens. KBS (Kentucky Bourbon Stout) is a limited release variant of Breakfast Stout. KBS is regularly ranked as one of the best beers in the country and is available here in Savannah once a year, but find it quick or it will be gone. 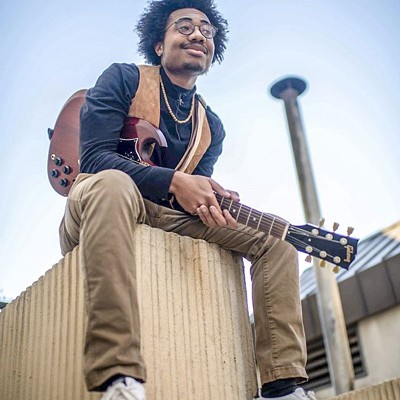