It’s all about the Woman Card 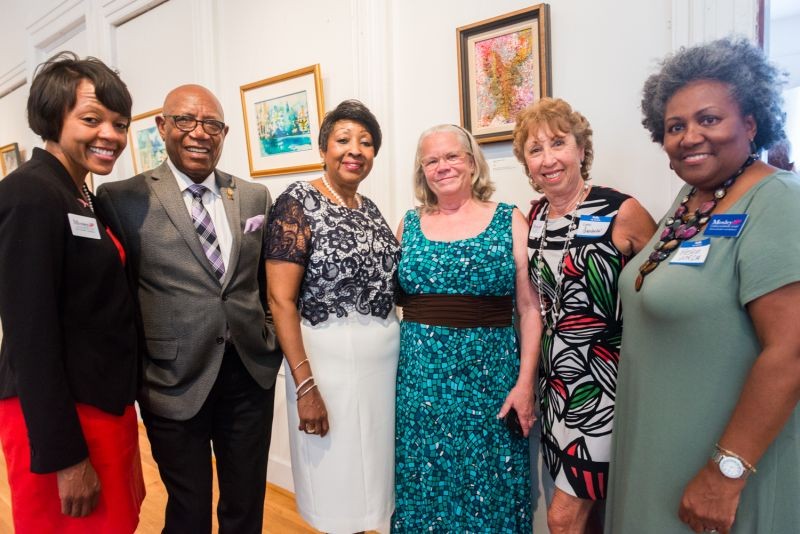 MY MOTHER always told me that in order to attract success and prosperity, it’s important to have a nice wallet.

Since my mother is a successful and prosperous lady, I’ve always followed this advice, even when the only items I kept in my stamped Navajo coin purse were a $2 bill from my grandpa and a laminated picture of Shaun Cassidy.

For my last wallet, I invested in a lovely gray leather Hobo number from Terra Cotta (on sale, of course) that has room for my cash, Live Oak Public Library card and the several thousand customer loyalty fobs that I don’t remember signing up for (do they mate by bar code behind my extra stamps?)

It’s so weird, though, I looked all through the compartments in my fancy wallet the other day and couldn’t find my woman card—which, from what I understand, is supposed to entitle me to some kind of prize when I flash it, perhaps a two-fer on eye wrinkle cream or some free tampons?

I guess my mom was too busy running her own business and marching for the Equal Rights Amendment (Google it, kids) to tell me about it. Does it have pink lace around the edges and smell like fake lavender? Is it, like, smaller than a regular man card to accommodate my delicate female hands? I guess I must’ve been folding laundry, or, I dunno, at work when they handed them out.

No need to mansplain, ‘cause I got schooled at last week’s local reception of Georgia’s WIN List. A political action committee that recruits and grooms women to run for local and state offices, Georgia’s WIN List knows exactly how to “play the woman card”—a term that might sound like you’re at a poker table in reflective sunglasses ready to sweep up with four aces and a queen but actually means advocating for issues like equal pay, ending violence against women and the right to dominion over our own bodies.

This formidable body of influence convened last Wednesday at the Beach Institute, the former African American schoolhouse that now serves as a gorgeous museum and cultural center that is a must-do for every visitor and local (the carvings by Savannah folk artist Ulysses Davis are astounding, and the lush garden is one of the city’s finest).

Under the soaring 20-foot ceilings and surrounded by paintings from the vast collection of W.W. Law, some of Savannah’s brainiest and boldest waved their woman cards loud and proud—literally.

“Listen, you know I ordered about twenty of them,” deadpanned lifelong educator and Savannah Black Heritage Festival coordinator Shirley James of the official versions issued by the Hillary Clinton campaign after Donald Trump’s recent derisive remark.

But national politics weren’t on the agenda here. While the presidential spectacle makes for sparky social media conversation and/or terrifying night sweats, these women know that what has the greatest influence over our everyday lives are the legislation and policies enacted closer to home. (You know how us ladies are, so domestic!)

Since 2000, Georgia’s WIN List has elected 45 pro-choice Democratic women to the state assembly and has supported countless others in local municipal races. Its year-long leadership academy provides policy briefs and vital training on how to run a campaign, and the class of 2016 has a record-breaking 21 women—including Savannah’s Kim Dulek, who lost the District 3 city council race last fall but vows that her political efforts to affect positive change have only begun.

Among the civically-minded crowd were current SCCPSS schoolboard members Connie Hall and Julie Wade—both up for reelection—as well as Tammie Mosley, running for Clerk of Superior Court (just a few of the many important races on the ballot May 24—don’t forget to vote!)

After a bit of small talk about big issues, entrepreneur and local WIN List board member Murem Sharpe invited to the podium executive director Melita Easters, who underscored the importance of wielding the woman card in politics.

“Georgia ranks 49th in the nation for women serving in state and federal office,” she reminded. “And we’re one of the only states without a woman in the U.S. Senate or the House of Representatives.”

It’s also one of the worst states for working moms, with a wage gap that pays 82 cents on the dollar compared to men and is even worse for African American women (63 cents) and Latina women (48 cents.) It’s a stubborn trend that the WIN list aims to shift by encouraging and endorsing more female representation.

Fortunately, we’ve got a stellar example in Rep. Stacey Abrams (D-Atlanta), the GA’s House Minority Leader and the evening’s keynote speaker. Introduced by former mayor Edna Jackson, Abrams acknowledged the trenchant sexism in politics but says it hasn’t stopped her from building consensus to pass family law and education legislation and serve on multiple committees.

“It’s like racism. It’s there, but you don’t have to give it power,” she counseled.

She says that attitude helped her the first time she met with Gov. Nathan Deal, with whom she now has a productive working relationship in spite of their differences in party, race and gender—though she has yet to convince him to expand federally-funded Medicaid to almost half a million underinsured Georgians. (However, if he keeps doing civil things like vetoing the religious liberty and campus carry bills, I might have to stop clicking the angry emoji every time his face pops up on my newsfeed.)

A dynamic and approachable presence, Abrams called Georgia’s WIN List a “lodestar of progressive politics” and sees its mission as a way to protect the most important political concern for almost everyone in the room: A woman’s right to choose.

As states like Alabama, Utah and Oklahoma consider bills that would significantly limit a woman’s options to terminate a pregnancy and a presidential candidate opines that women who seek abortions deserve “some form of punishment,” that right is under tremendous threat. Yet in spite of personal moral leanings, there are those who recognize that safe access to abortion represents a vital part of a free society.

“I was pro-life when I began. I’m the daughter of two ministers. I believe in the sanctity of life,” Abrams told the crowd.

“But I realized that to be pro-life in politics, I had to be pro-choice. Because if I want to be able to make decisions for myself, I have to protect every other woman’s right to make the same decisions.”

This earned vigorous nods from the woman seated next to me, who turned out to be Planned Parenthood Southeast president and CEO Staci Fox.

“She’s a rock star,” whispered Fox of Abrams’ unwavering support of the century-old non-profit. “She does the work.”

Knowing that PP’s high-quality, affordable health services for women (and men!) of all ages has been shown to have direct, positive impacts on a community’s poverty level and advance economic and educational opportunities, it was super exciting to find out that there is a new clinic being built in Savannah to open this fall.

It was also a relief to learn from Staci that while Planned Parenthood Southeast has been completely defunded in Alabama and grossly under attack in Mississippi, Georgia has no such current legislation. And Georgia’s WIN List intends for it to stay that way.

The evening ended with a cautionary tale from activist and local thespian Dandy Barrett. Twenty years ago, her father, Col. James Barrett, a decorated veteran, spent his retirement volunteering at the “ladies’ clinic” in Pensacola, FL, escorting women in and out as they braved the gauntlet of vicious protestors (wasting their time, since abortions make up only three percent of PP services and most clients were there for pap smears and birth control refills).

In 1994, Col. Barrett was shot and killed by an anti-abortion terrorist, who also targeted the clinic’s doctor. Twenty-two years later, another shooter is on trial in Colorado for killing three people and injuring nine when he open-fired on a Planned Parenthood in Colorado Springs.

In spite of the misogynistic violence that killed her father and others, Dandy continues to fight for the preservation of reproductive freedom—and support the politicians who do, too.

“I never want to see women pushed into those back alleys again,” pledges Dandy. (Go see this marvelous woman in Collective Face Ensemble’s production of Calendar Girls at Muse Arts Warehouse through May 22!)

The way to ensure that we move forward instead of back is to open our nice wallets and donate what we can to the campaigns of local and state candidates who pledge the same.

And don’t be afraid to flash that woman card: No, it isn’t bulletproof. It doesn’t come with free froyo. It can’t even fold the stupid laundry.

But stack the deck with them, and everybody wins. 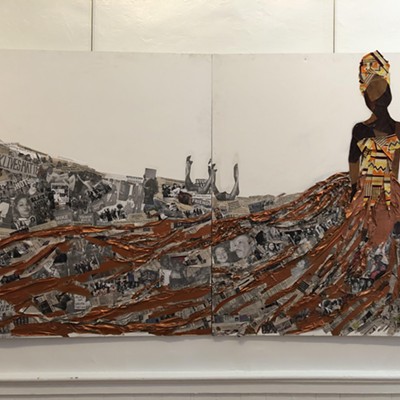