Donations at the door


BACK IN 2004, Steven Baumgardner was an up-and-coming rapper who was seeking out places to perform.

He and his friends began hosting a hip hop night at Mellow Mushroom a few years before, “back when Mellow as half the size and twice as dirty,” he laughs.

After one friend passed away and another friend moved back home, Baumgardner -- aka Basik Lee -- heard that two DJs were hosting a hip hop night at the Jinx. One of those DJs was D-Frost, aka Josh Miller. 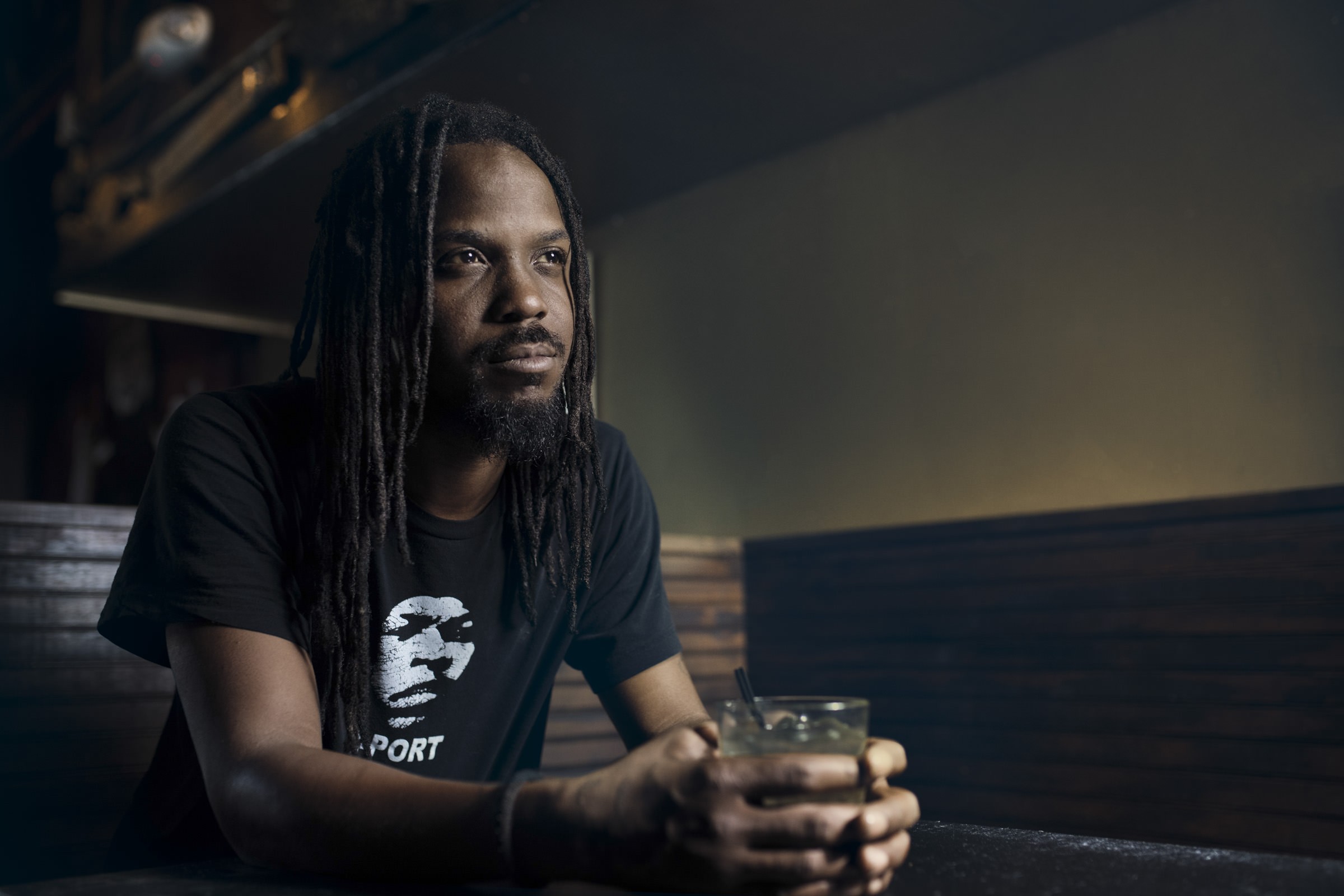 “The Jinx was the brand new bar that had opened back in the day,” remembers Miller. “I was in college, and they had a dance night going on Thursdays and it was the thing to do.”

Miller and his friend DJ Selvis, aka Seth Padgett, approached the Jinx’s owner Suzanne Warnekros to see if she’d be interested in hosting a hip hop night in addition to the dance night.

“We didn’t know what we were doing,” remembers Miller. “We were just like, ‘Well, we’ll just DJ hip-hop music the whole night.’ Eventually, emcees always want to get on the mic, and there were break dancers that were coming around, too. So we’d play for the break dancers and let the emcees have the mic, but it wasn’t really organized.”

That’s where Baumgardner came in. He’d been coming every Tuesday night and wanted to take the reins.

“When Steve came in and asked to host, we were like, ‘Hell yeah. We just want to DJ, we don’t want to host,’” says Miller. “Steve could break dance, Steve could rap, he knew all those guys.”

“At that time, I started getting heavily into break dancing,” Baumgardner remembers. “To be quite honest, I didn’t think I was strong enough of a rapper to host. I literally started hosting to become better onstage because I knew I could rap, but my stage presence sucked. I was like, ‘This is the way to get it.’”

Fifteen years later, Hip Hop Night has become one of, if not the only, longest standing weekly events in Savannah—outlasting the dance night, as Miller points out—and gave Baumgardner the stage presence he sought.

“It’s made me better at stage presence, it’s made me recognize the individual art of hip hop,” Baumgardner says. “We’re all hip hop, but everyone’s got their own lane. It’s about becoming that individual, becoming more of yourself.”

Hip Hop Night is the place to go for aspiring rappers to hone their craft. DJs provide a beat for them to rap along to, emcees battle it out onstage, and break dancers show off their moves.

The night’s structure has changed many times over its long tenure, with Baumgardner tailoring it each week.

Baumgardner also gets the crowd involved as often as he can. He used to ask each audience member for a word that he’d then ask rappers to use it in their freestyle.

That community is so needed, and the biggest testament to why is that people still don’t know Hip Hop Night is a thing.

“Trust me, we’ve been fighting the city for years,” says Baumgardner. “It’s the view of hip hop, how people respond to it as a negative thing. It’s hard changing that image in people’s minds.”

He points to other programs, like AWOL, or All Walks of Life, an organization that gave at-risk youth the chance to explore art. AWOL has since moved to Atlanta, which, Baumgardner says, is partly due to the hard work of keeping the dream alive in the face of stereotype.

“It makes me happy to be a part of something like this,” he says. “I just wish it was getting more of an audience to recognize it. Seriously, there are a lot of really good hip hop artists here in Savannah, and I feel like for years I’ve watched myself and others struggle working with different places and venues to cultivate a culture here. It’s still a culture that I think is beautiful. There’s a scene here that needs a bigger light shining on it.”

At Hip Hop Night, the scene comes together on stage.

“These guys have never met each other sometimes—they’re from different parts of the city, different parts of the state, country, all that,” says Baumgardner. “They’re coming up on this one stage and working with each other. It shows community, and I think you earn respect, learn to respect everybody for what they bring. That’s something amazing to watch; it’s always humbling.”

It’s humbling for Baumgardner to see this night make it to fifteen years.

“It’s been a trip figuring all this out,” he laughs.

When Hip Hop Night officially began in 2004, social media didn’t exist, so marketing the event was not simple. Flyers helped, as did word of mouth, but Baumgardner remembers sending mass texts to every person who attended.

“That’s when you couldn’t send out 100 texts at a time—you had to send out ten texts at a time to 200 people trying to let them know,” he recalls. “It got to the point people felt so annoyed, they were like, ‘Please, take me off of this list!’”

Through all the change, Hip Hop Night has happened every single Tuesday—and with good reason.

“People are always like, ‘Why don’t you move it to the weekend?’ It’s too much wild energy on the weekends,” says Baumgardner.

“To me, hip hop is an aggressive sport. You add in alcohol and a ton of people screaming at you and all this other stuff—on a weekend? It’s a little much. But for Tuesday, I feel like I get people who are about the culture, who want to work for it. We understand you’ve got jobs, you’ve got kids, you’ve got school. It makes me appreciate it even more when I see consistent people come in.”

The consistency is especially appreciated as everyone gets older.

“Honestly, I joke, but for myself and I probably could say some of the heads at the Jinx, we’re all older,” says Baumgardner. “Social media and using it properly is not in our wheelhouse. It’s hard knowing what works and how to do it. We’re trying a lot of new stuff now, but it’s getting there, it’s just figuring it out—it’s a whole different world now.”

No doubt, Baumgardner has seen so much in the past 15 years.

“I feel like once this is all said and done, I need to write a book of all the stories that have gone on,” laughs Baumgardner. “There’s been some crazy stuff.”

One of the crazier things was when Savannah native Big Boi came through the Jinx one Hip Hop Night years ago.

“One of the MCs comes running up to the stage and is like, ‘Steve, Big Boi’s in the back,’ and I’m like, ‘That’s just some dude in a hat, shut the hell up,’” says Baumgardner.

But it was Big Boi, and Baumgardner said hi and left it at that. The next day, he got a call from Warnekros that Big Boi wanted to film a music video at the Jinx, and since Baumgardner hosted Hip Hop Night, he had to be in it.

At the time, Baumgardner was part of the collective Dope Sandwich, and the crew kept trying to get him to slide Big Boi a copy of their album, but Baumgardner wasn’t having it.

“I literally walk into the bathroom of the Jinx like, ‘Fuck this,’ and I go inside and Big Boi’s in the bathroom,” he remembers.

“His boy’s holding the door closed and they’re smoking a joint. I’m like, ‘Nah, I’m cool,’ and he’s like, ‘No, man, hit it! You’re the host, right?’ So I end up sitting there chilling, smoking a joint with Big Boi. It was funny as hell.” 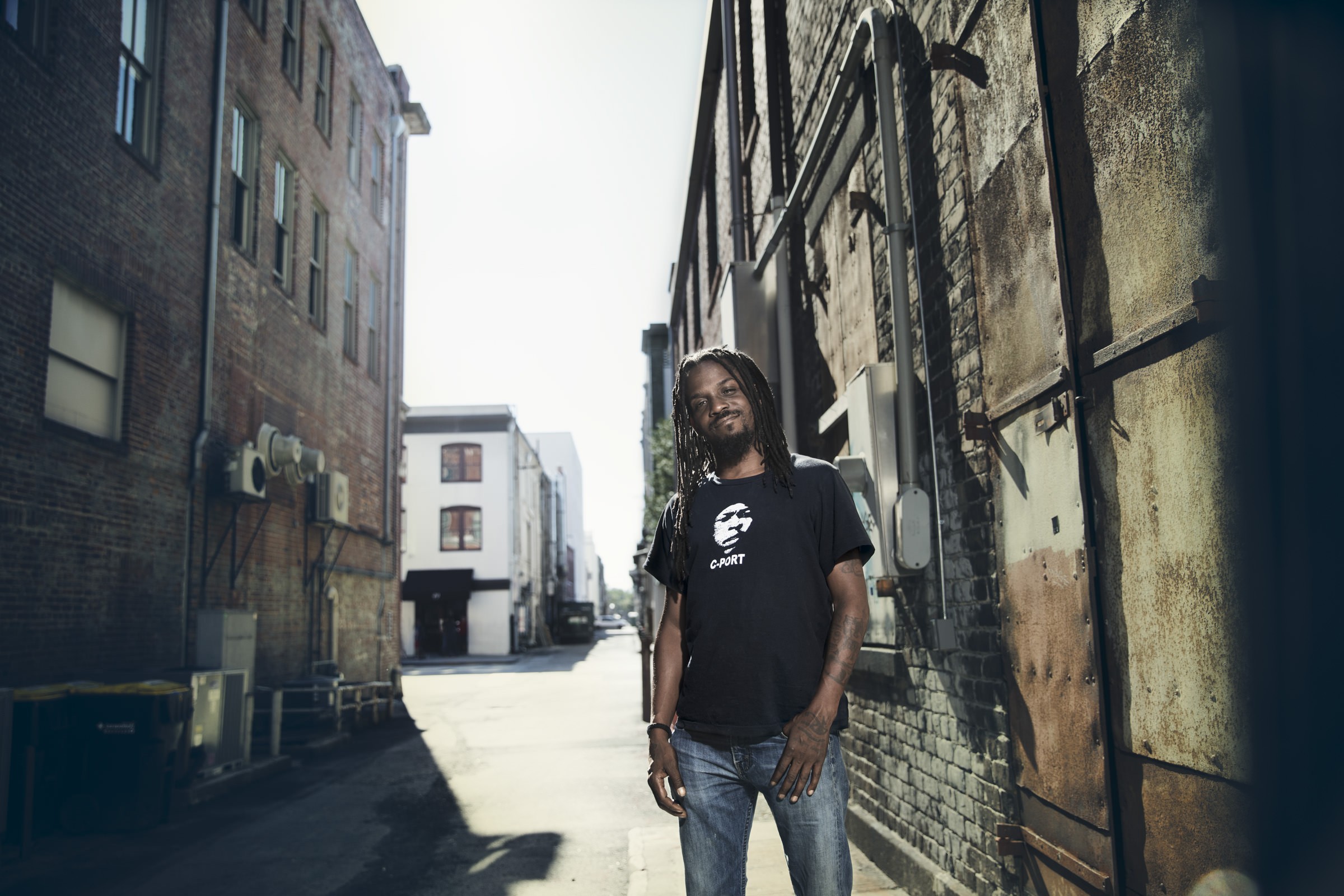 He also remembers two stars from the movie CBGB calling to reserve a table at the Jinx for Hip Hop Night.

“We’re all looking around like, ‘Reserve a table? Okay, yeah, we’ll do that,’ and you just see Tony [Beasley] write ‘Reserved’ on a folded piece of paper and put in the table, like, ‘All right, it’s reserved!’” laughs Baumgardner.

There’s no end in sight for Hip Hop Night, thanks to the community that supports it. The anniversary party Tuesday night will feature Miller back on the turntables and Voodoo Soup as a backing band.

“I try to bring Frost back every time we do this because he started it,” says Baumgardner.

“I’m just going to wing it,” says Miller. “I’ll feel the crowd, feel the energy, see how the night goes. I’ll probably try to put something together, something different, but I don’t know what to expect. There’s going to be the band too—I think it’s going to be pretty live.”

Baumgardner has known the guys of Voodoo Soup for years.

“I try not to have a strict plan for the night because I never know who’s coming in, what’s going to happen,” he says. “I have a basic layout, but besides that, it’s whatever and just having fun.”