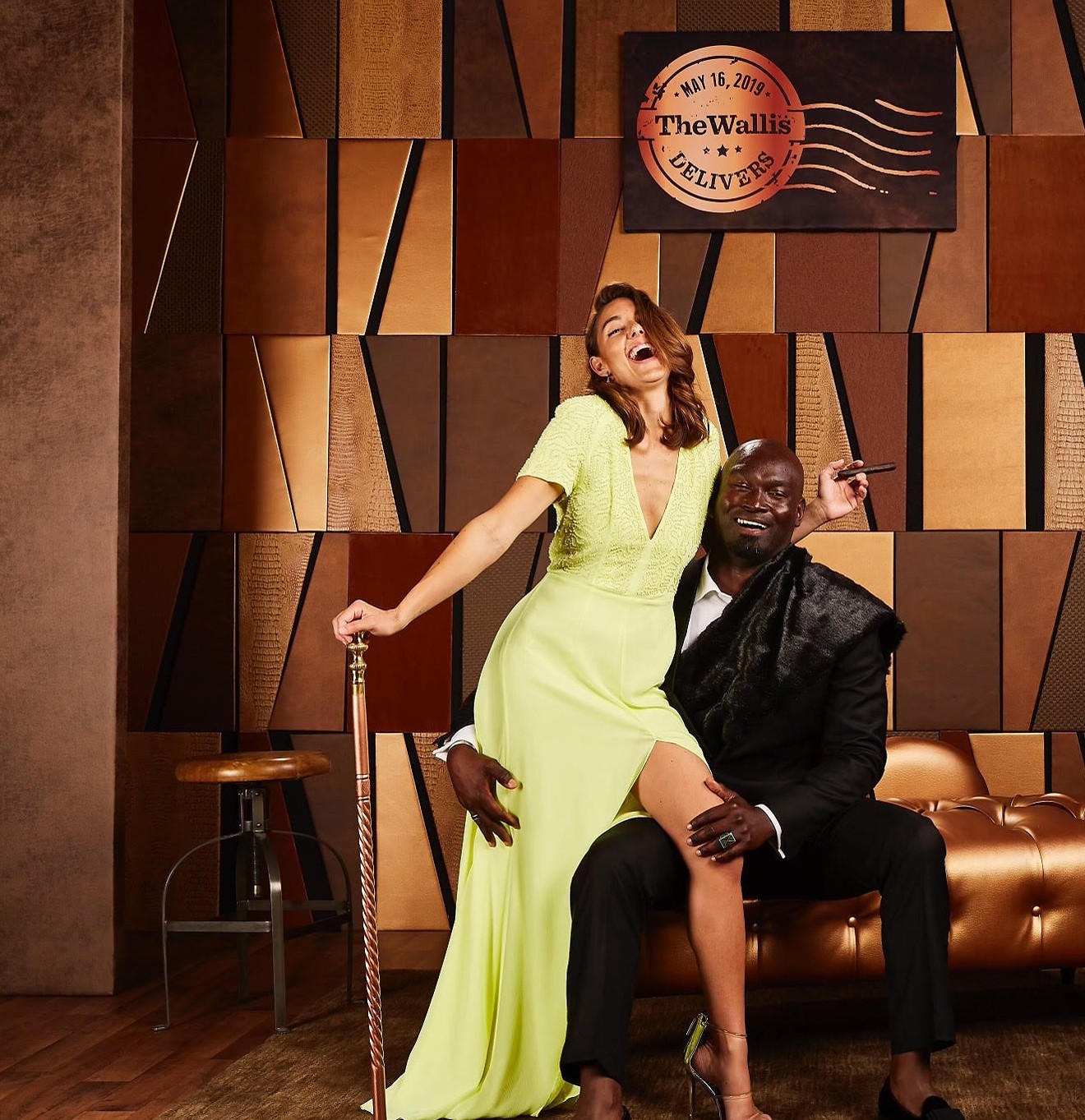 Photo courtesy of J. Parker, Ltd
Powerhouse Couple Stacey Orrico and Isaiah Johnson bring their soulful voices to Savannah.
If you have been looking for a reason to hit the town in your finest threads, Victory North Savannah is the place to peacock. On Thursday, July 22, J. Parker, Ltd presents "Sharp Dressed Men, and a Lady." Prepare for a night of sipping and swooning over the silky voices of Isaiah Johnson, Stacey Orrico, Roger Moss, and Trae Gurley. This powerhouse cabaret performance, with musical direction by Kim Steiner, welcomes everyone aged 13 and beyond. The show starts at 7:00 p.m. and features songs from the most stylish singers like B.B. King, Elvis Presley, Tony Bennett, Bill Withers, Nancy Wilson, Billie Holiday, and Savannah’s own Johnny Mercer. J. Parker, Ltd has dressed Savannah to the nines for over 40 years. The specialty shop, known for its luxurious and quality garments and accessories, has recently opened its third location at Plant Riverside District on River Street. Now offering women’s fine apparel in addition to its repertoire, the store has exactly what you need to outfit Thursday’s classy affair. Isaiah Johnson is no stranger to the stage. The talented actor has performed on Broadway as George Washington in National Tour of Hamilton alongside Lin-Manuel Miranda and Mister in the Color Purple on Broadway produced by Oprah. He has appeared in numerous television series including David Makes Man, Nancy Drew, Curb Your Enthusiasm, and Homegirls. Johnson’s high energy and professional stamina is sure to dazzle guests throughout the evening. Grammy-nominated Stacey Orrico has been entertaining her entire life. She grew up admiring the voices of Nina Simone, Ella Fitzgerald, Toni Braxton, and Lauryn Hill. Orrico’s musical influences inspired her soulful voice which would be recognized after winning a talent competition at 13. She released her first album Genuine in 2000. The Gold Certified album featured her hit single “Don’t Look At Me”, which remained at the top of Christian charts for ten weeks. She then toured with Destiny’s Child for their Survivor tour. The internationally recognized artist has toured the world for her loyal audiences. Johnson and Orrico married in 2016 and have made Savannah their home.
click to enlarge 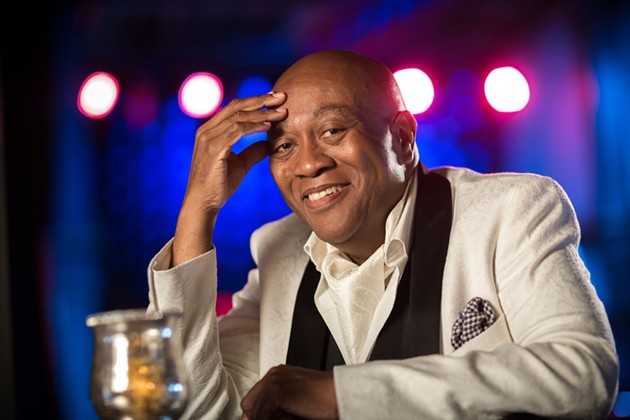 Photo courtesy of J. Parker, Ltd
Roger Moss delivers an unforgettable cabaret experience.
Roger Moss is an unforgettable performance in the Savannah scene. He has won “Best Singer” award for Connect Savannah. Moss’ voice grabs your attention and does not let go. Trained by the cabaret legend Andrea Marcovicci, Moss has graced the stages of the American Traditions Competition, Savannah Symphony, Beaufort and Hilton Head Symphony Orchestras, and the Memphis Opera. He is a staunch community supporter and Co-Founded the Savannah Children’s Choir, where the Hometown Hero served as executive director for 13 years. Kim Steiner, Music Director for "Sharp Dressed Men and A Lady," is the Musical Director and Producer of the SCAD Honeybees ensemble. He brings his cosmopolitan vision to the stage after performing as a pianist around the world. He has worked with Roger Moss has his musical director and pianist for countless cabaret performances. Together, Steiner and Moss’ musical chemistry will send sparks flying.
click to enlarge 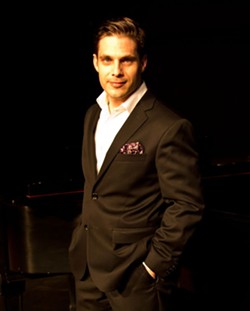 Photo courtesy of J. Parker, Ltd
Trae Gurley serenades the crowd with His Sinatra-inspired performance.
Trae Gurley will take you back to the height of Hollywood jazz with his smooth voice and suave appearance. The Frank Sinatra-inspired musician is a staple in Savannah, singing at the Annual Birthday Tribute to Johnny Mercer, alongside The Equinox Jazz Orchestra, and at private events across the country for hosts including Hotel Del Coronado, Rolls Royce, and the Museum of Modern Art. Gurley was inspired to pursue music after singing hymns in church with his grandmother. He is heavily influenced by the blues, soul, and country music. He pays homage to the classic standards with a passion and reverence that will light your soul on fire. Victory North Savannah provides the ideal backdrop for a night on the town. The venue opened in May 2019 and has hosted countless performances from award-winning artists to homegrown stars. Mingle, dance, and enjoy the evening as you are serenaded by a Savannah All-Star act. Doors open at 6:00 p.m. To purchase tickets, go to victorynorthsavannah.com/concerts. Victory North Savannah, 2603 Whitaker St, Savannah, GA 31401