Fans of the Atlanta Braves woke up on Monday morning with their team one game away from clinching the National League East Division for a fifth straight season. Despite what they might tell you, not even the most loyal Braves fans would’ve imagined October could start so sweet.

Atlanta ended last week with a three-game sweep of the New York Mets and began this week with a record of 100-59 and a two-game advantage over the Mets in the NL East race. At the time of this writing, the Bravos had a magic number of one to clinch the East. Since the magic number is down to a measly one game, I’m going to write this column assuming that Atlanta won at least one of three versus Miami or that the Mets lost at least one to Washington.

If one of those things did not happen...if the Braves enter the playoffs as a wild card team instead of as division champ, well then, charge it to the game. I will be the first to raise a hand and take responsibility for jinxing them.

Before we look ahead to what’s next for Atlanta, let’s take a moment to appreciate what this team has done just to arrive at this point. The Mets had a 79% chance to win the NL East entering the weekend series in Atlanta, according to Fan Graphs. By the time New York was swept, the Braves had a 98% chance at winning the division.

The Braves absolutely stole the division from the Mets. New York didn’t choke this one away, although that’s always a pleasing narrative for Atlanta fans.

On June 1, the Mets held a comfortable 10.5 game advantage in the division and Atlanta fans were thinking more about Freddie Freeman than anything else. From June 1 through October 2, the Braves put together a record of 76-32 (.704) while New York was 63-44 (.589) over that same stretch.

“It just didn’t go our way early in the year,” said Atlanta catcher Travis d’Arnaud after Sunday night’s 5-3 win over the Mets. “Pulling on the same rope, having each other’s backs and not trying to do too much. We’re just trying to play the game of baseball and have fun with it.”

Fun? Well, winning 70% of your games over 100+ games does seem awfully fun. Winning five of your final six games against your biggest rival while outscoring the Mets 42-19 in those games? Well, that seems like a blast.

Now, let’s hope the fun continues through October and (potentially) into November.

The defending World Series champions have given themselves a first-round bye in the new MLB playoff format, meaning they won’t play until the National League Division Series (best-of-five) begins on October 11. The NLDS matchup will likely have the Braves facing the winner of the Cardinals/Phillies best-of-three wildcard series while the winner of the Mets/Padres wildcard series gets the pleasure of playing the seemingly unbeatable Los Angeles Dodgers.

Dansby Swanson, Austin Riley and Matt Olson have taken turns and combined together to fill the void left by Freeman’s west coast exodus. Swanson seems to be the undeniable leader of the club, and his performance this year has earned him a nice, big contract entering free agency this offseason.

As an aside, the Braves had better find a way to keep Swanson in Atlanta. They can’t allow Freeman to walk then turn around and do the same thing with the star shortstop this offseason. Those concerns can wait until later, however. It’s playoff time in Atlanta and the Braves have a world title on the mind.

The City of Savannah recreation department is now registering teams for its adult (co-ed) fall softball league as the season begins on October 24. All teams will play two games every Monday night at Paulson Softball Complex (located off Skidaway Ave. in Savannah). Teams will play 10 regular season games before the playoffs start. The league fee is $275/team. For more information and to register your team, contact Kevin Smith at 912-210-0464 OR 912-351-3852.

If you haven’t already, please take a minute to subscribe to The Read Option newsletter at ConnectSavannah.com/newsletters. Each Saturday, I compile scores, stats, standings and notable performances from the high school football action in the area that week. Fans of prep football here in Savannah can find out which teams won, which players went off, and which teams are fighting for state playoff spots. Subscribe for free today, and tell a friend. 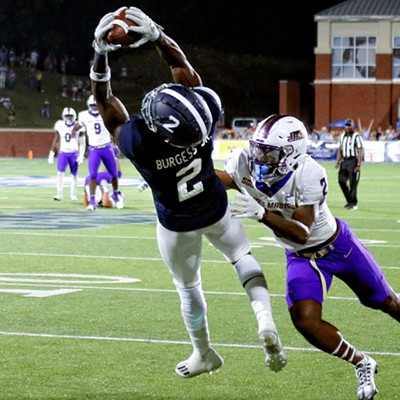 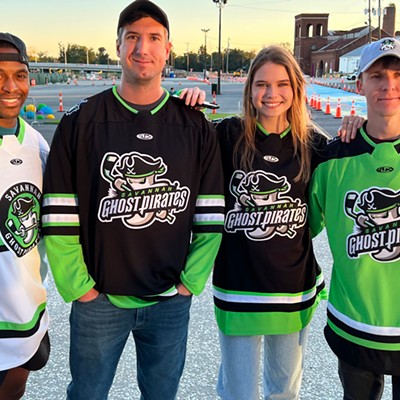 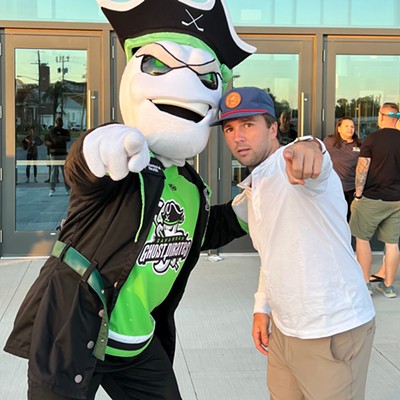