In a city as old as this one, it never takes long at all to find someone with a ‘remember when’ story to tell. If you spend any kind of time downtown Savannah on the regular, you’ve more than likely heard your fair share. In my line of work, I’ve heard dozens over the years.

Similarly, whenever food and the Eastern end of Broughton Street comes up with someone who’s been around for a minute, you can count on hearing about Juarez Mexican Restaurant.

Juarez enjoyed such a stellar reputation in its hey day that when it finally closed, it seemed like the locals were obsessed with another Mexican restaurant going into that space. Of course, that never happened. One local group took a shot at a couple of different concepts but the magic just never returned.

I think it is about to. 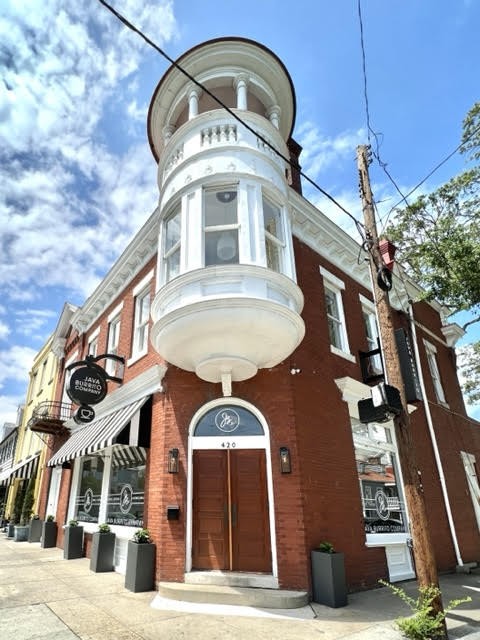 Java Burrito Company is the name of the new fast-casual restaurant to open on the corner of Broughton and Price Streets in the building formerly known as Juarez. They opened very quietly over the weekend, though going forward they will be closed on Mondays.

Java Burrito is new to Savannah, but they’ve been around for about a decade on Hilton Head Island. What began there as a coffee shop that served tacos and burritos expanded into a very popular mid-day oasis on that island. You want a coffee and a nosh but your girlfriend wants a margarita? Boom, they’ve got you covered. It’s not at all uncommon to see a huge line out the door at lunch time on Hilton Head Island. Yes, it’s that popular. Now they’ve expanded to our side of the Savannah River.

The good news for the ‘purists’ looking to hang on to yesterday is that it is Mexican food. The bad news for that crowd is that Java Burrito is not a sit down restaurant. You order at the counter and pay, then take a number. The bounty eventually makes its way to your table. The front room is home to the bar, serving any kind of coffee you can imagine as well as beer, wine and cocktails. The back room is the taco and burrito bar.

You know, party in the front, business in the back.

The menu is painted on the wall. Floor to ceiling. 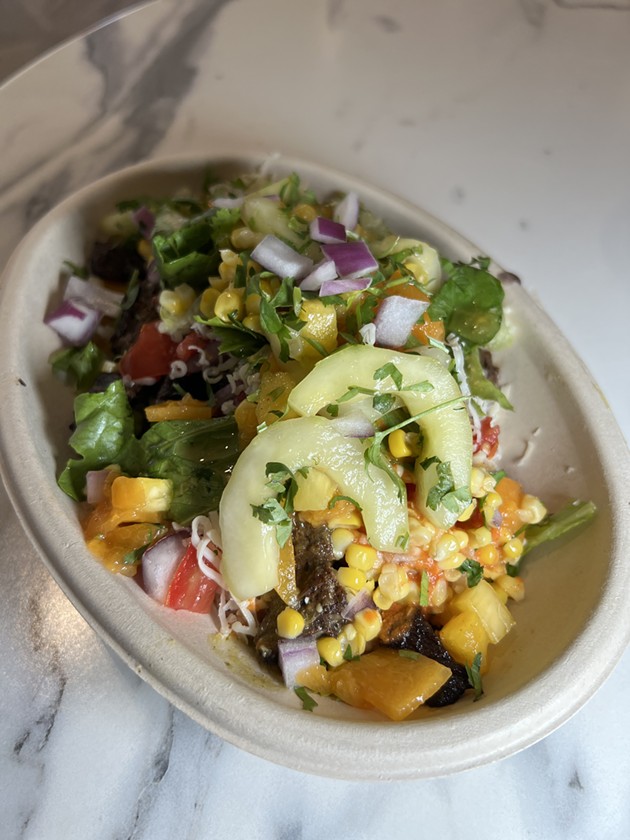 I had a laugh Sunday afternoon watching a group of 20 somethings float through. I overheard one young lady tell her friends “They have a Chipotle in the back!”

Yes, that is your best visual. You pick your burrito or taco fillings and slide to the right until it is time to add soft drinks and pay. Though, for the record, I would not compare this food to Chipotle. I like this better. Largely because I’m just not a fan of Chipotle. It happens.

For those who are familiar with the space, the downstairs area has been described to me as a ‘catch all.’ I imagine the vision is for students and or tourists to hang out and cool off in the middle of the day. It will eventually also double as event space. I believe this is going to do very well.

I can say that knowing full well that some residents of the neighborhood on that end of Broughton Street will be disappointed not having a full service restaurant in that space. But I can also say that because I can see what that end of downtown needs. It needs a spot to dive into for protection from the heat in the Summer months with options for a quick bite or sip of something refreshing. Hi-octane or not.

You’ve got plenty of options for a sit down meal downtown. This one is going to be perfect for a hit and run. Including breakfast burritos and tacos. They’ll open at 7:30 every morning. The back room has a television in there so you are invited to hang for a little bit. I imagine the downstairs will as well.

They will have some logistics to workout once they start seeing heavy volume, but I’m sure it will be sorted out in time.

The renovation is beautiful. It’s very bright, modern and welcoming inside yet housed in a building that was once a grocery store toward the end of the 1800’s.

The energy will be different, that’s for sure. The crowd will almost certainly be younger on average and that’s a good thing.

Then, 20 years from now it will be their turn to Facetime their friends about that Mexican place we had on the corner of Broughton and Price.

Same as it ever was, right?