JEFF BURR, one of the horror genre's most revered directors, has been a major player in the film industry for decades. He’s perhaps best known for directing Leatherface: Texas Chainsaw Massacre III, a film with a complicated history that ultimately earned cult classic status.

Burr’s displeasure with aspects of the final product has been well documented, and he’s been outspoken about his feelings on the film since its release in 1990.

Burr is coming to Savannah for Graveface Records and Psychotronic Film Society’s FrightFest, a horror movie marathon at the Lucas Theater on September 29, where he’ll do a Q&A following a screening of Leatherface. We spoke to Burr ahead of his appearance. 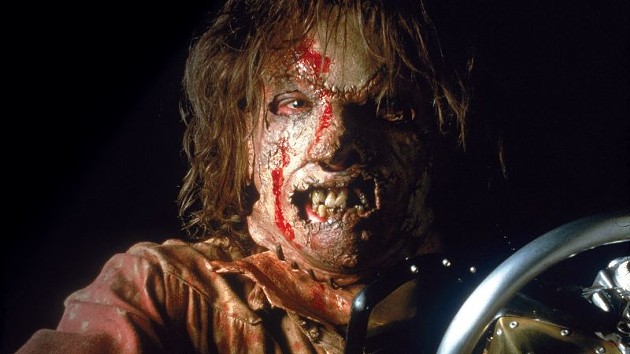 Early on when you were discovering filmmaking, were you a fan of the horror genre? Or was it something you found later? What films influenced you when you first started?

Yes, I was always a fan of horror films and outre cinema. Not exclusively, of course, but I loved horror, sci-fi and action films. Seeing a film like 7th Voyage of Sinbad in its 1975 re-release made me want to make movies, and the film that had the biggest impact on me was 2001. I saw it as a little kid on its first release and many times afterwards. Saul Bass's Phase IV was a big influence, as was Dawn of the Dead and the early films of David Cronenberg.

How did you get involved in Texas Chainsaw Massacre III?

I got involved in Leatherface in a very traditional Hollywood way. My agent at the time asked me if I'd be interested in taking a meeting on the film, as New Line was looking for a director. I said sure, and she set up a meeting with them. I met with Michael Deluca and another producer who ended up not being involved with the film.

I gave them my thoughts on the script they had, told them some ideas I had, and how I liked to work. And that was it. I think that meeting was in April of 1989. And I didn’t hear anything from New Line, and figured out quickly that I didn’t get the job for whatever reason. But then, about two months later, my agent gets a phone call from New Line asking if I am still available...the director they hired, Jonathan Betuel, had left the project for some unknown reason. They said that I was the second choice, which couldn’t have been further from the truth!

There was a ticking clock as the film had a release date that couldn’t be moved - November 3, 1989. So I jumped in with precious little prep time and certain things were immutable, like filming in southern California. I, of course, wanted to go to Texas but it was impossible as they had started to construct two big sets (the gas station and the family house) etc., etc.

As for creative control, I tried to put in every ounce of my creativity to the movie, from casting through shooting through post. I did not particularly get along with the line producer, but that is nothing new! I was very happy with the cast that we had overall, and they were all gung ho. One of the things I wanted to do that was too expensive, etc. was having the climax in the rain, and have Leatherface on horseback wielding the giant saw like a sword, to pay off the Excalibur vibe of the trailer.

One underappreciated aspect of the film is Jim Manzie’s score. How much involvement did you have in that part of production?

I had worked with Jim Manzie on my previous two features, and he had done marvelous work on next to no money. I brought him in, and he was approved by the music department of New Line, headed by Kevin Benson. I was very involved with the music, and always am. Jim did a wonderful job with the score, and we had and have a great working relationship. Where music goes, and just as importantly doesn’t go, is huge.

A good director is involved in every aspect of the film, as every phase can make or break the total experience of the film.

You’ve been very outspoken about the interference of studios, budget restraints, etc., in the creative process. Are there ways filmmakers and artists in all areas can create art and get the funding they need without having to worry so much about business getting in the way of artistic endeavors?

The film experiences that have been the most rewarding are the ones in which I have had control and final cut, etc. Those movies are From a Whisper to a Scream, Eddie Presley, and Straight into Darkness. My argument has always been that as long as I am on budget and on schedule, the producers should leave me creatively alone. I was hired for my creativity and point of view, and so let me exercise that! It sounds logical to me, but man oh man it is almost never like that in professional filmmaking. You spend so much time justifying your creative decisions that it is almost anticlimactic to actually make the film!

There are so many ideas that come on the set, when you are actually in the process, “accidents” that might spur on even better ideas, moments the actors give you that spur other creative thoughts. Those are the joys of making a film! One of the main things I have learned is, “Take your joy in the process, not the result.” Because the result is often out of your hands.

There seems to be a shift in tone and approach with horror films, especially in the past year. Get Out examines racial issues but presents them in a disturbing way. Do you think the future of the genre is more social and political?

Many horror films have been political, in discrete ways and in obvious ones. The good ones always reflect the mood of the times they were made, and the horror genre was made for societal metaphor.

A movie like Cronenberg’s The Fly from 1986 could absolutely be viewed as a metaphor for AIDS or addiction. Romero’s Dawn of the Dead was one long, scary, funny, and ultimately touching metaphor for America in the 1970’s. Get Out is just the latest in a long line, and I am happy to see it. The horror films that really affected me always had those multiple layers, beyond just the rollercoaster scares.

Why are conventions, film festivals, and events like these are important for filmmakers and audiences?

So the filmmaker has to be sharper than ever, better than ever, and cleverer than ever to get something made that people will want to see.  I think the audience has gotten lazier than ever, for a variety of reasons.

But there are always events like FrightFest that will introduce savvy audiences to new experiences, and seeing a film in a theatrical context with an audience always enhances the experience.  Hats off to Ryan Graveface for curating nights of new and old films for the unsuspecting city of Savannah!