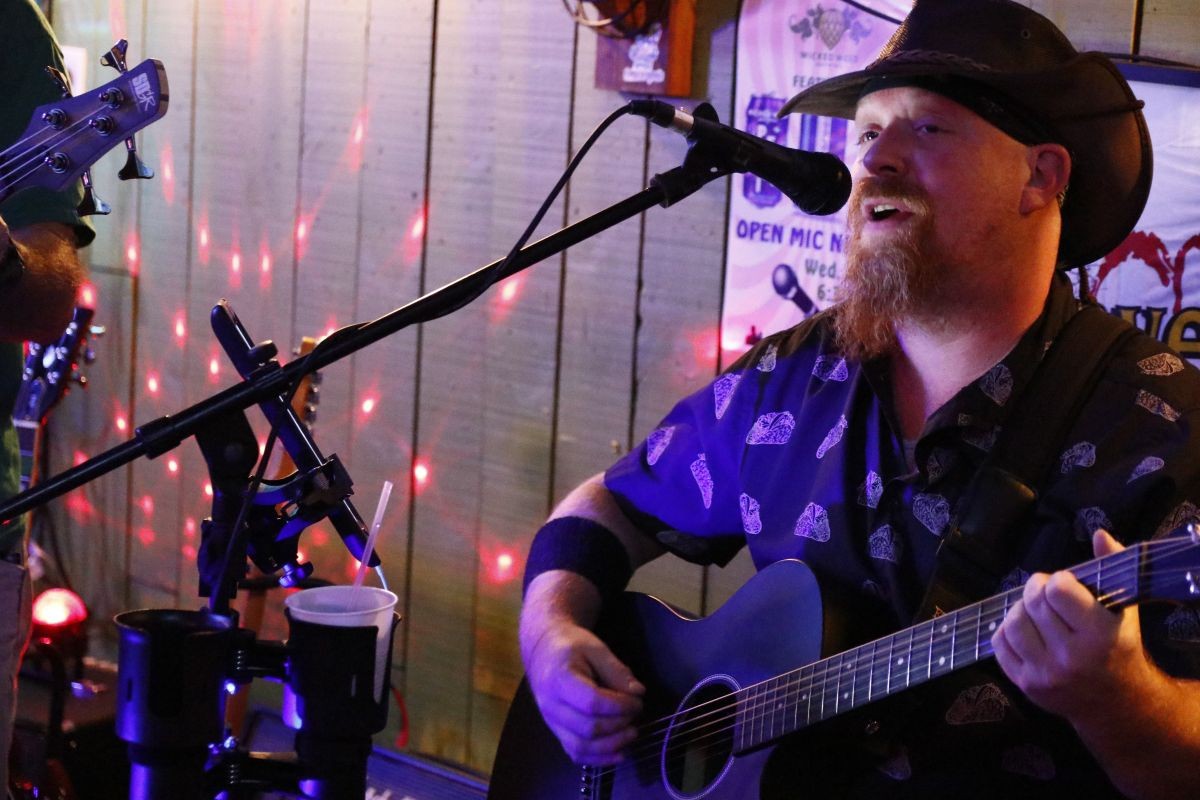 OPEN-MIC NIGHTS are often a great way for aspiring musicians to gain experience playing in front of a live audience, and Savannah has never been in short supply of this inspiring form of entertainment. A city as culturally rich and diverse as Savannah, with its multitude of artists and musicians, becomes fertile ground for that singular and unforgettable performance.

Sadly, the pandemic and social-distancing protocols have had an impact on these events, with many businesses having to forgo this time-honored tradition. Fledgling musicians who have been using this period as an opportunity to stay home, practice their craft, and strengthen their abilities now have a chance to come out and flaunt their new techniques. Each Wednesday, The Sand Bar at 1512 Butler Ave on Tybee Island becomes home of the “Open-Jam” hosted by veteran Savannah musician Jeremy John Riddle.

The open-jam format is unique because it allows people to play with other, experienced musicians without feeling the pressure of being alone on stage. It gives people a chance to jam with others and unlike a traditional open-mic, a solo-performer can enjoy the benefit of a backing band.

The omnipresent Jeremy John Riddle makes a perfect host for this type of event. He’s encouraging, welcoming and has a rare ability to connect with any genre of music. As a solo musician, Jeremy can often be seen around town with his laptop and loop effects, which he uses to combine musical styles – masterfully recreating the sound of an entire band. He is well-versed in everything from pop and reggae to country and classic rock.

“If there is a song you want to play, we likely already know it,” says Jeremy, “so bring your instruments and let’s jam!”

Jeremy is joined onstage by Mike Pavlis on guitar/bass, James Cannon Jr. on guitar, and Dawon ‘Henny’ Henderson on drums.

Jeremy says because he often plays solo, that he really appreciates the chance to connect with other musicians and collaborate on new material with new people. Join Jeremy and the band on Wednesday evenings from 6:30-9:30pm at The Sand Bar. Don’t forget to bring your instruments!

In For A Penny @Huc A Poo's