Jimmy Herring and The 5 of 7 @Victory North

To call Jimmy Herring a legend is a bit of an understatement. The versatile guitarist has played with everyone from Widespread Panic (his current "day job") and The Allman Brothers to Phil Lesh and Derek Trucks.

Herring has always seemed to have time for his own incredible projects amid such a hectic schedule, and these days he’s got an exciting new band called The 5 of 7. The band features a group of esteemed musicians that include bassist Kevin Scott, drummer Darren Stanley, keyboardist Matt Slocum, and guitarist Rick Lollar. 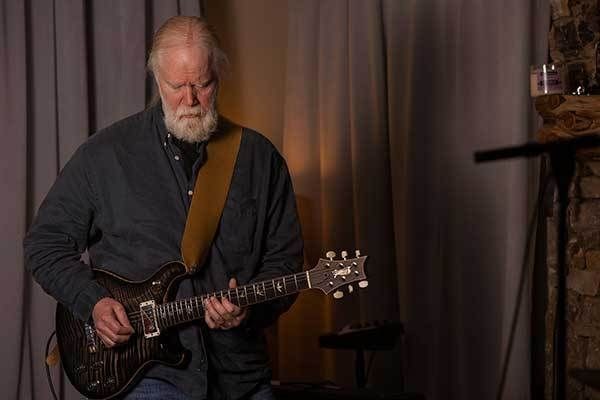 As Herring explained in a press release via his website, he’d become aware of his future bandmates through a band called King Baby.

“I couldn’t help but think, man, if I could get together, play some of Rick’s songs, some of my songs, some covers, and maybe write a few things together, we may be on to something,” Herring said in the press release, describing Lollar in particular as a “really powerful singer.”

“Some of his favorite singers are Donny Hathaway and Stevie Wonder, and those are some of my favorites, too.”

The 5 of 7 showcases Herring and company’s love of jazz and R&B, with those styles making their way into the band’s unique sound. With the band being vocal-centric, it allows Herring’s guitar playing to shine in a different context from other projects he’s done that are more instrumental-oriented.

“With instrumental music, people expect to hear your solos, but they’ve just heard you play the melody! You can overexpose your voice,” he said of the added vocal element in the new band.

“With Rick, I can play behind him, then step out with a solo, and give a fresh feeling to the song — take it to another place.”

“There’ll be vocals, there’ll be instrumentals. There will be funk and rock and roll, with some songs leaning towards more sophisticated harmony...but, to me, it’s just music,” he added in the press release.

Herring’s career took off in full force when he began his stint as guitarist for Col. Bruce Hampton’s Aquarium Rescue Unit. That gig led to perhaps his most high-profile: replacing Dickey Betts in The Allman Brothers Band. His tenure with the Allmans was relatively brief, but it led him to a number of projects including the critically acclaimed Jazz Is Dead as well as The Dead—an offshoot of The Grateful Dead founded by some of its members.

Then came his longest-lasting job—Widespread Panic. Since initially stepping in as a live fill-in in 2005, Herring has become a full-on member who regularly tours and records with the band.

With Panic going strong and his musical legacy cementing itself every day, Jimmy Herring’s newest project further solidifies the fact that he’s one of the most in-demand, eclectic, and imaginative guitar players around.