IT'S A Savannah tradition: get dressed up, liquored up, and go home soaked in fake blood sloshed out of a kiddie pool. Yessir, 'tis the season for cover bands, GAM and blood wrestling: it's Jinx-O-Ween!

A two-night affair at Connect Savannah’s reader-voted Best Overall Bar, Best Live Music Bar, and Best Downtown Bar, Jinx-O-Ween kicks off with cover band night, an evening in which local musicians get together to pay tribute to their rock ‘n’ roll heroes. 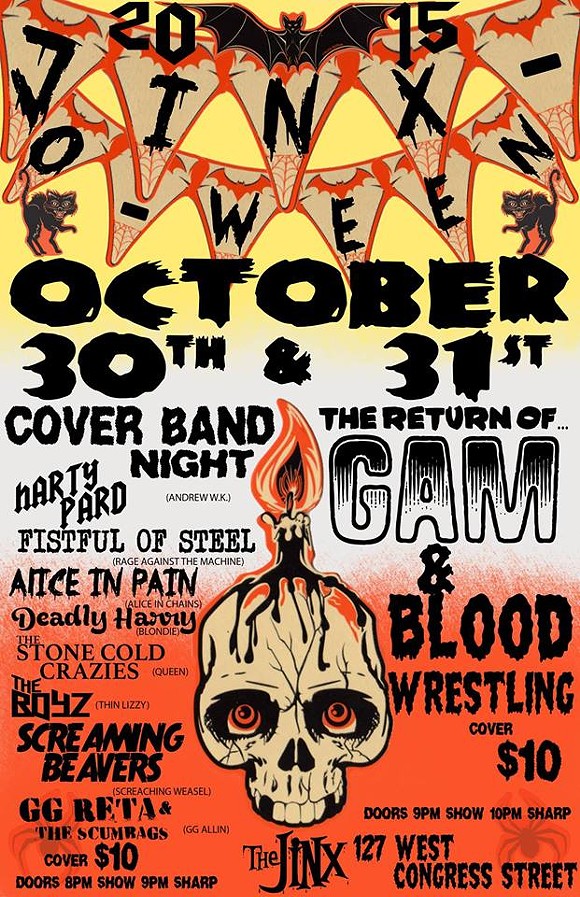 This year, look forward to Greta Odrezin of The Toxic Shock and the boys of Crazy Bag Lady as GG Reta and the Scumbags (GG Allin), Jeff Two-Names and the Born Agains as Screaming Beavers (Screeching Weasel), members of Sins of Godless Men as The Boyz (Thin Lizzy), Thomas Claxton & the Myth as The Stone Cold Crazies (Queen), EZ LVR as Deadly Harry (Blondie), Alice in Pain (Alice in Chains), members of Bear Fight! and White Treasure as Fistful of Steel (Rage Against the Machine), and Hot Plate as Harty Pard (Andrew W.K.).

On Halloween Proper, take advantage of the return of Savannah freak rockers, the inimitable GAM, followed by four women entering a pool full of fake blood and wrestling until one ghoul leaves triumphant.

Maybe fit a nap in there somewhere on the 31st; you don’t want to miss this.