Water’s Edge Counseling is located at 2103 Bull Street. Call 912-319-5552 or visit watersedgecounseling.com to set up an appointment.

WHITNEY OWENS has always been into talking it out.

A licensed therapist at Water’s Edge Counseling, Owens got her start meeting with student leaders when she attended the University of Georgia.

“I found myself entering into this counseling with them. Even though it wasn’t professional therapy, they’d come to me with problems and we’d solve them together. People would call me because they had problems—not even the people I’d mentor, just friends calling me. I felt like I could see things in a different way. People have told me, ‘You do a good job putting the pieces of the puzzle together.’” 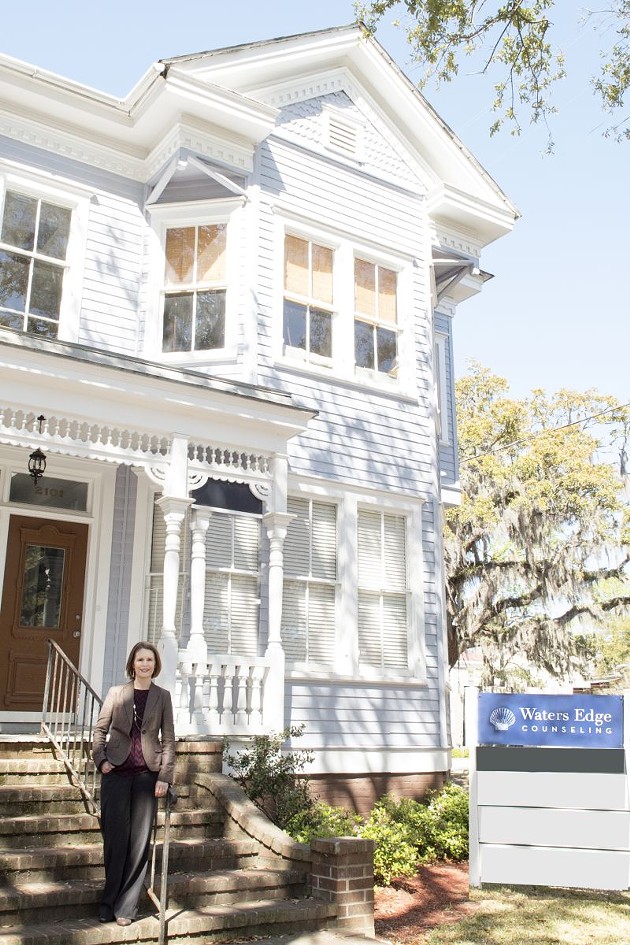 Since then, Owens has taken her listening ear to a professional setting. Owens sees about 15 patients a week, focusing primarily on teenagers and college students.

“I specifically love working with teenagers and college students because that’s a time in my life I wish I had gone to counseling,” Owens shares.

“Lots of family stuff—parents divorced right when I started middle school, and I felt very sad and lonely. That helped me have that calling to want to work with teenagers. Their parents tell them, ‘Oh, you’re just having hormones.’ Or, maybe, they’re having a problem that you need to deal with.”

Water’s Edge is just down the street from Arnold Hall, so Owens sees a lot of SCAD students.

“College students are coming in because they’re stressed about school,” she notes. “When they come in, it’s about meeting them in their place of need and going into the other things associated with it later.”

Owens says the most common complaint she gets in her office, and in life, is anxiety.

“Our culture is full of anxious people and is in desperate need of change,” explains Owens. “College students feel more than ever overwhelmed by multiple concerns such as grades, friends, significant others, parents, work—the list goes on.”

While Owens recognizes that anxiety exists in all of us, she says help should be sought when it affects your daily life to an extreme.

“Does your anxiety impair your ability to function? Are you able to do the things you need to do throughout the day? If your anxiety makes it difficult for you to live your day, then it’s a problem,” she says.

“It’s one of the most effective therapy [methods] for depression and anxiety,” Owen shares. “It all stems from the idea that we have thoughts that lead to emotion that lead to behaviors. Our thoughts, if they are irrational, lead to irrational emotion and irrational behavior.”

For instance, if someone gives you a dirty look on the sidewalk, rational thinking would lead to a rational response, which would be to assume the person is having a bad day and keep it moving.

However, irrational thought would turn that glare into your fault and make you think that the person is angry or displeased with you. In turn, that might lead you to exhibit irrational behavior, like being in a bad mood the rest of the day or giving someone else a dirty look. 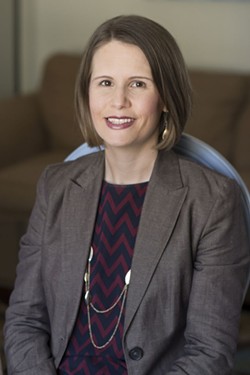 “A lot of it is unconscious—we don’t even realize it’s happening,” Owens says. “A lot of therapy is about being able to identify your emotions, understand the thought that led to the emotion, and thinking through if it’s a rational or irrational thought. A lot of the time, it stems from something in our past, or something we learn to believe about ourselves or about the world. It’s an ingrained belief we don’t know is there.”

Above all, Owens stresses that therapy is for everyone.

“A lot of times, I have clients say, ‘Oh, I thought I had to have all these problems to come in.’ It’s not so intimidating,” Owens says.

“Sometimes at the beginning, if they seem really uncomfortable, I’ll address the fact that, hey, counseling is uncomfortable. This is a different kind of situation,” she says.

“But I have lots of people who come in and are functioning fine. Nobody would ever know there were issues at home. Sometimes I address that to make them feel more comfortable and feel better.

“15% of what makes clients feel better is scheduling the first appointment.”