Donation at the door; half of proceeds go to Niema Ross family

ON-the-scene mover and shaker, Joe Kapcin, releases his first EP of original music "Heavy Books" Saturday, Nov. 10 at the Wormhole in Savannah. The release also celebrates the life, love and passion of local music aficionado, Niema Ross, who died on Oct. 28, 2018, from complications due to asthma. 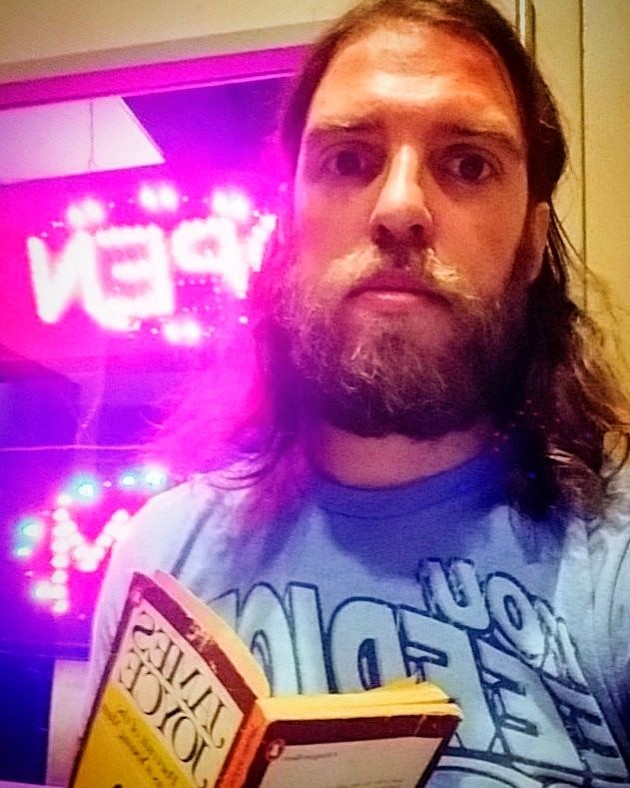 “I’ve always found inspiration and release in punk and metal,” says Kapcin, “Those are in these new songs but they’re also indie pop. Actually, this is the first time I’ve made a record where I’m singing and playing guitar. It’s my material, and I’m happy how what I took to the studio with just my lyrics and guitar turned into something bigger.”

In January 2018, Kapcin brought the bones of his songs to Peter Mavrogeorgis of Dollhouse Productions, formerly of Savannah now based in Atlanta. Mavrogeorgis produced the tracks adding layers of electric guitar and called in drummer David Murray and keys player Veronica Garcia-Melendez, both of the rock duo Bero Bero. Together they worked to add nuance and layer upon layer to Kapcin’s songs.

By the end of April the tunes were finished and had taken shape under the moniker “Heavy Books.” It was all catharsis for Kapcin who had recently come through a bad breakup. “When things were really tough David was supportive,” recalls Kapcin, “He told me ‘dude, your songs are good and I want to record them with you.’ It helped me keep going.”

The songs explore love, loss of love and coming to terms with that range of emotion break ups often put people through. “I kept pushing and so did Peter for me to write good songs,” says Kapcin, “songs with lyrics and melodies that paint clear pictures about the people, time and places they’re about.”

The song “Pen to Paper” was one of the first ones written. “It was right after the break up, and it’s more of an apology offered even if it’s not accepted,” explains Kapcin, “Or maybe like an explanation that’s never fully understood by the other person.”

The song “Garbage Can” was written after some time had passed with clearer perspective on the broken relationship. It’s upbeat vindication, a playful telling-off. “That song was light at the end of the tunnel, that the problems in the relationship wasn’t all me. It takes two,” reflects Kapcin, “two to make a relationship.”

Kapcin also acknowledges the healing power of writing and making music. “Finishing these songs helped me come to terms with creating something, sticking to it and staying determined. The process helped me understand who I am. If I’m not creating, I’m falling apart. I have to be in some kind of creative process to be who I am.”

The EP release also honors the life and community contributions of Niema Ross. Kapcin and Ross became friends several years ago when they worked together at barbecue restaurant Blowin’ Smoke. “She was a bartender and we first got to be friends over music. We talked music and life a lot,” remembers Kapcin, “Niema was always real and encouraging and came out to see me play. She came out for so many bands. Music was something she loved and she always wanted to be on stage. She had music passion but had no time. Niema was a pillar.”

Niema Ross—writer, freelance journalist, podcaster, infinite supporter of Savannah’s art and music community, steadfast crusader for social justice—died Oct. 28. Tragically, the more-than-fulltime working mother of three could not afford the prescription for the albuterol inhaler she needed to keep her lungs clear to breathe. Her passing leaves many stunned and grieving in the Savannah community.

“My son Dylan is 11,” says Kapcin, “As a father I wouldn’t know what to do if my son’s mother passed away. I just want to help at this time.”

The release party kicks off at 10:00 p.m. The door cover is donation-based; half of the money raised from the door will be donated to Niema’s family and children. “My thought,” says Kapcin, “is that people tend to be more generous when the door is on donation, especially if it’s for Niema. I want to maximize what we can give her family.” Half of the night’s “Heavy Books” EP sales will be donated to Ross’s family as well.

Also on the bill is the power-punk duo, Lung, from Cincinnati, Ohio. Kate Wakefield handles vocals and electric cello; Daisy Caplan takes care of drums and percussion. Together they create a hard wall of head-banging sound with multiple loops and high-energy percussion.

The night promises to be both catharsis and celebration. “Heavy Books,” ponders Kapcin, “I want people to know this album saved my life. Making it saved me from jumping off a bridge. Made me remember who I am. Niema’s passing reminds me how fragile we all are. At this time I want to lift her up and honor her life for all the times she held and lifted me up.”