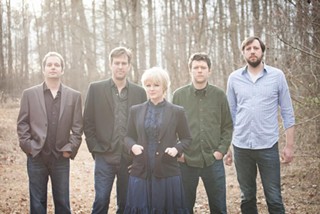 Since his surprise departure from the Drive–By Truckers three months ago, guitarist extraordinaire John Neff has been busy with a project he's been working on for a year.

The band, featuring singer and bassist Shonna Tucker (who herself left the Truckers in 2011), is called Eye Candy. The southern rock outfit makes its Savannah debut Saturday, March 9 at Mojo's Juke Joint.

Where the hell is Mojo's Juke Joint, you ask? Fair question. The rock 'n' roll club is at 307 W. River St., in the space formerly occupied by Live Wire Music Hall. Mojo's officially opens March 8, with a Heyrocco show.

Back to John Neff. Born in Ohio, he arrived in Savannah at age 12 and didn't leave until he was 23, hightailing it up to Athens to play with a band called Redneck Grease.

"I started listening to Merle Haggard and classic country," he says, "and I really loved the sound of it. I had a lap steel that I'd been playing in a band called the Stretch Marks, in Savannah. And so I just took the plunge and bought my first pedal steel. It was a student model. And yeah, it was hard to learn — it still is sometimes."

Neff laughs at the memory. "I got that first pedal steel on Halloween of '94. And then I moved to Athens the day after Christmas. And I started playing with a bunch of people who didn't mind me kind of learning as I went. They thought it was OK — they would say that it was cool because I didn't sound 'slick.'"

It was in those early days that Neff became acquainted with Drive–By Truckers founder Patterson Hood. "I was an original member of the Drive–By Truckers," he says. "I played on the first two records. Patterson will never say that, but it's true — I was in the band for the better part of a year. Patterson kept talking about his friend Cooley from Alabama, who was going to come play with the band. I was like 'yeah, right, whatever.'"

Hood and (Mike) Cooley went on to take the Truckers to bigger and bigger heights (Southern Rock Opera, Decoration Day) while Neff didn't "officially" join until 2006, when Hood invited him in to replace the just–departed Jason Isbell.

Tucker's sudden departure from the band seems to be a sore spot for Neff ("I think I'd better let Shonna tell you about that"); Eye Candy began recording an album of Tucker's songs in early 2012, and it's currently being shopped around.

As for his own exit from the band, Neff says he hung on for as long as he could, mostly because he needed to keep making money.

Without telling Hood, Cooley or the other band members, he announced he had quit being a Drive-By Trucker via his Facebook page. 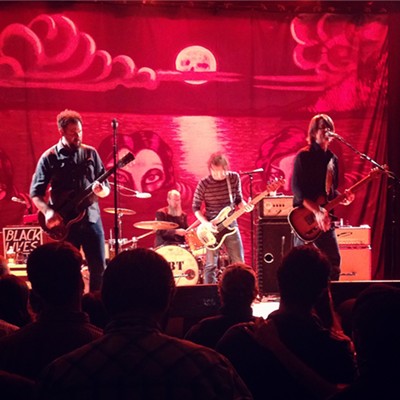 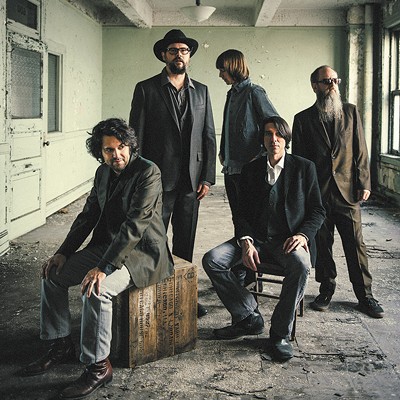 More »
More The Music Column »
All Music & Clubs »
Comments (1)
Add a comment
Subscribe to this thread:
By Email