MARCHING bands, dignitaries, floats and the day off from work. Who doesn’t like a parade? It’s a make-believe world of happiness.

This story is about a parade. But it’s really about what happens when you apply “parade day principles” to the other 364 days of the year.

“The parade is just a hook,” says Pearce, a spark of energy you’d never call a “bum.” “What we want to do is have people come together to dialogue and talk.” 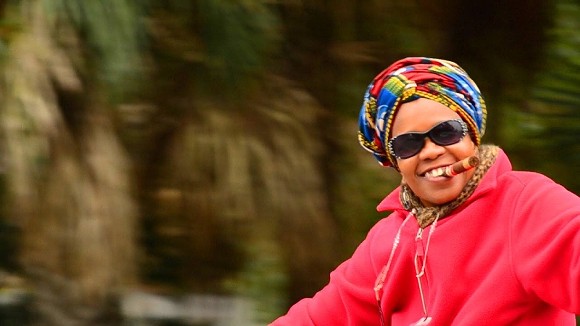 Pearce helped start the January observance, called Tybee MLK, for a number of reasons. For one, Tybee Island previously didn’t recognize the federal holiday at all.

For two, Pearce got tired of a certain pair of spring weekends stirring the pot of racial animosity on this spit of sand. The place is just too small for lingering hatred.

“We realized that Orange Crush is treated like no other event on Tybee,” she says of the April beach party that attracts black college students from around the Southeast.

Tybee MLK grew partly out of Pearce’s persistent questions. Why was the pier closed? Why is there a perception that this event is somehow worse than others?

“Something has to not sit well and then you have to look at it, examine it and see how we can make it better,” she says. “I thought maybe we needed some dialogue about that.”

During this year’s Orange Crush, Pearce pedaled around on her three-wheeled bicycle, corralling volunteers who served as eyewitnesses and ambassadors.

They asked the visitors questions of their own: How are you? Where are you from? What are you studying? Welcoming them and making conversation, imagine that!

“Everyone has an obligation to pay attention to what’s going on around us,” she says. “We get real dangerous because we say that particular thing doesn’t affect me.”

“Tybee is a place where we take care of one another, we love one another,” she says. “Resolving conflict nonviolently means that we come together to have a discussion.”

How Tybee Island proceeds to discuss Orange Crush (and every other big seasonal weekend) is a matter Pearce and others at Tybee MLK will follow closely.

But for right now, she’s helping to plan next year’s parade, celebrating her daughter’s graduation, getting ready to become a grandmother and watching her health.

A multiple sclerosis diagnosis left her with another reason to heal her little patch of the Earth. A progressive neurological thief of life, MS affects 400,000 Americans.

“I’ll do as much as I can as long as I can,” she says. “And maybe that’s where this Tybee MLK stuff comes from because I don’t know how long I’ll be able to do. And I don’t want to be a person who says ‘coulda’ or ‘woulda.’ You do what you can while you can.”

This deeply spiritual woman, a member of All Saints Tybee Episcopal, a preacher’s daughter and a preacher’s mother, knows that each day must represent our holiest days.

“We need to live lives of abundance,” she says. “Life is good. And we should be around people who feed us in the sense that they make us grow stronger.”