THE DAYS are long gone when music writers felt compelled to compare Justin Townes Earle to his father Steve Earle.

With a sound that owes at least as much to classic country, blues, and swing as it does to the more folk/alt-country sound of his dad, the younger Earle has amassed a body of work that more than stands on its own, with a following to match.

The same profound gift for storytelling is there, however, as is a lyric tendency to shoot straight and observe life with a certain dark, fatalistic wit.

A new album, Kids In The Street, is set for a May release on a new label, New West Records. There’s already a single out, the propulsive “Champagne Corolla.”

Justin Townes Earle plays a solo set at the Savannah Music Festival on April 7 at the Ships of the Sea North Garden. We spoke to him last week. 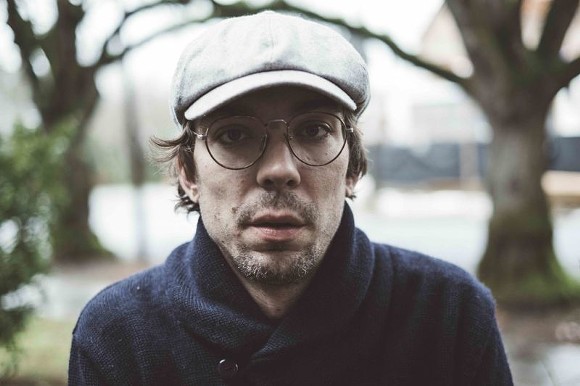 This tour behind the new album is a mix of solo and full band shows. This is a solo set here, right?

Yeah, I’m doing a few solo shows, just me and my guitar, before the other stops on the tour. After the Savannah show I’ll be going into rehearsal with the full band, for the rest of the shows. But there’s almost never really a time when I’m not on the road somehow, somewhere. It’s a tour that never really ends.

The flip side is there’s been a real renaissance for live music. Is that mostly the industry or what?

How much does your set list change from a solo set to the full band? For example, will it impact performing new material?

Doesn't matter, it stays the same. I do represent them differently. But since I'm a singer-songwriter, I write all the songs myself, just on my guitar, anyway. Then I present them to the band. The various accoutrements are added in that setting, with the added instrumentation, but it's the same basic song.

The only track out from the upcoming album is "Champagne Corolla." Is this driving, robust sound sort of a one-off for the first single or more typical of the whole record?

That's a fairly representative tune. This record is sort of pushing things back to my original love of Delta music and early rock 'n' roll. Ike Turner, stuff like that. I wanted to make a record that's more raucous maybe than some of the more recent albums, and get back to that old sound.

You grew up in Nashville but moved away. I'm curious about your relationship with your hometown now that it's become such a huge center of indie and rock music in addition to country/western.

Nashville's not Nashville. Not anymore.

Now, Nashville’s always been a strange conduit of a sort of off-the-wall rock scene. That kind of thing’s not new. That was already going on in the ‘80s.

The problem that’s happening now is Nashville has become so disconnected with its past. And there are people there now who have an active disdain for Nashville’s past. They don’t want it there and want to see it gone.

They all go there thinking they’re gonna reinvent the fucking wheel. I don’t need my country wheel fucking reinvented, thank you very much (laughs).

Who’s responsible? The country music industry? The influx of hipster culture to Nashville?

I wouldn’t chalk it up to hipsters. I’d chalk it up to blowdried douchebags from elsewhere who come in to tell everyone else how they should do things. It’s not the kids in floppy hats who are messing up country music, it’s those douchebags.

Oh God. Don’t get me started. I cannot stand that fucking shit. That is the most bullshit idea of country music you could ever come up with. I mean that is just the worst kind of shit imaginable.

If you think that shit is country you can kiss my genuine Tennessee ass. (Laughs)

Didn’t it sort of start with the whole Garth Brooks cross-over thing, though? When country became a form of pop? 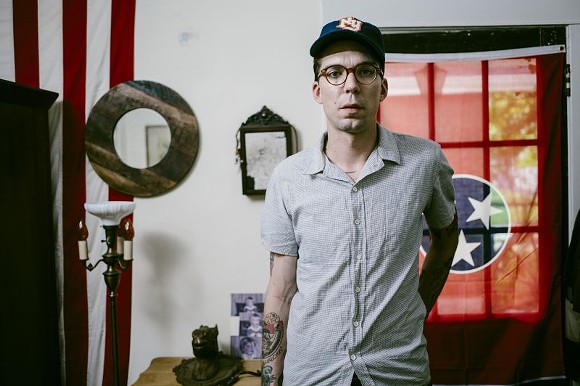 I'm fascinated with your guitar playing. You have a pretty unique and rhythmic fingerpicking style. Is that your invention or something you picked up?

A lot of it I picked up from others, but my own curve on it is the main place it comes from, I guess.

A lot of what I do on guitar I got from Malcolm Holcombe. I got very into his music as a young teenager, I’m talking about maybe 13 years old. I became fascinated and intrigued with what all he could do.

He plays the guitar with this sleight of hand thing. It’s amazing to watch. He would just like move his wrist a little bit, and all this stuff came out. It just didn’t make sense to me but I loved it.

What I do is an extremely bastardized version of what he does. When he plays it’s just so clean and flawless.

What kind of set can we expect in Savannah?

It’ll be a good mix of things from several points in my career. There are a number of songs I pretty much have to play regardless, that people just really wanna hear. ‘Harlem River Blues’ and ‘Mama’s Eyes,’ stuff like that. And there are certain cities where they want to hear certain songs.

We know how much early, Grand Ole Opry-style country influenced you. But I hear some Willie Nelson and Merle Haggard in your vocals, in the sense that you also sing with a lot of jazz phrasing.

I do love country music that has that sort of jazz and Ragtime sensibility. I tend toward anything that swings. I always have.

When I listen to music in daily life it tends to be by people like Lester Young. I’d say overall that jazz plays a large role in what I tend to listen to day-to-day.

I’m more of a traditional jazz person for sure. I never got free jazz—it’s not my thing!