$12 general admission, $10 for students via savannahboxoffice.com

ON FRIDAY, Savannah film aficionados will unite to celebrate and save one of the city’s treasures.

The Psychotronic Film Society, the organization devoted to screening unusual and forgotten films, has had a challenging 2017. First, director Jim Reed’s home was broken into, and hundreds of irreplaceable, rare DVDs were stolen.

“They stole my projector, hard drive, all kinds of stuff,” he laments. “I was going to shut down the Society. I thought, there’s no way we can continue like this.”

With no projector, there was no way to continue weekly screenings at The Sentient Bean on Wednesday nights. Support from regular attendees, art advocates, and even folks who have never been to a Psychotronic Film Society screening came pouring in.

“People started sending me notes,” Reed remembers. “They’d say, ‘Hey, we’re really sorry to hear what happened. Where’s the online fundraiser?’ But I didn’t want to do that. I felt weird about it.”

The fans pushed and pushed and even got a little aggressive with stubborn Reed.

“I started getting these notes like ‘Hey, asshole!’” Reed laughs. “These are from friends or people I kind of knew, saying, ‘Hey asshole, we like your movie thing, we’re trying to give you money. You need to get over yourself. Where’s the fundraiser?’”

He caved and set up a Go Fund Me account with plenty of neat perks like ticket punch cards, private downloads of acclaimed cult films, lifetime passes, and more. As of press time, Psychotronic Film Society had reached $5,012 of its $10k goal.

Supporters have come from far and wide to help get the Society back on its feet, and Reed is astonished at the support.

“Some people would say, ‘I want to give you some money to help’—and they’ve never been to a single movie,” he says. “There were people who just said things like, ‘I’m aware of your films, I keep my eye on it, and I think it’s an important thing for a city like Savannah to have and I don’t want to see it go away.’ That really touched me that there are people, and they’re not regulars, but they really realize that if this went away, that would be a gap in Savannah culture. It was very heartwarming to hear that when you do something like this for so long.”

To round up that last chunk o’cash, the Society hosts a very special screening at The Lucas Theatre for the Arts.

Dario Argento’s horror masterpiece, Suspiria, has just been released in 4K restoration from the original uncut, uncensored 35mm Italian camera negative with the original 4.0 English surround sound for the first time ever.

“I picked this film with The Lucas specifically in mind,” Reed says. “It’s one of my favorite movies of all time, and now it’s the 40th anniversary of the movie being made. A couple of years ago, very quietly, some people tracked down the original camera negative for the film, which no one had laid their hands on in decades. It was in pretty bad shape, but it was the original negative and had the original soundtrack to the film. They called up the company, got the rights to it, and then got the cinematographer of Suspiria and said, ‘Would you be interested in supervising? We want to restore this film and we want you to tell us what it looks like.’”

After a year of cleaning, restoring, and consulting, Suspiria is as close to anyone can get to the film’s initial screening in 1977.

The masterful horror movie, co-written by Argento and Daria Nicolodi and based on Thomas De Quincey’s 1845 essay Suspiria de Profundis (Sighs from the Depths), follows an American ballet student (played by Jessica Harper) who transfers to a dance academy with a malevolent secret. 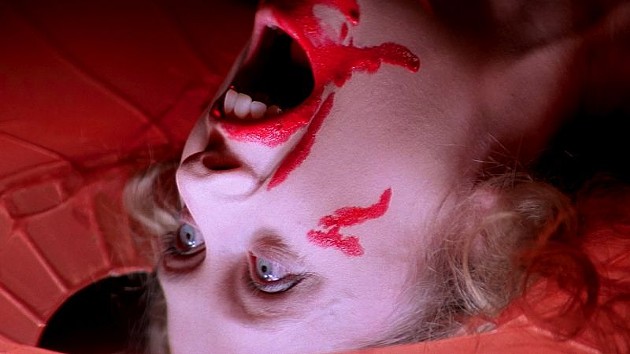 “It’s sort of renown among horror film aficionados as being one of the most beautiful horror films,” Reed says. “I put it up there with The Shining, I think it’s just glorious. And the restoration looks like someone sprayed Windex on it like a dirty window and cleaned it off—the colors are more vivid, it’s more luminous, it’s sharper.”

Italian prog-rock band Goblin provided the soundtrack. In the restored version, even longtime fans of the film will hear something new creeping into the eerie soundscape.

“They do scary instrumental hard rock music a lot, and it’s in stereo...it’s one of the most twisted, bizarre, creepy soundtracks you’ve ever heard,” Reed says excitedly. “Now, since it’s been restored, there are these hidden whispers and freaky screams that are popping out of the soundtrack.”

Following the fundraiser, Reed plans to incorporate the Society and open an office in Sulfur Studios.

“We’ll be a 501c3, so we can apply for grants, it can be tax-deductible, and once I start doing that, it’ll be more of a community-oriented thing,” he says.

After all, community is at the core of the Society, and that’s what makes Reed proud to carry on.

“In my mind, Psychotronic Film Society is this little thing I do, and I realize that it makes people happy,” he says. “There are people who have been coming to my films that have met each other at my films who were strangers and wound up getting married. Over the years, I’ve seen people get older, I’ve watched people bring their kids. I’m glad that the films occupy a special place in people’s hearts.”

Speaking of Lucas Theatre For The Arts , Psychotronic Film Society