Keeping a green eye on the coast 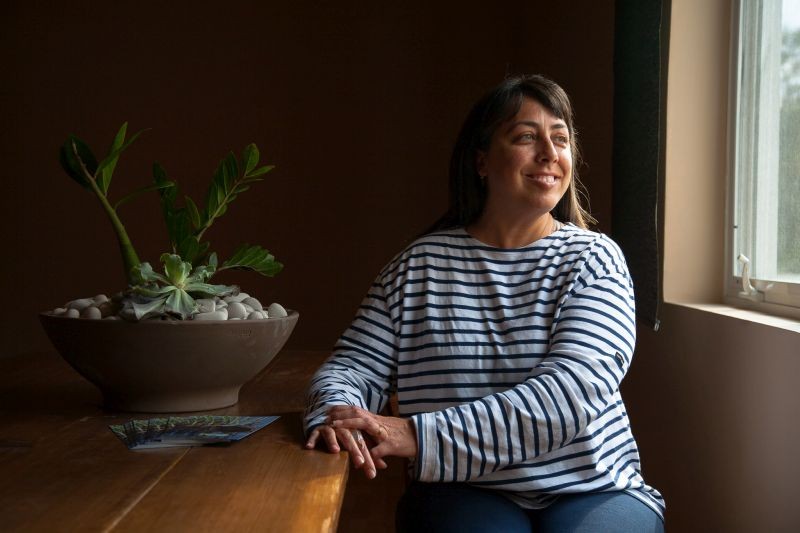 Photo by Jon Waits/@jwaitsphoto
One Hundred Miles’ Paulita Bennett-Martin has brought the organization’s efforts to Savannah.

WHILE THE rest of us are donning our emerald-colored duds this week, local environmentalists do their best to stay green around here all year long.

But a myriad of challenges—including recent legislation concerning shoreline erosion and polluted run-off from coal ash ponds—are keeping them busier than a bunch of leprechauns at a shoe factory.

In order to raise awareness and expand its vigil over Georgia’s coast and marshes, Brunswick-based advocacy group One Hundred Miles recently opened a sunny new satellite office in Savannah’s Starland district, and it couldn’t have come at a better time, according to Chief of Coastal Advocacy Paulita Bennett-Martin.

“One Hundred Miles has been around since 2013, and our membership has grown all over the state,” says Bennett-Martin, who came on board last July after stints at Emory University and the National Oceanic and Atmospheric Administration (NOAA).

“Being in Savannah makes us more accessible to more people.”

The new spot gives physical space to One Hundred Miles’ already-established presence in town, forged by alliances with other local environmental groups and its participation in the effort to ban plastic bags on Tybee Island. The non-profit was also highly vocal in the multi-state protest against seismic testing and offshore drilling along the Atlantic Coast that resulted in the temporary halt of permits issued to oil companies in 2016.

A significant bulk of One Hundred Miles’ work takes place 250 miles inland at the state capitol, where Bennett-Martin and CEO Megan Desrosiers have been lobbying representatives every week as of late.

“It’s almost impossible to get things done unless you’re on the ground,” explains Bennett-Martin of the weekly drive to Atlanta.

“We go from room to room, educating anyone who will listen about the importance of protecting the coast.” 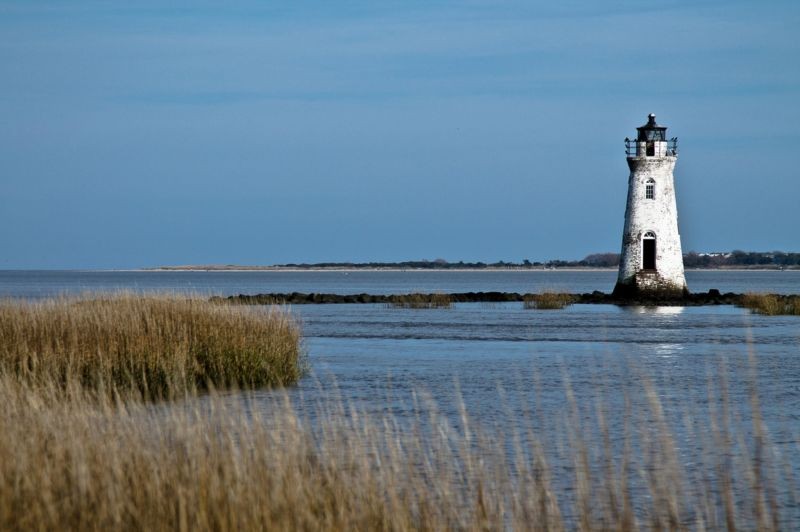 The most recent legislative session has yielded several bills requiring their diligence, including HB 271, which redefines the boundaries of the 1979 Shore Protection Act. The current boundary prohibits development along the network of beaches, barrier islands and sand dunes collectively known as the coast’s “sand-sharing system” that serves as a buffer from hurricanes and erosion.

Co-sponsored by Rep. Jesse Petrea (R-Savannah), a new line would be based on a straight 25 feet from the most landward of three common coastal features: the back of a sand dune, a human-built stabilizing structure like a seawall, or in the absence of the first two, the ordinary high water mark. Considering the increasing regularity of which high water marks are surpassed, critics of the bill argue that 25 feet is not nearly enough space to accommodate new structures on one of the most rapidly deteriorating areas of the coast.

They acknowledge that while the existing boundary is a convoluted jigsaw puzzle based on trees and old buildings, the proposed law isn’t much of an improvement when it comes to protecting property owners from the ocean.

“Some communities have mandatory setbacks in their local ordinances, but many do not. For those communities that lack setbacks, the Shore Protection Act is the front line of defense from property damage resulting from erosion,” warns Desrosiers, who continues to operate from OHM’s home base in Brunswick.

“If this bill passes as is, property owners along our most highly-eroding shorelines will be at risk of building in this most dynamic, highly eroding area of our coast.

HB 271 passed the House unanimously earlier this month and has been referred to the Senate. OHM and other activists will continue to lobby for its defeat, calling for a larger buffer based on sea level rise data.

The One Hundred Miles team—in partnership with the Georgia Water Coalition—has also been actively advocating for legislation to protect ground and surface water across the state from the poisonous spoils leftover from coal production, only to see those efforts peter out in the current Georgia Assembly session.

HB 387 and HB 388 would have required Georgia Power and municipal landfills to notify residents when toxic water was released from standing pools used to store coal ash and large intakes of solid waste were brought in, and SB 161 would have held accountable out-of-state utilities storing their coal ash in Georgia for any future contamination.

None of the bills made it past the state Natural Resources and Environment committee.

“Because HB 387 failed to pass, utilities can continue to dewater ash ponds and put billions of gallons of contaminated water into our lakes, streams, and rivers without amending permits or notifying the public or water utilities,” laments Desrosiers.

She and Bennett-Martin are pressing for a better outcome for SB 191, which limits the ability for pipeline companies to use eminent domain and would outright forbid the construction of a petroleum pipeline within the Georgia coastal zone management system.

There’s more on the coastal vision board: Development remains a contentious issue as Camden County considers a building variance for Cumberland Island, and plans for a private spaceport across the water has activists ready for a fight.

Just over the South Carolina border, the proposed Jasper Ocean Terminal is also in OHM’s watchful crosshairs, as that project’s developers consider increasing ship traffic from the Port of Savannah and Elba Island expansions.

But it’s not all political gloom and doom at One Hundred Miles. The sun’s rays are likely to shine bright when the organization collaborates with Tybee Island conservationists once again for the Plastic Pollution art show and awareness event on April 8, and Bennett-Martin is heading up the plans for the local March for Science on April 22.

There’s also the new Savannah office, a bright and spacious gathering place to host strategy sessions and serve as an “environmentalist clubhouse” for the growing number of local citizens concerned about the future of nearby beaches, uninhabited barrier islands and pristine maritime forests.

“We’re lucky that the Georgia coast remains relatively undeveloped,” reminds Bennett-Martin, sitting in a sunny spot among the greenery in the conference room.

“Let’s get behind the effort to protect what’s ours.” 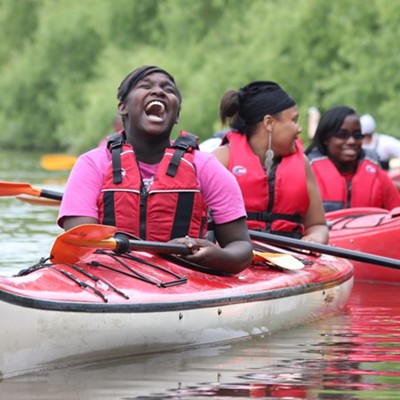