Company founder Charles H. Morris receives Marguerite Williams Award from the Georgia Trust for Historic Preservation, presented each year to the project that has had the greatest impact on preservation in the state

CHARLES H. MORRIS, founder of Morris Multimedia, the Savannah-based parent company of Connect Savannah, was recognized April 12 at the 42nd annual Preservation Awards ceremony in Thomasville for his efforts to preserve the Kehoe Iron Works in Savannah.

The Georgia Trust for Historic Preservation presented 29 awards recognizing the best of preservation across the state. The Trust is one of the country’s leading statewide, nonprofit preservation organizations.

Their mission is to preserve and revitalize Georgia’s diverse historic resources. Awards are presented on the basis of the contributions of the person or project to the community or state and on compliance with the Secretary of the Interior’s Standards for the Treatment of Historic Properties. 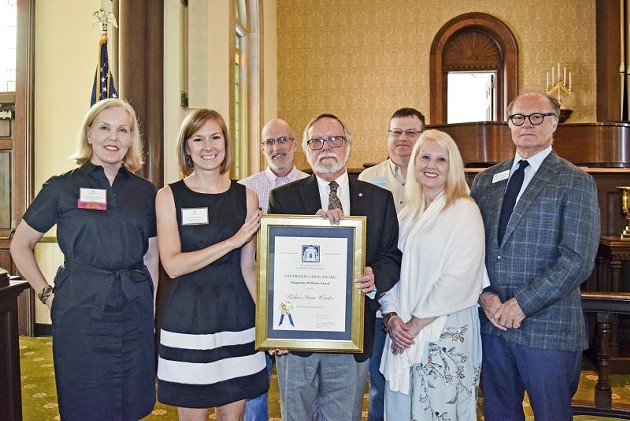 “This year’s winners represent a tremendous dedication to restoring and revitalizing Georgia’s historic buildings and communities,” said Mark C. McDonald, president of The Georgia Trust. “We are proud to honor such deserving projects and individuals.”

Morris and Kevin Rose, the lead design architect for the Kehoe Iron Works restoration project, were notified by the Georgia Trust that the project received the prestigious Marguerite Williams Award.

The Marguerite Williams Award is the highest honor given by the Trust, and is presented each year to the project that has had the greatest impact on preservation in the state.

Morris’ Kehoe Iron Works project was recognized by the Trust for its large scale and the impact its rehabilitation has had on the Savannah community. The project also overcame significant challenges, according to the Trust, specifically the remediation of a brownfield site.

Morris and his team also had to stabilize and restore the metal machine shop and masonry foundry buildings. Trust officials credit Morris’ “strong vision” for bringing the previously vacant 6.3 acre site back to life. From 1873 to 1902, an iron foundry and gas company stood on the site, according to the Trust.

“The rehabilitation of the Kehoe Iron Works is a particularly strong example of preservation principles in action,” says Rebecca Fenwick, Preservation Director for Lominack Kolman Smith.

“Incorporating roughly 7,000 square feet of underground additions and others hidden from view, the Kehoe Iron Works restoration honors the unique historic and architectural integrity of this rare vestige of Savannah’s industrial era. More importantly, rehabilitation efforts and the incorporation of modern conveniences allowed the historic buildings associated of the iron works to remain in the spotlight.”

Fenwick adds that “Further, a conscious effort was made by the project team, at the direction of Mr. Morris, to retain as much historic material as possible. Elements that had been lost such as decorative interior iron columns and the tower’s decorative widow’s walk featuring the Kehoe name were likewise restored.”

Today, Kehoe Iron Works boasts 8,000 square feet of event venue space along with an outdoor plaza and amphitheater, Trust officials said. The complex has a view of the Savannah River.

Morris, Rose and their team also ensured that historic elements were maintained, through repair and reuse, according to the Trust.

Morris says that Rose, an accomplished sound engineer as well as an architect, understood what he wanted to achieve with the project: To not only preserve key historic architectural components but also to provide cutting edge sound design for the space.

Morris began buying the property in 2003. The project itself took nearly five years to complete. The estimated $35 million it cost to restore Kehoe Iron Works has been paid in full, according to Morris.

For Rose, the award and the project are especially timely.

“In a time where we are seeing outside developers cashing in on the richness of Savannah’s history, I find it odd that many of them are choosing to demolish some of that history to meet return on investment goals,” Rose says, referring to an approved plan to demolish 80 percent of the Seaboard Freight Station in West Savannah to build new apartments.

“Mr. Morris set the bar high on this project. I challenge other developers to attempt to come close and our City to challenge them as well,” Rose concludes.

In addition to Kehoe Iron Works, two other Savannah area sites that received statewide honors were the Henry Ford Bakery in Richmond Hill and 12 West Oglethorpe Avenue (formerly an Elks Club) in Savannah. 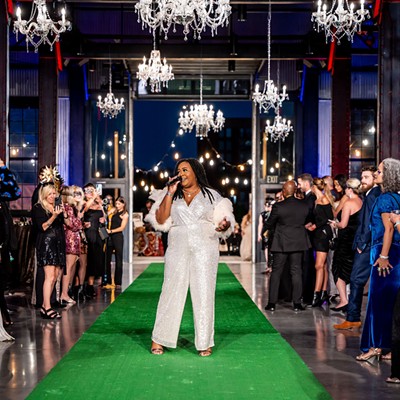 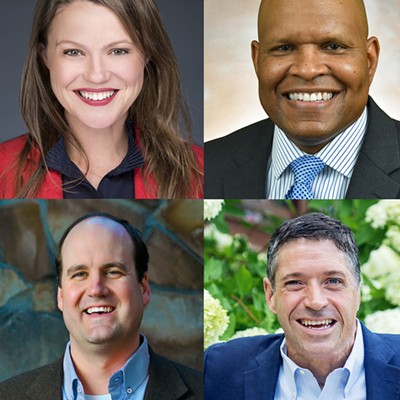 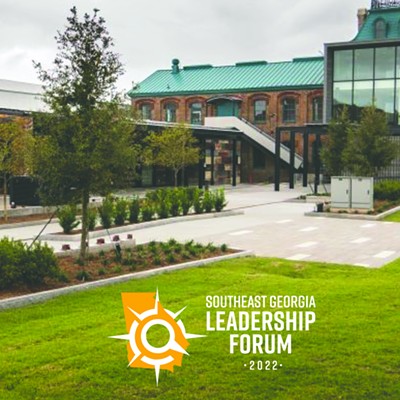