IN A year beset by leadership departures at some of Savannah’s top institutions — Telfair Museums, Savannah Music Festival, the Philharmonic and City Hall, to name a few — the events around Kesha Gibson-Carter’s removal last year as head of the Savannah Rape Crisis Center were perhaps the most shocking and most indicative of larger problems.

In her role as an advocate, she was a tireless fighter. When she needed to, she literally held people’s hands, got no sleep, squeezed documents out of stones, talked to anyone and everyone who wanted her ear and turned on either the warm laughter and small talk of a fast friend – or the cold legato and precise language of her criminal justice Master’s.

Perhaps part of it was simply the nature of her work on the front lines of sexual assault, something very personal and powerful, but people loved her in a way that made her firing hard to take. 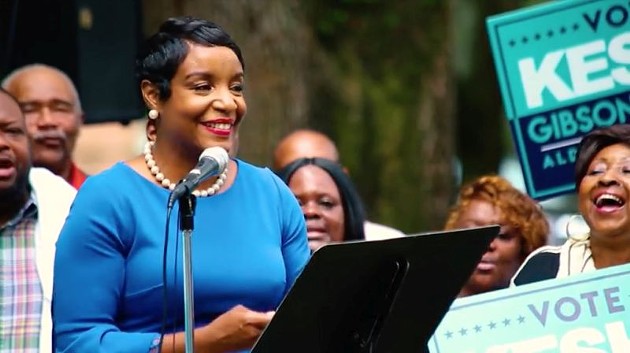 What happened? For obvious reasons, Gibson-Carter has been tight lipped about it. But now she’s standing up for herself and for others in two very public settings.

On June 6, Gibson-Carter filed a lawsuit against Rape Crisis Center, District Attorney Meg Heap and several others, alleging a racially-motivated conspiracy to remove her for essentially doing her job as an advocate.

Gibson-Carter says the timing was coincidental and wouldn’t comment on the lawsuit, only her campaign, which she launched in the park in front of her former high school building, now Savannah Arts Academy, then Savannah High School.

But the filing is there for everyone to see in federal court. And, according to the lawsuit, timing and City Council play a big part in why she thinks she was unfairly targeted.

The filing alleges that Gibson-Carter was doing fine, got excellent performance reviews, the whole nine yards, but then everything changed after she spoke before City Council in December 2017 about what she saw as flaws on the part of the District Attorney and her law enforcement partners in the arrest and prosecution of sexual assault offenders.

“This was a collective conspiracy – instigated and led by the government – against Ms. Gibson-Carter in retaliation for being an African American woman in a position of power and for leveraging that position to engage her First Amendment rights, speaking truth in order to educate the community,” it says. “The ring leader was Defendant Meg Heap.”

Heap is alleged to have strong-armed multiple parties into orchestrating Gibson-Carter’s removal. Carol Bell’s name also shows up in there.

Yes, that’s my opinion. But it compliments another opinion: that this town is failing precisely because of behaviors suggested in Gibson-Carter’s suit.

All the great policies in the world won’t save Savannah from poor governance. Paper-thin egos, back-stabbing, bullying self-servants, all simmering in a cauldron of money and racism.

The lawsuit reads like an old time Southern screenplay. It’s a good thing that I was watching a few good films as I wrote this story. Find the gritty details in the court record.

“There is no merit to this and I will vigorously defend myself and my office,” says Heap. “The RCC has always been, and remains, focused on the mission of the organization and the victims its serves,” says RCC board president Lynne Wolfe.

I’m sure Gibson-Carter would rather talk about other things, too. Like her campaign themes: crime reduction, living wages, affordable housing, small business and economic disparities.

“I want to provide leadership that our citizens can be proud of,” she says. “I want to transfer my skills in community services as they relate to city government.”

Whether she does that or not will be up to voters in November. 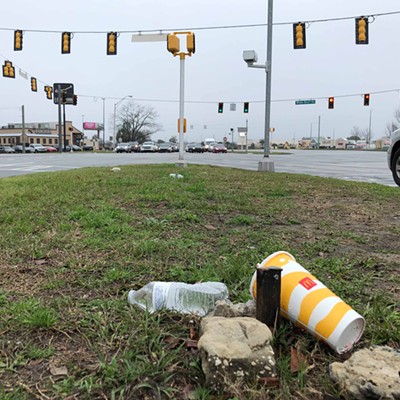