Frank Emerson will play solo at Kevin Barry's March 13 and 18. Harry O'Donoghue and Carroll Brown join him at Tara Feis on March 14. The trio will continue to play at Kevin Barry's through March 17, and Seldom Sober, comprising Colleen Settle and Michael Corbett, join them on Tuesday, St. Patrick's Day. 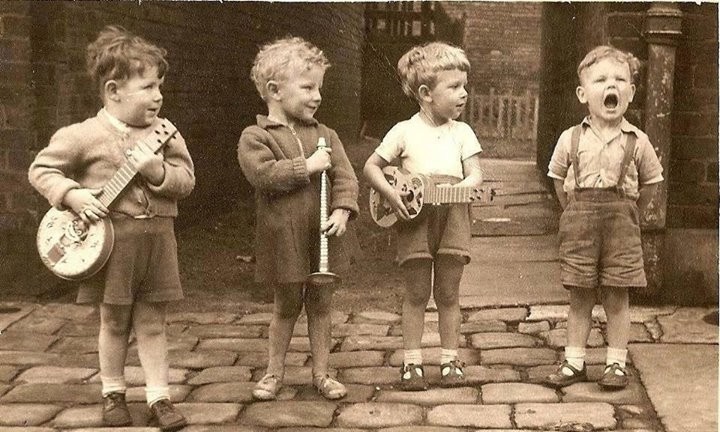 TAKE IT from a true Irishman: Kevin Barry's is the place to be on St. Paddy's Day. Dublin native Frank Emerson has been a part of the River Street pub since its beginning.

“It’s been open since Halloween of ’80, and I played my first gig there August of ’81,” Emerson recalls.

Now living in Virginia, he returns to play in Savannah whenever he can. Kevin Barry’s now has the distinct honor of being the second best Irish pub in the world, at least according to a contest by Irish Pub Global.

Over a thousand pubs participated in the challenge, sponsored by the Irish Times and other international corporations. Tara Reese, public relations coordinator for Kevin Barry’s, traveled to Dublin for the finals to accept their award.

“Irish Pub Global is a worldwide organization to promote Irish culture and ‘craic,’ which is Irish for good times,” she explains.

Of the five Irish pubs that were shortlisted, none of them were from Ireland and the top two finalists were from Georgia, which poses an important question: Why didn’t any Irish pubs place?

“Irish pubs in Ireland are trying to become more Americanized,” Reese notes. “But Irish pubs in America embrace their Irish heritage. We get a lot of Irish tourists here and our pub gives them a sense of home.”

It seems the roles have flipped, as for years, St. Patrick’s Day in Ireland was just another day to attend Mass and pay respects to the patron saint.

“But then they got thinking, ‘Gee whiz, this could be a big tourist trap,’” Emerson says.

Now the Irish version of St. Paddy’s Day is similar to the Guinness and green extravaganza put on in Savannah. In a city where your plans for March 17 are never in question, it’s no wonder this Irish pub has snagged international honors.

This year, St. Patrick’s Day will be a four-day celebration, starting with the Tara Feis Irish Celebration at Emmet Park on Saturday and ending with the parade and subsequent party on Tuesday. With the extended hours, Irish spirits are higher than ever, so it seems appropriate to take in some traditional Irish music from Kevin Barry’s impressive roster.

Emerson will play solo sets at Kevin Barry’s on March 13 and 18. Fellow Irish musicians Harry O’Donoghue and Carroll Brown will join him at Tara Feis on March 14. The trio will continue to play at Kevin Barry’s through March 17, and Seldom Sober, comprised of Colleen Settle and Michael Corbett, will join them for St. Paddy’s.

The weekend’s musicians will play ballads, which are typically considered more modern than the traditional Irish songs sung in Gaelic, Emerson explains. Ballads can also include more traditional Irish instruments, including uillian pipes, bodhran drums, and tin whistles. Guitars and banjos are also used in ballads, giving them a sound similar to American folk music.

“There’s a real tie between roots music and Celtic music,” Emerson explains. “You’ll find a lot of American tunes are exactly the same tune as a Celtic or Irish tune.”

The Irish music is sure to get everyone ready to party. “Everything in America is huge,” Emerson says. “In America, everyone’s Irish for the day.”

Reese agrees, saying, “Everyone wants to be Irish on St. Patrick’s Day, and at Kevin Barry’s we give them 365 days of that opportunity.”

If you’ve never ventured into the fray for St. Patrick’s Day, it’d be a good idea to stick around Kevin Barry’s, not only for the true Irish experience but for the safety.

“Kevin Barry’s will be the safest place to be on St. Paddy’s Day,” Emerson says. “It’s chockablock with military and police, and the Irish Army Air Corps always come down. It’s like their home away from home.

“It’s an open-air asylum,” Emerson jokes. “It’ll be an eye-opener for sure, and hopefully a good one.” 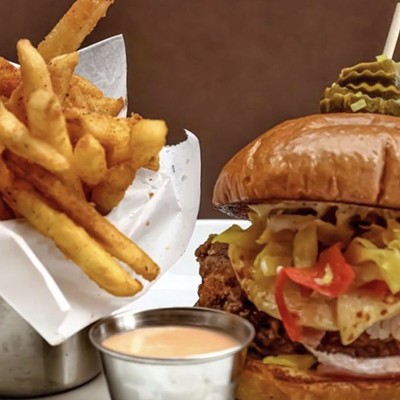