‘Savannah has eased its way to acceptance'

Growing up in 1970s rural Georgia, Patty Latham was pretty sure she wasn’t a lesbian.

She certainly didn’t know any, and she’d only heard the stereotypes whispered about derisively in her small town.

“I knew I had kind of a thing with women, but I was like, that’s not me,” laughs the 62 year-old Latham.

Then at Augusta College, she met somebody called Jungle Jane, “who was about as dykey as a person could get.” Jungle Jane’s girlfriend was femme and wore dresses, and their out-in-the-open relationship was a revelation for Latham.

“It was like a rock had been lifted from my shoulders,” she says. “I figured I could find myself somewhere in the middle between those ends of the spectrum.”

She came out at Thanksgiving in 1979 and has proudly identified as a lesbian ever since.

But Augusta was still Augusta, so she moved to Savannah in 1984 in search of a larger dating pool—and a more accepting environment. She’s spent the last three decades navigating queer life here and will share her experiences as one of the city’s LGBT elders when Emergent Savannah hosts “Emergent Lives: An Oral History of LGBT Savannah” at the Sentient Bean this Monday, April 11. 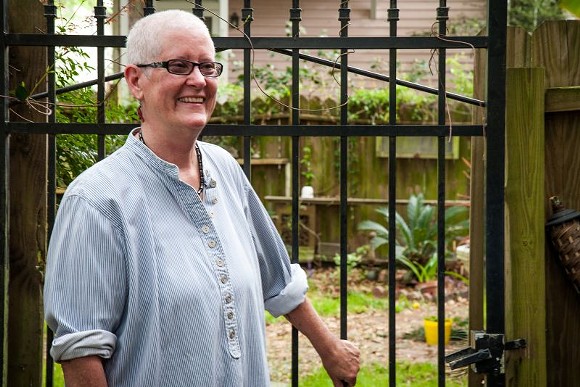 Joining Latham are Episcopalian minister Jaime Maury and City of Savannah Management Service Bureau Chief Sean Brandon. The panel will be moderated by attorney and activist Robert Bush, who created and managed the HIV/AIDS Legal Project of the Georgia Legal Services Program.

While gay and lesbian culture was still on the hush-hush in the Hostess City in the 1980s, there were bars where queer folks could relax and be themselves, like the Who’s Who on Bay Street. Before its restoration inthe 1990s, the old Lucas Theatre was a popular hot spot.

“Oh, that was a beautiful place to hang out,” remembers Latham wistfully.

But community involvement was more than social: A terrible disease had just begun to affect gay men across America, and Latham joined up with local activists to help educate people about AIDS.

That group was the precursor to the First City Network, Georgia’s oldest LGBT organization, of which Latham was the only lesbian founding member.

She still has the phone list, yellowed with age.

She’s also kept other memorabilia from a time when the city’s gays and lesbians leaned in politically and socially for acceptance: A clipping from the first time the word “gay” appeared in the daily newspaper (1987). Copies of Lawrence Marley’s 1990s column “Out of My Closet” that appeared for years in Creative Loafing, the predecessor to Connect Savannah. 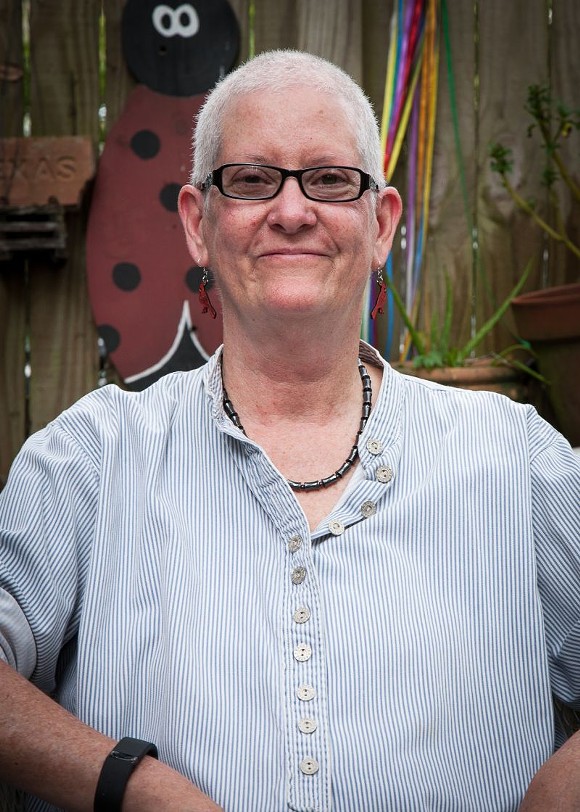 Then there is the 1994 official proclamation by then-mayor Susan Weiner, who declared the city of Savannah an accepting place for gay and lesbian citizens as part of “Human Rights Pride Week.” There’s a photo, too, of Latham and other activists standing proudly under the city seal.

“It wasn’t like in San Francisco, where a whole bunch of gay people moved in at once and demanded change,” she says.

“Savannah has eased its way to acceptance. We didn’t try to force anything.”

Latham admits she kept her personal life on the down low during her career as a middle school science teacher for the Savannah Chatham County School System, but that’s more from a tendency towards privacy than fear of reprisal.

She also adds that her pewter crewcut isn’t a symbol of her “radical lesbianism” but because she shaved her head last month to raise money for the childhood cancer charity St. Baldrick’s. Some of her students paid extra to do the shearing themselves.

Latham is retiring this year and feels it’s time to speak up about the paths laid and sacrifices made that enable younger generations of LGBTQ folks to find their way in Savannah. While marriage equality and “religious liberty” legislation remain part of the political landscape, Latham notes the progress that’s taken place in the most important places—in casual conversation.

“I’ve noticed in the past two or three years that kids—13, 14 years old—are so much more accepting, they’re all talking about bisexuality, trans, queer. It’s like ‘whoa! Go for it!’ she marvels.

“But they should know there’s a history.”