Ladies of the Blues with Laiken Williams and Claire Frazier 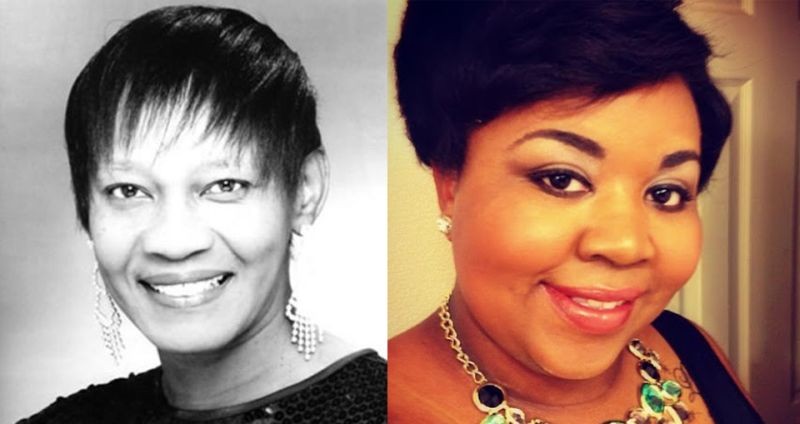 SUMMER HEAT getting you down? Spend a day cooling off in the ocean, shake off the sand, and head over the Tybee Post Theater for a healthy dose of the blues.

This weekend, the Theater welcomes its second installment of Ladies of the Blues, a series of concerts illuminating local vocalists. Experience two generations of talent in Claire Frazier and Laiken Williams, with piano accompaniment by Eric Jones.

Frazier brings a lifetime of fascinating experience to the stage. The jazz vocalist got her start singing in Sunday mass, going on to get her education at UC Berkley. Following her passion for earning and sharing knowledge, Frazier began working as a special education teacher in Los Angeles, going on to earn a B.A. in Psychology, M.A. in Clinical Psychology, and a B.A. in Architectural Interior Design.

“I taught school for 36 years,” the Renaissance woman explains. “Then, after that, I could do my music full time. In the interim of raising a family, I toured.”

Frazier was selected to sing as a backup vocalist for Motown groups, including hit maker and legend Smokey Robinson.

“I got to audition for several things,” she remembers. “What they would do was pair you with whoever you sounded the best with. They’d get you to come out and do different functions around.”

In that time, Frazier played The Hollywood Bowl, performed with Henry Mancini Group, and much more.

“After my kids grew up, I decided to expand my horizons,” she shares.

With her husband having passed in Vietnam and an empty nest, Frazier bought a ticket to Europe and found a new home overseas.

“I sang jazz over there,” she says. “I did a lot of blues in Europe, too. Some guys had come in from Tennessee, requesting old-school Memphis Slim. I’d get invited to do some venues, and they would always say, ‘You can’t do the blues if you’ve never had them.’ Well, I’ve lived long enough to have a lot of blues! My delivery with that is straight ahead. I can tell a story through song. It comes out pretty profound, if I do say so myself, but blues, really, started as a church segment, and it started from there and spread.”

Frazier’s talents have taken her everywhere, from entertaining the likes of Steven Spielberg and Sharon Stone to traveling throughout Africa. However, she had never been to Savannah when she felt called to move here in 2006.

“I was sitting in my dining room, and all of the sudden, I just heard something tell me, ‘Savannah,’” she recalls. “I’m thinking, ‘Oh! Well, I’ve been to the savannahs of Africa!’ I got out the atlas and said, ‘Georgia?! Oh, no! People like me don’t go to Georgia!’”

When she landed, Frazier quickly had a change of heart. After being introduced to acclaimed bassist Ben Tucker, she began performing with him at festivals and gigs, all while meeting the greats of Savannah’s jazz scene. She’s fallen in love the Lowcountry’s music community, great food, and the friendliness of strangers (making eye contact and returning greetings from passersby was a major adjustment from her time in big cities).

Though she markets herself as a jazz singer, performing weekly at Vic’s on the River, Frazier knows her blues.

“With blues, you can’t go wrong,” she says. “It’s a wonderful thing when you do blues. You can pull the audience in, you can relate life storytelling. When you put in the vocals, you’re telling a story, and audiences can relate to what you’re saying.”

Frazier’s fellow Lady of the Blues, Laiken Williams, is no stranger to the genre, having stolen the show at Blues Trinity: A Tribute to the Three Kings production last year.

“I still have people talk about how much that was a big impact on them—and how much Ray Lundy and I would make a great singing duo!” she laughs.

A Nicholls, Georgia native, Williams enjoyed singing in chorus and show choir as a young woman, but she never quite saw herself becoming the in-demand belter that Savannah knows and loves today.

Gigging around town singing soul, funk and R&B under her stage name, Laiken Love, Williams discovered a “fun side job to do” where she could “make a little money here and there.”

“I didn’t think it was my path,” she says. “Then I got to know people, and now I have a totally different view on it. I’ve transformed so much and gotten to know such great musicians. I never saw this coming, but I’m very thankful; it’s been a fun ride.”

Recently, Williams wrote her first song, recorded by Aphelion Records and released on their recent compilation album. This summer, catch her crooning at several of The Lucas Summer Cabaret shows.

Williams says that she and Frazier put their heads together to create a diverse program of blues throughout the ages.

“Claire is more of the early blues, where I’m more of blues-rock,” she explains. “I have more of a Janis Joplin, soulful, blues—Aretha Franklin, Alabama Shakes, Amy Winehouse, Bonnie Raitt. It’s a good mixture of blues from the ‘60s to today.”

“It’s going to be a great show and well-worth the drive to Tybee,” Williams affirms. “Claire is an amazing singer; I admire her longevity in the community and impact she’s had. Ricardo [Ochoa] and the Tybee Post are doing great shows and making such an impact on our community in Savannah and Tybee. It’s important that we show our support.”