Lessons from a schizo holiday adventure

Last year, as I was stumbling around the first days of January with wrapping paper still stuck to my head and digging Chanukah candle wax out of the carpet with a butter knife, I made a promise.

“Next year, this family isn’t going to overbuy, overeat or overindulge. We are going to have an experience of What’s Really Important.”

By Important, I am talking about meaningful family time. Since our Christmas plans usually only involve Chinese food and a lot of napping, this year I made a reservation for a cabin in the woods, far from the madding crowds and traffic, where we could be a Family Who Means Things.

“Time spent in nature is the ultimate indulgence,” I announced to the children, who were furious that I foiled their plan to spend the entire day playing Wii.

However, they were quickly consoled by the fact that they would finally be able to toast marshmallows, an activity I had to nix after finding them huddled over the lit menorahs with toothpicks.

At the cabin, we would be exposed to the important lessons of Entertaining Ourselves Without Electricity and Realizing How Little We Need to Be Happy.

We would also be exposed to an under–appreciated study of How Lucky We Are to Have Toilets At Home.

The cabins are in a rustic spot, kind of a hippie stopover place. By Hippies, I mean a certain breed of kind and lovely human beings who reuse and recycle practically everything and who may not bathe on a regular basis.

I find their gentle presence calming, just the fine influence we needed to counteract the evil toxicity and materialism of the Real World.

I looked forward to a few days blissfully discussing Deep and Authentic Connection Between All Things while the kids absorbed the patchouli–scented wisdom.

My husband, who responds to “Namaste” with “Gezuhndheit,” had a different scheme in mind. Rather than try to escape the insanity of the season, he figured we might as well to surrender to it, and that there was no better place to be subsumed by the flashing frenzy than in the nexus of capitalistic fun, Disney World.

I told him the whole point was not to overbuy, overeat or overindulge, activities which are practically required at Disney World.

“Come on,” he reasoned. “What kid wouldn’t remember going to Disney on Christmas?”

You might think I met this suggestion with Rabid Eye–Rolling Opposition. After all, it was the exact antithesis of the ascetic experience I thought would induce Unhampered Family Togetherness.

But I understood that he had saved all year to provide this big blowout for us, and he was probably right: The kids would certainly enjoy poking sticks into tree trunks, but it couldn’t beat getting dizzy on Space Mountain and dancing to animatronic Tiki birds.

(Also, secretly, I adore the Magic Kingdom, because no matter how manufactured the brand of fun that Disney produces is, there is no doubt they do it right. And the drunk guy waving his foot on the bridge on Pirates of the Caribbean always cracks me up.)

In the end, we compromised. We spent a day and night scampering through the woods, throwing different types of tree bark into the campfire and singing with the Hippies.

Then, as we were tucking into our lunch of lentils and home–baked bread, we announced that we were leaving for the Happiest Place on Earth. The kids, who were already beaming with the healthy hyperness that comes from fresh air and organic vegetables, went into spaz drive.

The Hippies were very gracious and non–judgmental about our plan of materialistic gluttony, which is how you can tell they were real hippies and not the fake kind, who pretend to be All Good but are actually just Assholes with Dreadlocks.

We arrived at the Land of the Mouse at dawn, our hair still redolent with campfire smoke and patchouli. As we crossed the gates, I fretted that juxtaposing a Total Nature Immersion with the Over–the–Top Rides, Robots and Junk Food Extravaganza was a terrible idea.

But it was too late to back out as my daughter squeezed my hand and shimmied with excitement, and we were off into the swirly, colorful world of rollercoasters and Mickey Mouse.

Though it wasn’t as serene or cheap as the first part of the trip, it was still an experience full of Teaching Moments. We quickly became experts in learning to Abstain from Funnel Cake Before Spinning Teacups and How to Fast Pass Your Way to the Short Line.

And because we were together, laughing and enjoying it all together, it easily met my requirements of What’s Really Important.

As the park became more crowded (who knew Christmas was one of Disney World’s busiest days of the year?!) we escaped to Tom Sawyer Island in the middle of a manmade lake.

Here, the kids were relieved to run around freely instead of being boxed in line or tracked around in small carts.

The polar opposites of this holiday adventure began to blur. I relaxed on a bench overlooking a grassy bank and realized that the peace of mind I sought from the Real World might just be managed anywhere.

Forested with rustic cabins and real dirt, the island so resembled actual woods that one of us (who shall remain nameless) took a nature pee behind some bushes.

I think the Hippies would have approved. 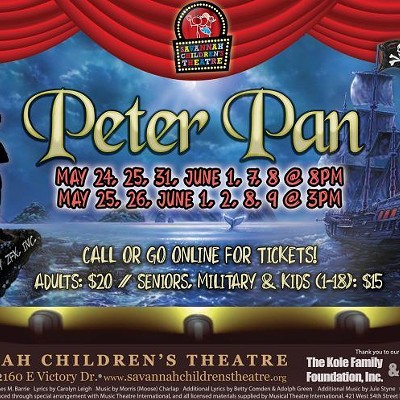 Gunties and Teases team up for Disney Whirled! 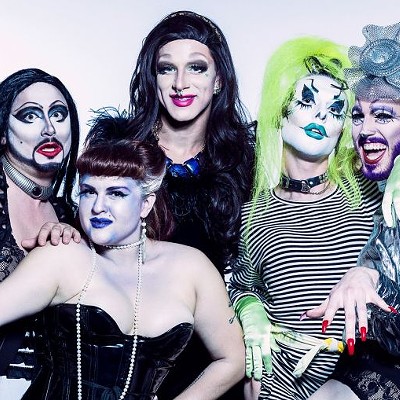 Reviews: A Christmas Carol, Men Who Stare at Goats