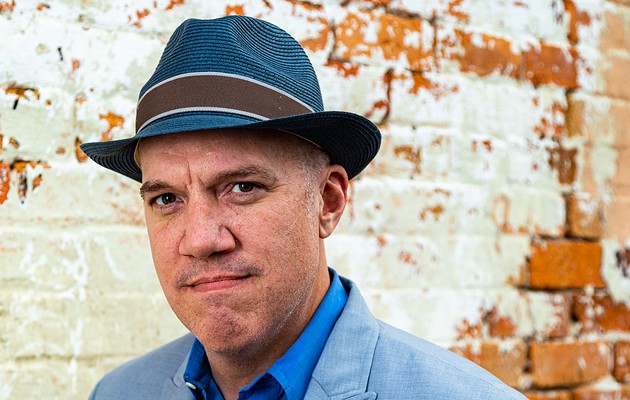 AMID THIS muddled era of stark divisions, when differences of opinion instantly cast others into enemy camps, there is one thought agreed upon by all, from hoboes to billionaires, from far-right nutjobs to freaks of the leftward fringe: these are certainly extraordinary times.

A pandemic. An election. Injustice. Inequity. In this mess we desperately cast about on an all-consuming quest for affirmation of our preconceived notions, disregarding those with differing views as simpleminded pawns of a system out to cheat every one of us in some way or another. Distrust pervades each side of every argument, and claiming tribal affiliation with any group means swearing allegiance to its all-or-nothing dogma, empirical truths be damned.

How did we get to this dire point? By the numbers − considering the planet’s overpopulation while all-out global conflicts are relatively few − humanity currently enjoys its most peaceful and prosperous time in history. Why are we all freaking out?

Perhaps we’re not really programmed to deal with the nonstop barrage of media that we’re now expected to keep up with every waking minute. Just over two decades ago, cell phones were expensive novelties while e-mail and the internet were mere diversions for dorks. Writing letters was still a thing.

Then dawned the Information Age. Channels and platforms boomed, news became omnipresent, and handheld devices began pinging at us and tracking our locations and customizing our ads. We’re expected to respond immediately to every message and special offer and ransomware demand. The unrelenting fusillade of attention-grabbing electronic goblins is surely wreaking some as-yet-unknowable havoc on our primate minds.

We react as though entering a new dark age while holding a modern-day Library of Alexandria in the palm of every hand. Many now actively refuse to accept knowledge-based reality − or simply seem uninterested in learning about it at all.

Yet maybe our enervating dread is caused not by a growing numbness to the chill of encroaching darkness, but is instead a reaction to too much light. With so many screens constantly emitting everything from timeless wisdom to outright obfuscation, we’re blinded by the countless perceptions flashing at us, and so we frantically focus on whatever makes sense at the moment.

But over time it becomes difficult to look away from a shared brainwashing beam, even with knowledge that more edifying options must be out there. Admitting we do not know all is seen as declaring defeat, and nobody wants to be sent adrift back into the shimmering sea of overwhelming options blasting our brains with 5G technology.

Enough, I daresay. We can still look up, see past all the shiny onscreen objects, and appreciate the reality that we surely do share, especially in a setting with the splendor of Savannah and the other characteristic locales of Chatham County.

Here at Connect Savannah, we aim only to reflect the warm glow of the communities we serve, and highlight important local issues that often go unseen. We won’t try to dazzle our audience in an increasingly craven campaign for clicks. We won’t frenetically cover each minute’s hottest trend. We won’t prioritize search-engine optimization over optimizing our role in society as a useful and illuminating source for local news, opinions, happenings, and much more.

Let’s take our time to look at Savannah in its natural light, and converse with cordial candor while sharing all that this area has to offer. We can meet in peace every week and bask in the slow sunrise of new enlightenment together. We’re all very fortunate to be here for it.