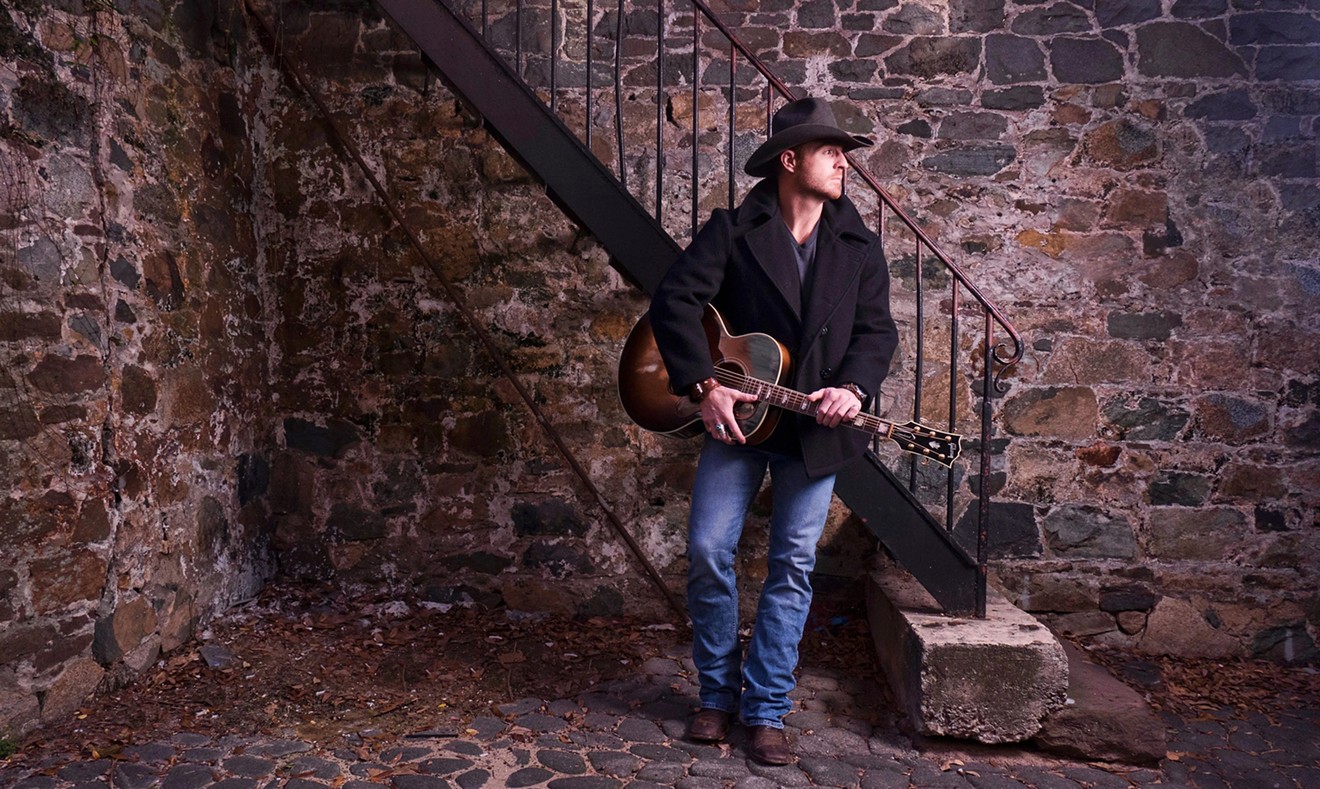 Growing up in the South, he was raised on the blue collar hard work of ranching where traditional country and folk was an ever present part of his life.

“My dad and mom both had a great love for music. I grew up listening to some of the world’s best storytellers like Gordon Lightfoot and Bob Dylan,” he explains.

He didn’t play music as a child, but was introduced to the concept during his time at the University of Missouri where he attended on a football scholarship.

His roommate and teammate was a talented self-taught musician and began teaching him to play guitar.

“He taught me three chords, but it kind of fell flat. I learned two of them pretty well, but I was hoping to unlock some latent magical ability, but, unfortunately, I didn’t,” he remembers.

It wasn’t until his junior year that he began to really focus on music and hone the skills that he relies on today.

“I was struggling with school and football. I saw that old guitar sitting there, one day, and thought ‘I’m gonna learn to play.’ I refreshed my memory on what I already learned and taught myself the rest of it,” he says.

“I was always a natural writer and storyteller.”

His work is often autobiographical and philosophical and is delivered in his unique baritone voice. He gained early performing reps at college functions but soon graduated to open mics.

After college he pushed further west, taking up work in the Arkansas and Oklahoma oil fields. That being said, he never lost sight of his music goals. He kept the dream alive during those times by writing music and performing when he could, but his career really took off after his return home to Georgia.

He was nominated for the Georgia Country Awards Male Artist of the Year in 2020 and was a top-six finalist. In 2021, he followed that honor by winning the award outright in 2021.

His audiences experience a blend of both his original work and his takes on classic and modern Americana songs.

Not one to be constrained by musical norms, Levi also blends in his own recreations of popular top-40 radio hits.

For fans of Levi’s music, much of his library of work is available on his website, and he can be seen performing around the Savannah area at some of the local music hotspots including Jazz’d Tapas Bar, Edgar’s Proof & Provisions, and more.

While he is primarily a local performer, he has his eyes set on expansion.

“Soon I will be returning to Nashville to do some work, but I’d like to push this as far as it can go,” he says.

While he has one EP already produced, available for purchase at his live shows, Levi is also looking forward to an upcoming recording project in the works with another local musician.

“I moved back down here six years ago, and the Savannah music scene was extremely welcoming. Everyone is very gracious in helping share ideas and performing together. It is just a great community.”

This sense of community is one often echoed by Savannah musicians and will shine through in Levi’s upcoming project.

For locals or visitors interested in catching a Levi Moore show, his next booking is on December 18 at Jazz’d Tapas Bar.

That being said, he is extremely active around the area and can be seen playing in a variety of spots.

Visit levimooremusic.com to keep up with show dates and music announcements.