Life, death and the Verdi Requiem 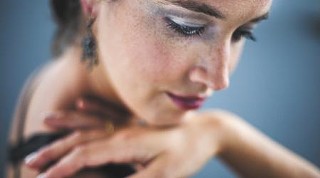 Kristin Mulders is one of the soloists

As excited as he usually gets for his upcoming productions, Savannah Philharmonic Orchestra and Chorus conductor Peter Shannon is exceptionally jazzed about this weekend's performance of one of the great classical choral works, the Verdi Requiem.

"It's absolutely high octane," Shannon enthuses. "People will be just riveted to their seats. I guarantee you, anybody that comes to the concert is just going to be, ‘Oh my God.' It's a roller coaster times 10."

That, Shannon explains, is because Giuseppe Verdi (1813-1901) was an Italian composer - more emotional and intrigued by deep dynamics than, say, his German or French contemporaries - and he is perhaps best known for his operas.

Dating back to 1873, the Requiem was written upon the death of writer Alessandro Massoni, one of Verdi's closest friends. It is a gloriously complex work, rising from a prayer-like hush to orchestral bombast that invokes a sort of end-of-life heavenly explosion. With everything in between.

"This is basically an opera for the church, so it's all the drama and intrigue," says Shannon. "All the climaxes you expect with an opera, you get it here. He goes a lot for the drama and emotion in music."

Not only does it require a full orchestra (Shannon's got that) and a massive chorus (check), the Requiem takes four vocal soloists of exceptional range and dramatic ability.

Shannon's got that covered, too.

"I have professional friends who are singing in opera houses in Germany," he explains. "When I rang them and asked if they'd come and sing the Verdi Requiem, they said no. They said ‘You've got to be kidding.'

"They said ‘I need a bigger voice,' or ‘I can't do that.' These are people who are 43, 44 years of age ... there's a huge amount of respect for this. It's been a difficult search to find the right people, because they need to all have dramatic and lyric voices."

There's a German word, fach, that means "compartment." It's used to describe the various ranges of operatic singing voices (in other words, ‘what fach are you?'): Soprano, mezzo-soprano, tenor, baritone, and various sub-categories.

Just the fachs, ma'am: "To sing this, you need a dramatic voice, which means you need a BIG voice," says Shannon. "And you need to be very dramatic in your expression."

The soloists for Friday's performance are:

Irene Naegelin, soprano. Shannon met Naegelin, a native of Switzerland, during his decade-long residence with the Collegium Musicum Orchestra in Germany. "She's a small person, but she's got a huge voice," he says of Naegelin, who performed (with Shannon and company) in the 2008 Savannah production of La Traviata. "She has a very dramatic soprano, which we need for this."

Kristin Mulders, mezzo-soprano. From Norway, Mulders (like Naegelin) has performed with opera companies all over Europe. "She's got a very, very beautiful voice, and a beautiful color to her voice," Shannon says. "More lyric than dramatic. She begins a lot of the chamber singing between the different soloists, and she's perfect for that role." Mulders has appeared in Savannah before, as well.

"For the soloists, this is like the Olympics," Shannon says. "It's something that they have to spend a lot of time preparing for, something they take very, very seriously. Singing the Verdi Requiem as a soloist is really a landmark.

"We're shooting for the stars as regards the soloists. We're definitely not settling for anything that isn't absolute world class."