Life is like a box of low-budget horror films: A look at Savannah’s other movie history 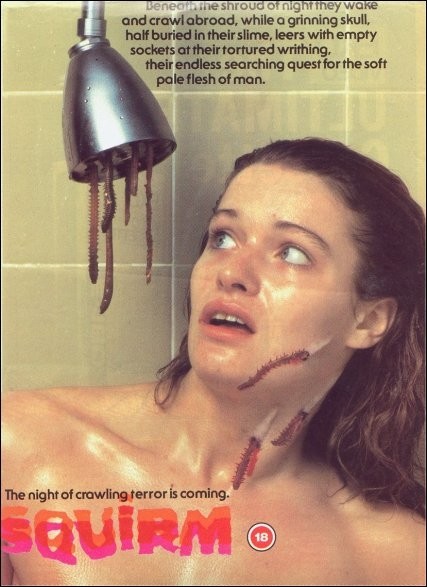 AS ANY daytrip through Savannah is enough to make clear, the city has always been an eminently 'cinematic' place.

The affecting local atmosphere, a tenuous collision of proud stone monuments and the foreboding swampland that teems between its cracks, has surely always ascribed the city a spellbindingly paradoxical character in the minds of locals and visitors alike—particularly, of course, those with a penchant for the phantasmic.

At the confluence of the city's defiant stonework and the insatiable swamp, Savannah balances on a kind of surreal, mystical detachment from the outside world, a foggy cobblestone stage girded by those eternally half-drawn curtains of Spanish moss.

If that sounds like a fair setup for your kind of movie, you won't find it very surprising that Savannah has been something of a film destination for some time longer than most of the city's newer generations of amateur paparazzi will remember.

Before Savannah became a place known far and wide for things like park benches and invisible pets, it was, to a few ambitious film directors at least, a hidden, secret place where hidden, secret things happened. Thusly, it was also a place where some pretty great (read: bad) B-horror and action movies were filmed.

Here, I'd like to take a quick look at a little bit of Savannah's 'other' movie history, before the Glory days of 1989, when our swampy little 'burgh was still cutting its teeth in the gory trenches of low-budget, 'exploitation' filmmaking.

In 1980, infamous Italian horror director Lucio Fulci was looking for his Dunwich. According to the script for the first film in his so-called 'Gates of Hell' trilogy, which would come to be titled City of the Living Dead, Dunwich was supposed to feel like a place that existed a bit beyond the pale of everyday reality, as close to the 'spirit world' as one might be compelled to imagine. Fulci found his Dunwich in Savannah.

Most of the local shots in City take place on Factor's Walk, the alley behind River Street that still cheekily sports a bit of the seedy image that once also defined the character of the old Riverfront. 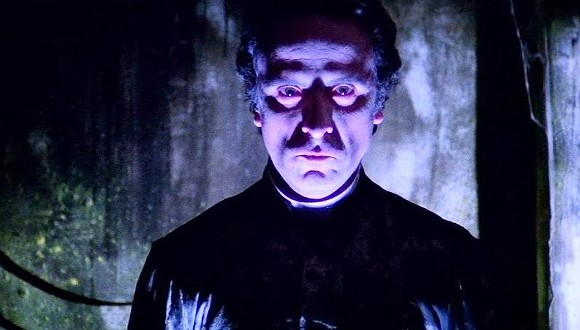 A scene from City of the Dead

Ludicrous waves of fog, the rhythmic strike of steps on cobblestone like a racing urban heartbeat, and, of course, a gaggle of famished zombies that make Edward James Olmos look like a Maybelline model all conspire in these scenes to offer the most impressively dramatic elements of a film that has otherwise come to be known as one of Fulci's worst.

Fortunately, there's an audience for that kind of thing these days (I'll be the first to raise my hand), and anyone with an interest in a unique intersection of low-budget horror and local history is sure to find plenty to recognize and enjoy, including a few scenes in well-known local cemeteries.

While it's pretty understandable that the Savannah Morning News has presumably decided to omit a film with the working title of 'The Gates of Hell' from its own internet database of locally produced films, this kind of bad publicity is just the sort of thing to give any B-Movie fan in Savannah a solid reason to break out the popcorn bowl and gear up for some grotesque fun.

City of the Living Dead also sports a memorable new-wave-meets-baroque-classical soundtrack by famed Fulci associate Fabio Frizzi, which you may just be lucky enough to hear spinning on vinyl at our own local B-horror mecca, Graveface Records and Curiosities.

Let's rewind just a bit more now, to an even more humble time before fancy words like "reputation" or "qualifications" had come to burden Savannah's modest local film industry. In 1976, a greenhorn director by the name of Jeff Lieberman arrived in Port Wentworth to create something that could only have always been destined for a lifetime of loving ridicule. 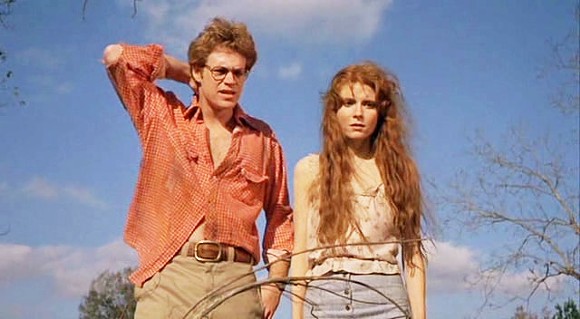 They're about to Squirm!

The result of Lieberman's efforts, a film called Squirm, tells the tale of a downed power line that infuses the local fishing bait population with a fearsome bloodthirst usually reserved for...well, scary things.

The rest of the story is generally forgettable and unfortunately invested in the details of fishing bait, but the level to which this film takes its 'B' status to heart is downright inspiring nonetheless.

Featuring such memorable themes as 'city boy in the country' and 'insane killer redneck,' not to mention a very admirable application of what must be the first commercially-viable pair of 'Billy-Bob Teeth' (as likely pioneered by the film's only memorable credit: future special-effects makeup guru Rick Baker), the film truly represents the finest, most irresistibly commentary-worthy silliness that B-horror has to offer.

It's quite unsurprising then, that Squirm eventually found its permanent home in the revered annals of perennial sci-fi-comedy favorite Mystery Science Theater 3000. As there are few greater celebrations of the fun to be had while watching bad movies, MST3K offers what can be safely assumed as the finest viewing experience of Squirm available, and it remains free and legal for viewing anytime at the show's online repository, (www.clubmst3k.com).

For an undeniably amusing look at Savannah in film 'before we were famous,' there aren't many better options than these two B-classics, and further treasures certainly remain just under the surface (see: the delightfully shameless Italian Jaws ripoff Great White for starters). If you're especially lucky, you just might still be able to catch someone in town who remembers 'the worm movie.'

Considering the likes of Squirm, City of the Living Dead, and the entire wacky stable of early Savannah films to which they provide a welcome entrance, it's safe to assume that anyone who claims that local history is boring just might in fact be a walking corpse in disguise. Here's fair warning. CS