AN ARTIST in residency at a gallery or studio is a unique opportunity to see the artist’s process laid bare.

Visit on the first day and see a mostly empty space, full of excitement and supplies and not much else. Visit on the last day and see the final product, a gallery-worthy display of art. Every day in between is a chance to shift the progression of the art in any direction.

With an artist like Maggie Hayes, who meticulously researches each project before diving in, her residency is a must-see at any point.

“Give Me My Flowers While I’m Still Here” is a two-week residency at Welmont. From now through Jan. 16, Hayes will create a show around the idea of obsession.

Obsession is already a major part of a residency’s essence. What could be more obsessive than living where you work, pushing out work every day for a limited amount of time? 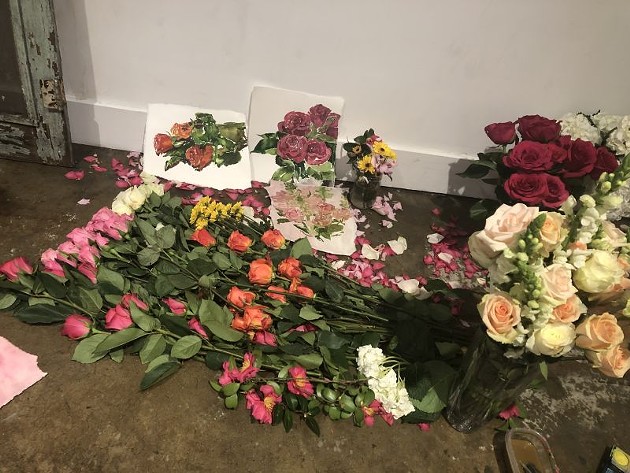 We visited Hayes at Welmont on the second day of her residency.

How did you get started on the idea for this residency?

Hayes: Charlie [Crosby, owner of Welmont] and I have known each other for a while, and when Ampersand was in existence, we had come up with a residency that was only a week long. Parallel to the theme of the subject matter, we asked, how do we create an appropriate sense of urgency in our life without driving ourselves crazy?

It started with obsession as the jumping-off point because I went to see this show [Obsession: Nudes by Klimt, Schiele, and Picasso from the Scofield Thayer Collection] at the Met Breuer in New York. I don’t know why, but I was expecting for it to be this salacious, juicy show. It didn’t capture the energy of obsession at all for me. Whoever curated this has never been obsessed with anything. Obsession to me has meant that you can’t think about anything else.

It’s one thing to be a critic of something, but okay, what can I do? Here are three brilliant artists and I’m sitting here like, “I’m not turned on enough by this.” Okay, then what do I have? So I started my amateur psychology research into obsession.

What did you find?

Hayes: I read a book about productive obsession. A lot of the time, we associate obsession with something sort of negative. There's a sacrifice in there somewhere, when you're having to skip something else. I think anyone that's achieved a level of greatness in any field has been driven by obsession, unless you're just really masochistic and you can push yourself through. The obsession fuels a lot of creative enterprise. I was looking at it like, how can I relate obsession to something that can be productive as well as destructive? 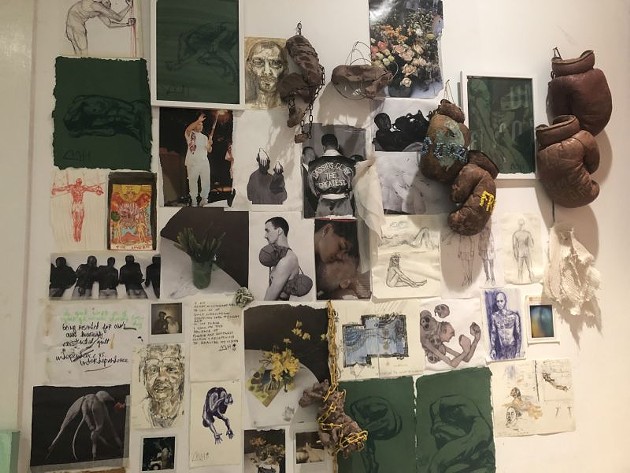 At some point, I was looking at the overlap of love, devotion, and obsession. If we love something and we make a commitment, the light side of that is devotion, and devotion has such a positive connotation. But obsession shows more of a shadow aspect when we start to talk about romantic or sexual relationships.

There’s something called fantasy bond relating to developmental psychology where someone might create a fantasy bond with a parent that’s unavailable. Having those fantasy bonds keep us going, to an extent. That really keeps us from being able to connect at some level. If I’m at all afraid of showing someone how I actually feel, and they’re not able to receive feeling from me, then we lose the juice.

I was like, I’m just going to be as crazy as I am and see what happens. For example, with having 90-foot scrolls, this is a product of my mind that otherwise I wouldn’t come right off the bat with and say, “This is what I think about all day.”

The next phase of the rabbit hole is going into how the fear of death relates to the fear of intimacy and that sense of, “I might lose myself if I fully show myself to this person.” It’s about accepting the fact that if you do fall in love with someone, one of the two of you is not going to last the whole time. We’re all going to die, but if you’re able to engage in a loving partnership, either the relationship will dissolve, you might die, or the other person might die. There’s no other way to end it.

I had a great uncle who lived to be 106 and I interviewed him when he was maybe 103 for a school project when I was in third grade. I asked him, “What’s the coolest thing about being 103?” And he said, “There’s not a damn good thing about being this old.” And I was floored. 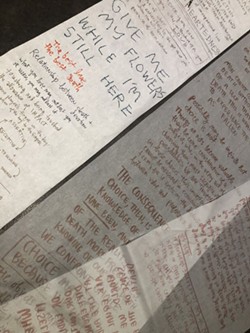 What’s the main message you want to send with this show?

Hayes: If I could summarize the ethos of the philosophy I'm trying to share, it's that despite the fact that we will die, it's so worth it to give ourselves fully to something that we love. Hopefully I can get that point across with all the work.

How do you think you'll convey that with the work?

Hayes: I'll be doing some performance art—I did a video project that I called my ritual death. It's about the ritual of, before you die, scanning your life for anything that has loose ends and loving and forgiving who those loose ends are, as well as yourself. My second project is based on a shamanic ritual of dismemberment, where you allow yourself to be disintegrated or chopped up and allowing your spirit guide to rebuild you.

I’ve got a few beaded pieces that will take me probably the entire two weeks. I have a lot to do between now and then. It should be kind of sensory overload if I can get it all together. I’m trying to let myself go wild and not censor myself too much. 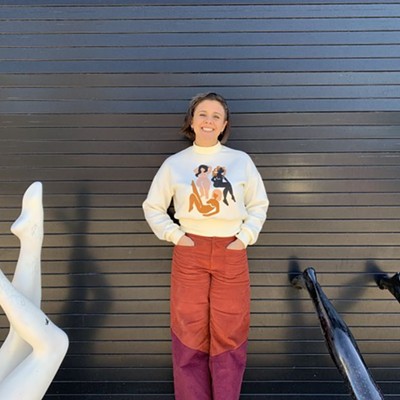 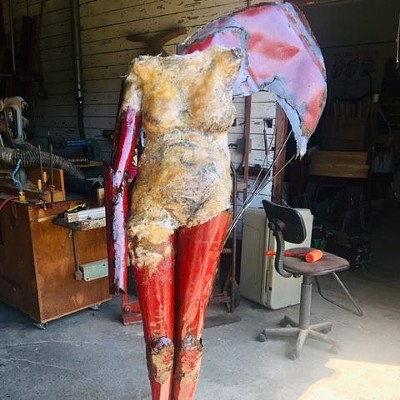 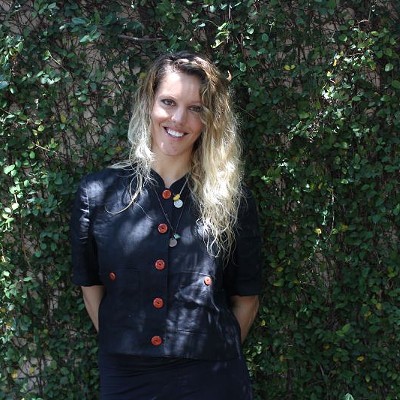