Harbor Deepening: Like it or not, change is gonna come

MY MOTHER has reminded me for decades that I am "not good with change."

I don’t know where she gets this, but I suspect it stems from the time she redecorated my room in seventh grade and I slept in the closet for two weeks. (I liked the shag carpeting, OK?)

Fortunately, my adaptive skills have improved since I was 12. You may have heard that the Connect/Pennysaver offices have relocated from their longtime spot behind the International House of Pancakes to charming new digs across from historic (and irreplaceable, *cough cough*) Grayson Stadium.

The adjustment has gone quite smoothly. Although I am seeing a specialist about my cubicle allergy, I am delighted with my nifty new chair that looks like it was designed by NASA and has enough lumbar support to ergonomically satisfy an elephant.

And look, Mom: I only hyperventilated a tiny bit last Wednesday, when Gov. Nathan Deal signed the final paperwork to start the Big Dredge of the Savannah River. The state’s Project Partnership Agreement with the U.S. Army Corps of Engineers means that the $266 million of our tax dollars that Deal squirreled away can now be spent on SHEP’s first two contracts: One to shovel out seven miles of open ocean off the coast of Tybee Island and the other to start construction on those oxygen pumpers needed to help the fish breathe.

You have no doubt already heard much celebratory crowing from Georgia Ports Authority mouthpieces about this milestone, but Savannah District Corps spokesperson Billy Birdwell reminds that the channel ain’t clear yet: Before the hoppers’ claws can reach past the mouth of the river, the dissolved oxygen injection systems known as Speece cones must be deemed effective. (Guessing this does not involve in-depth interviews with the neighborhood sturgeon.) 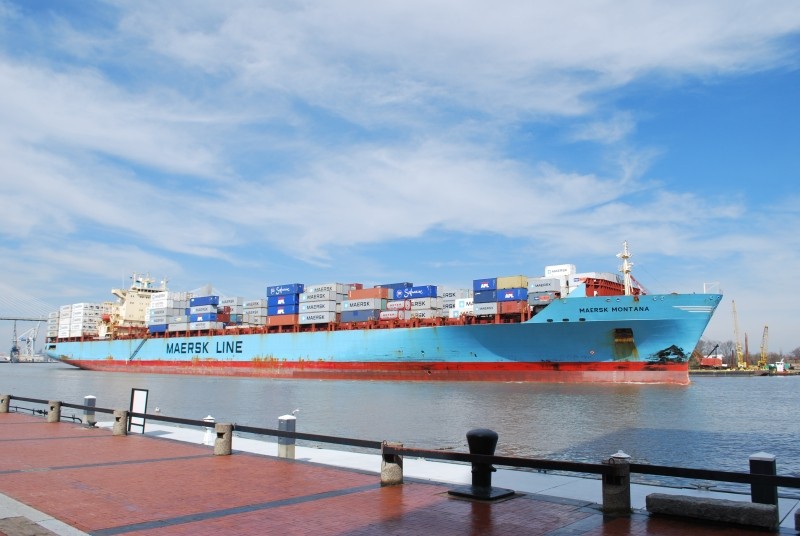 “The D.O. injection system on Hutchinson Island must be operational before we start dredging the inner harbor,” replied Mr. Birdwell to an email, adding that a similar system at Plant McIntosh upriver has to be ready no later than one year after that.

But does “operational” mean it’s working? That remains to be seen.

Each site will take more than a year to complete, and that’s barely the beginning: The GPA has set aside $2 million a year for bubbler maintenance, and the Corps will monitor the river’s oxygen levels and the other $300+ million worth of environmental mitigation—including the artificial creation of new wetlands and a freshwater reservoir for the city’s drinking water supply—for a decade after the deepening.

Those caveats are part of a lawsuit settlement levied by the Southern Environmental Law Center and the Savannah Riverkeeper, whose leader remains skeptical that the economic benefits of SHEP outweigh its environmental risks.

“Over the next couple of years you’ll see a lot of changes, and we will start seeing an answer to the question of whether this mitigation will really work,” said Riverkeeper Tonya Bonitatibus in response to Wednesday’s signing.

It bears mentioning that in his 1999 cover story—back when SHEP was first proposed—Connect editor-in-chief Jim Morekis clarified that “environmental mitigation” had already come to mean that “you can do damage in one area as long as you do something beneficial in another.”

Don’t forget that the state’s $266 million cash cache will only go so far: Locally-based AP reporter Russ Bynum notes that by SHEP’s second year, the Corps is gonna need a bigger allowance—to the tune of another $100 million—to keep the shovels a’shovlin’.

That means the federal government will have to kick down major money in the next year as well as secure the rest of SHEP’s price tag in future budgets.

Should the purse strings of Congress get distracted by, say, another war, such funding might be delayed.

So while change is inevitable, it can also be slow. If dealing with SHEP contractors is anything like remodeling a bathroom, don’t hold your breath for a finished harbor. Unless you have access to a personal-sized Speece cone.

Anyway, all the adjustments we’re going to have to get used to regarding the Big Nasty Dig could be trumped by the biggest change of all: Climate change.

The Union of Concerned Scientists recently released a 76-page report that projects widespread tidal flooding for coastal communities due to rising sea levels. Savannah and Tybee Island are on the front line, with a possible ten-fold increase of substantial “flooding events” over the next 30 years.

Last week’s stunning blood moon and king tides didn’t blanket Highway 80 in water this time, but island residents may want to consider packing an inflatable raft in the trunk for emergencies.

“There are different curves as to how much and how fast the seas may rise,” explains Dr. Jason Evans, a former UGA environmental scientist who now teaches at Stetson University.

“Some say it will be two feet by 2060—that’s the most extreme scenario. But five or six inches is pretty much a given.”

The brains at MPC Natural Resources are working on a county-wide strategy to deal with this wet reality, but municipal efforts to raise roads and retrofit storm drains have only been undertaken in the last decade. Might be because shoring up existing infrastructure is not nearly as economically sexy as a port deepening.

Echoing the report’s recommendation that coastal resilience needs to be a national imperative, Dr. Clark Alexander of the Skidaway Institute of Oceanography points out that the gauges at Fort Pulaski have shown an 11-inch increase in average tides since 1935 and are only getting higher.

“We can’t do anything about rising sea levels,” warns Dr. Alexander. “We’re locked into whatever warming is coming for at least the next 100 years. We’re going to have to learn to adapt.”

See? We’re just going to have to get cozy with all kinds of change around here, even if it means swimming alongside the post-Panamax ships on our way to work.

It’s a lot to process, and some find it more useful to approach it from a more poetic perspective. Artist/sage Jerome Meadows—along with a host of local talent—present our beleaguered waterways in the context of history and hope in the spoken word/dance rite“If Ever These Rivers Should Speak” at the Jepson this Thursday. (See related article here.)

Though Jerome’s not addressing these particular shifts, his opening invocation keeps tossing around my mind like a lost ship:

“What nameless and untamed eventuality enshrines the rhythm of this rising tide?”

None of us have any idea, really. The answer lies downriver, as the changes wrought by man and nature wind their way into an uncertain future.

Only thing we can do now is go with the flow.