When many have fallen, this bastion of goodness still stands 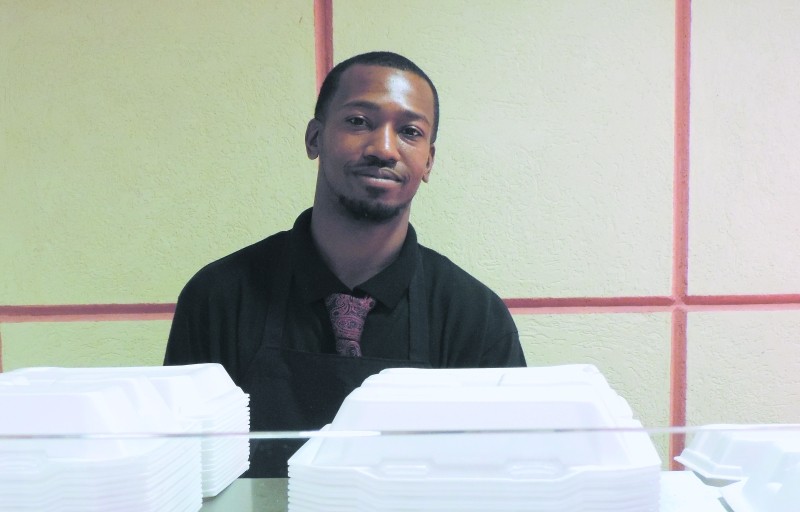 IT'S A sad day when you stop by a favorite eatery to pick up some well-loved tasty meal, and find the doors shut and locked, the windows dark and boarded up.

Shock, disbelief, yes, they all come into play. Pile on top of it all news garnered from neighborhood folk that tells a sorrowful story of hopes dashed, death, crime and decay.

Such was the tale of Victor Shawn, owner/chef at The Kickback on Waters, shot in the neck during a Sunday morning robbery and paralyzed.

Or the close of Grandma’s Diner, on the same street, due to rents raised too high by a city making big plans.

Miz Ida at Neighborhood Soul Food found that running a restaurant after her husband’s death was just too much to handle and another fine establishment closed its doors.

West Duffy Café’, serving up some mighty good meals for over six years, was shuttered out of concern over the building’s viability—shabby chic doesn’t mean too much when laid up against safety codes.

Yet there is a bright light within this tale, for not all is lost. I spent a few days wandering through  this troubled city hearing stories that sometimes brought a tear to the eye of this collard-greens lover, but then I came upon Little King on Montgomery Street.

There, in the midst of urban decay was a little eatery, bright, clean, tiled and fresh-looking as I peeked in the window.

And yes, oh my lordy, there was the oxtail, the okra ‘n’ ‘maters, the tender turkey wing in gravy...a soul-food haven for sure, that brought out an attenuated sigh of vast relief.

The original of this fine restaurant was opened back in 1994 and ran successfully until 2009, when it was closed suddenly and sadly lamented by the neighborhood. This past July 30, 2014, our African-American newspaper, The Savannah Herald, wrote of the Grand Opening of this beloved spot, and slowly but surely, the eager crowds returned. Count me in!

I’d called a few times to check on their hours but found the number disconnected —hey, you never know, somebody forgot to pay the bill, a little reconstruction here and there—however, my persistence finally paid off. Couple of weeks ago, in the midst of an intense craving for stewed turkey wings, I snagged the keys to the truck from my hubby as soon as he walked in the door from a half-day at work: “Bye! Gotta go! Later, Tater!”

See, I’d heard from Miz Elaine, of the recently closed Manna Feast (soon to re-open, I’ll keep you posted), that Little King had survived the shoot-out/urban blight that is downtown Savannah, and was still spinning like a top! On my way, baby! 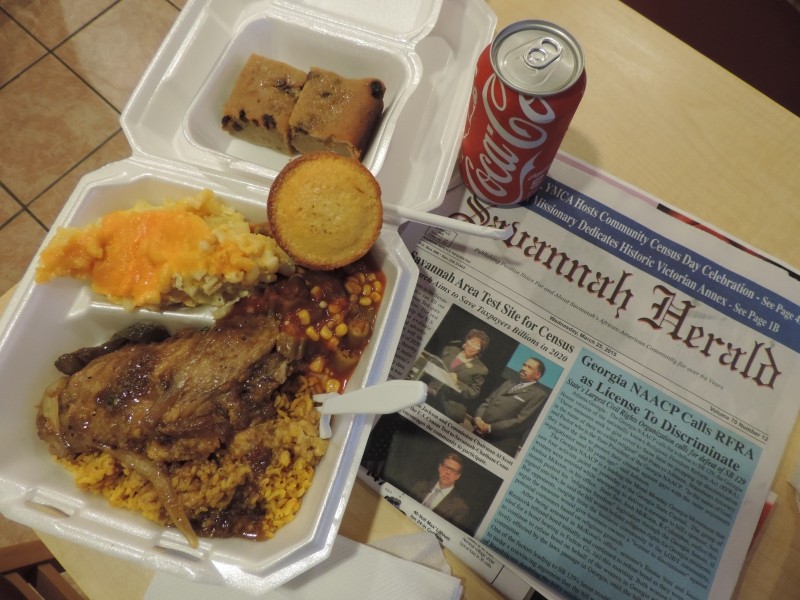 Shannon was behind the counter and happy to serve me up some very succulent turkey wing with gravy, tasty red rice, a rich blend of fresh-tasting tomatoes-okra n’ corn, and rich mac n’ cheese. She suggested dessert—all made fresh in-house—and who was I to argue?

While I was there, in this clean, bright little spot, I watched the neighborhood folks come and go, delighted with their meals to go, and joined in a little conversation with the locals who had their dinner in, watching a hoppin’ concert of Motown oldies on the TV. I felt quite at home, thoroughly satisfied and fulfilled after my yen for the kinda cookin’ I only find in my mama’s kitchen.

A later visit brought me back and luckily found the “Little King” himself, youngest son of owners/chefs Samuel and Delphine Keye, Sam Jr.

“My daddy nicknamed me, and Mama named this place!” he laughed. I asked him about the original restaurant:

“Oh, yeah, I worked there too. Same name, different location. I didn’t have a regular childhood. Every day after school I’d get in there and serve up the food while Mama ‘n’ Daddy cooked it up in back. Kept me outta trouble. By the time we re-opened, I’d married, had three kids, and was working at the Walmart warehouse. But I came back to serve here, and I’m happy to be here!”

Sam Jr. is a handsome, neatly dressed young man that exudes confidence, intelligence and kindness too. He listens carefully, packs each box neatly, and tops it off with a golden corn muffin.

He has something nice to say to everyone who walks in, and is, no doubt, part and parcel of Little King’s charm. His ready smile and openness greet each customer, and you can tell her serves gladly.

Little King has a varying menu, but each week sees freshly prepared, delicious soul food that makes the mouth water just to look at it. The portions are generous and the prices low: $10.75 got me that incredible turkey wing dinner, a coupla chunks of moist, sweet bread pudding and a canned drink.

Meals come with meat and three sides, corn muffin, and plenty of desserts to choose from. I recommend the sour cream pound cake, a wonder of sweet tenderness topped with a slightly gooey-chewy golden crust. The boxes are heavy with rich aromas and plenty of good taste, and two can easily share one meal.