Little Sheba and the Shamans: music for the right reasons

Tampa band supports Southern Culture On the Skids at The Jinx

Tampa-based R&B/garage band Little Sheba & the Shamans has been together for several years now, and they got together the old fashioned way—encountering each other in different bands and at shows, and forming a bond over mutual musical interests. It’s the way all bands should form, and perhaps the most organic way to find a creative chemistry.

This band’s chemistry is also helped by the fact that singer Ari Little is married to Christian Little, the band’s bassist. The Shamans were formed out of a desire for Ari to stretch her vocal range and do something with a little more power behind it.

“We’d all been in previous bands and took what we’d gotten from that and the strongest points of [those bands],” Christian Little tells Connect.

“Ari and I were in this sort of western swing/rockabilly thing before this, and the challenge there was finding things that suited her voice. She really wanted to shout and push her limits, and she couldn’t really do her whole thing in that softer style of music. That was a big motivator.” 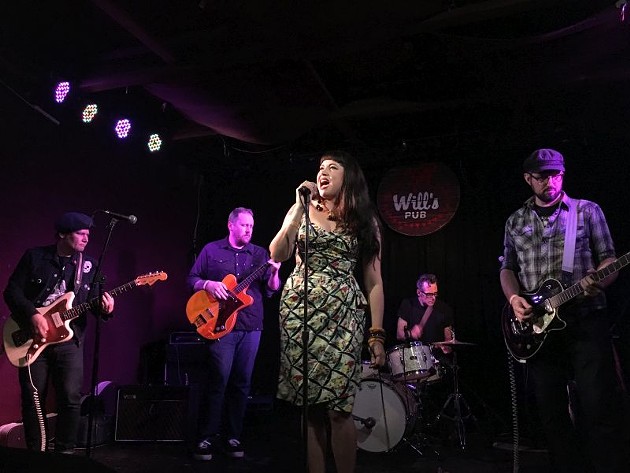 The band, who will be supporting the legendary Southern Culture On the Skids at The Jinx on Wed., Jan. 22 as well as on several other East Coast dates, actually counts SCOTS as a band that all the members mutually loved prior to the Shamans forming.

“They’re a perfect example of a band that we’d all kind of see each other at,” Little says, adding that also count contemporaries like J.D. McPherson as an influence as well as the R&B and rock and roll of the 50s and 60s.

“We take those 50s and 60s rhythm and blues and garage [sensibilities] and give them a punk rock approach,” he says.

The collective Tampa and St. Pete music scene, Little says, is extremely diverse thanks to both cities being so closely linked culturally, and was a major factor in what led the band members to finding each other. 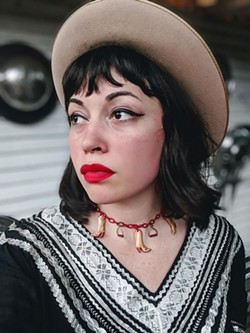 “Tampa and St. Pete are 30 minutes apart—two medium-sized cities with a ton of people, but it’s kind of spread out,” he says. “We’re kind of unique in that way. We almost have the population of a much larger city, but it’s so spread out that it’s not really thought of like that.”

As for what the future holds beyond the SCOTS dates, Little says the band has recorded some songs for eventual release, but they ultimately tend to let things operate pretty organically and focuses on enjoying what they do more than anything else.

“We don’t have any grand ambitions, but the more we can keep doing gigs and festivals and ignoring adult responsibilities the better,” he says with a laugh.

“It gives you a deeper appreciation for [music] because you can sort of take a break from life and do a couple of shows here and there. It’s like mini vacations with all of your friends, and that’s all we want.”