THEY'RE NAMED after everyone's favorite nature preserve, and can sonically instill the same sparkling kind of inner peace as their namesake. That's right: progressive folk troupe Little Tybee is back, and we are glad to have them!

Lucky for Savannah, our Atlantan neighbors come through once or twice a year; if you haven’t seen them before, get ready for a riveting performance—vocalist/pianist/guitarist Brock Scott, bassist Ryan Donald, drummer Pat Brooks, eight-string electric guitarist Josh Martin, violinist Nirvana Kelly, and keyboardist Chris Case are all musicians of incredible technical finesse.

When they write together, those abilities meld into an ethereal sound that merge folk, jazz, world, and psychedelic influences. Their latest, For Distant Viewing, was released in 2013; the band is currently working on their fourth LP.

Little Tybee plays our neck of the woods twice this week: first at Tybee Island Social Club, then downtown at Hang Fire. If you haven’t had the chance to catch the band before, bone up before the show: tune into our top picks off of their full-length releases.

The thing about Little Tybee is, it almost shouldn’t work. Each performer embodies their own world, carrying their own leads that are as captivating as they are technical—yet somehow, it all comes together into a cohesive and remarkably tranquil manner. “Hearing Blue” is an excellent example of the band’s abilities to blend, hold back, and play off of one another.

Syncopated handclaps open this cut off of 2013’s For Distant Viewing. As drums speak up and watery guitar trickles in, the handclaps grow, and bright-spirited strings send the song soaring.

Little Tybee’s vocal melody lines often carry the same vibe of their instruments; quirky turns create unexpectedly surprising choruses. “Hearing Blue” shows off the band’s stately textures: play it several times, focusing on a different instrument with each listen. Do it while wearing headphones and walking on a sunny weekend afternoon for maximum enjoyment.

There’s a certain kind of timeless summer nostalgia about “Passion Seekers” that makes it one to return to over and over again. Some of its vibes evoke vintage Hawaiian tunes (you know, the gems at the bottom of the thrift store bin) with playful piano stutterings and vocal play, chimes tiptoeing beneath Eisley-esque harmonies.

Lyrically, it’s a dreamy ode to being seaside, bathed in sunlight and moonlight. Roll down the windows and soak it all in.

While this track’s available on Spotify, it may be best heard with its accompanying music video. Shot during a three-day sailing trip from Savannah to Charleston, the gentle hammerings of piano are made all the more serene by visuals of lapping waves and the sun slipping into the growing dark.

It’s fun to listen to the incredibly lush and textural For Distant Viewing and trace the steps back to the relative bareness of “I Wonder What House the Fish Will Live In”—piano and vocals drive the thing, with strings and ambient instrumentation creeping in like the tide in the song’s final moments, creating the most subtle and understated of climaxes.

Turn it on when you’re stressed out at work and slip away. 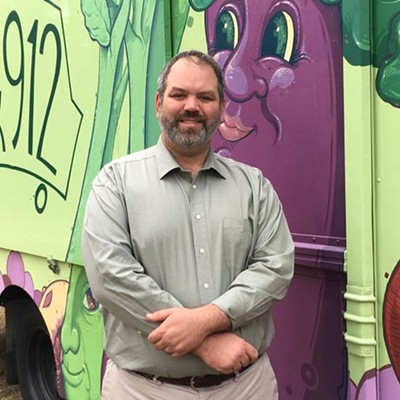