Grammy award-winning songstress shares her gift at The Lucas

Where: The Lucas Theatre for the Arts 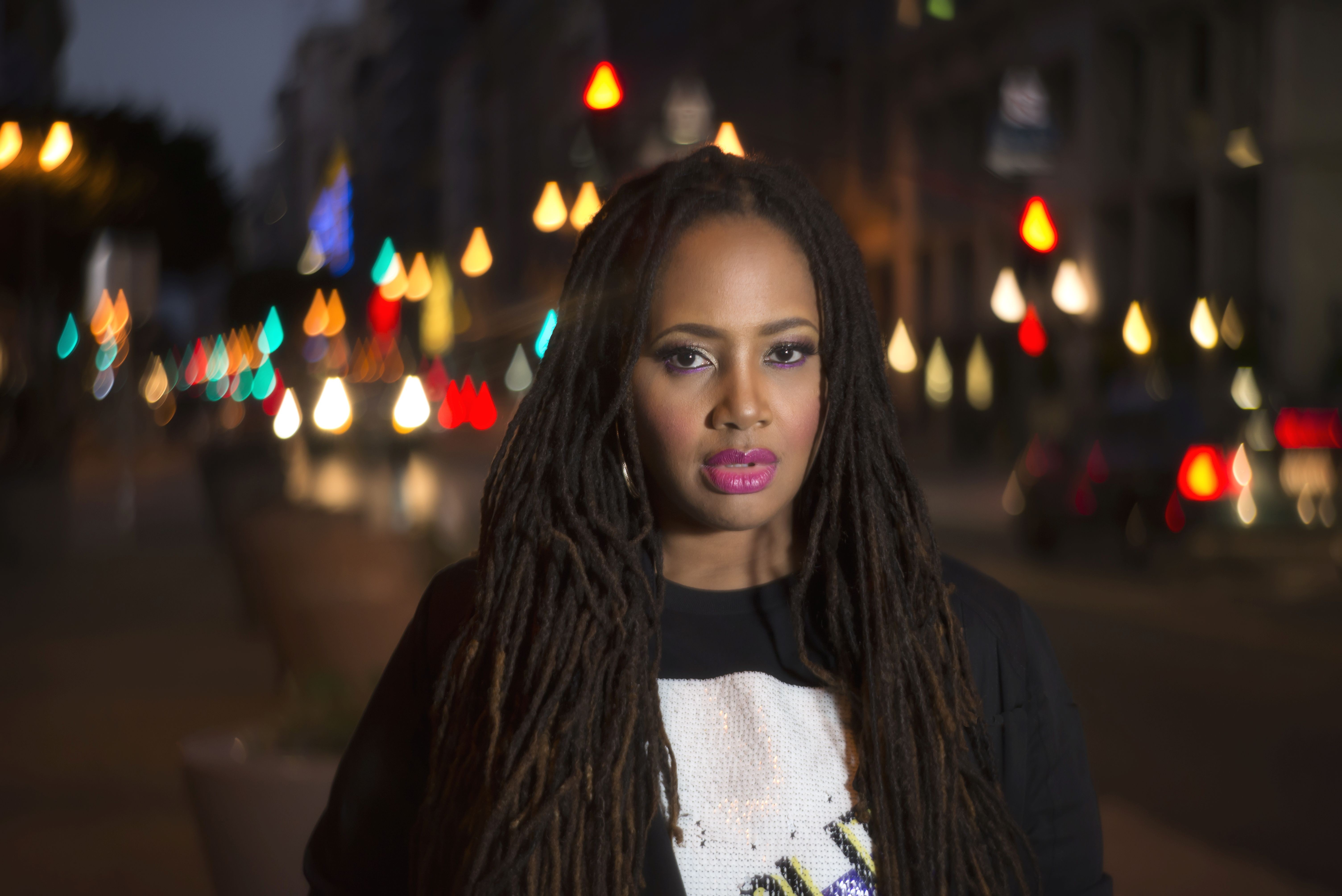 THE Lucas Theatre will resonate this weekend with the soulful melodies of Grammy award-winning artist Lalah Hathaway.

The daughter of soul singer Donny Hathaway (“The Ghetto,” “This Christmas,” “Little Ghetto Boy”) and classically trained vocalist Eulaulah Hathaway, Lalah was surrounded by music as a child. She even contributed coos and cries to “The Ghetto,” one ofher father’s most beloved songs, when she was just a year old. Tragically, when she was 10, her father, diagnosed with paranoid schizophrenia, was found dead outside Essex House, a hotel in New York City; the death was ruled a suicide. But the devastating loss didn’t quiet the family’s song.

Eulaulah enrolled Lalah and sister, Kenya, in performing arts high schools, where the girls studied piano. Hathaway wrote her first song in the 10th grade and was signed to Virgin Records in 1989, going on to study at Berklee College of Music, where she recorded her debut album, Lalah Hathaway, in 1990. The collection introduced a versatile, powerful singer with a mesmerizing command of the stage and impressive knack for easily transitioning between R&B, pop, jazz, and gospel stylings, and the world was absolutely hooked. Hathaway enjoyed a Billboard debut, hitting #191 on the Hot 200 charts and #18 on the R&B/Hip-Hop Albums charts; the slinky, upbeat single “Heaven Knows” peaked at #3 on the Hot R&B charts. Her voice recalled the warm, soulful intonation of her father, but Hathaway’s croon curled and smoked at the edges with a modern R&B kick.

Four years later, Hathaway released a follow-up, A Moment. Though it didn’t catch the critical acclaim that her debut did, she pushed on, pushing on to release The Song Lives On in 1999. A disc of duets with Joe Sample, in-demand pianist, Hathaway took on standards, torch songs, and even her father’s own “For All We Know.”

Recorded at The Troubadour in Los Angeles, Live shows Hathaway illuminating the very stage on which her father recorded his own live album. The performance was groundbreaking for Hathaway and made her realize the restraint she has taken in her career.

“Anytime people would ask, ‘Do you feel any pressure being the daughter of Donny Hathaway?’ my answer was, “No. There is only one me and there is only one him. I never have to fill those shows, I only have to stand in my own,’” she shared on her website. “For 25 years, I have been saying, ‘I’m my own person’ and ‘I know my path’ and ‘I don’t mind when people compare me to my Dad’ and ‘I don’t feel any pressure from the outside world’...but in reality, that very pressure can sometimes drive me into hiding myself.”

Singing on The Troubadour stage changed Hathaway’s life, and the intensity of the moment allowed her to stop hiding.

“I realized I was stepping into a light,” she explained. “I was literally and figuratively, taking a step into a new place, a new space where I could no longer hide. The record is not perfect. I didn’t fix every little thing and that was liberating. I submitted myself to the truth of the moment.”

After the show, a dear friend approached Hathaway and said, “You can put it down now.”

Hathaway knew precisely what he meant.

“Taking that moment to honor my father and celebrate my own career, to record a live album in the same room where he recorded his all those years ago, released me from myself, my self-created pressure. I opened up to me in a way that I had never done before. I could see things clearer. A fog had lifted.”

“Mirror,” a late cut on Live, holds a special place in Hathaway’s heart. An affirmation of acceptance and self-love, the song is an empowering anthem of living one’s truth.

“Stop hiding yourself, love yourself when no one else can,” Hathaway encourages in the song’s chorus.

As a distinctly unique performer in charge of her own image, “Mirror” is an inspiring tune that reminded fans why they love Hathaway so much in the first place.

“When I first decided to loc my hair, I was warned against it,” the singer shared when releasing “Mirror.” “They told me it was a bad marketing idea. ‘How will people relate to you with dry, nappy hair?’ I clearly understand now that I am a beautiful woman and I do not need to fit into anyone else’s paradigm of beauty because really, the only person I need to feel beautiful for is me.”

Hathaway’s Savannah performance is one of just three Georgia dates. As the star takes The Lucas stage, Savannahians will witness true beauty, inside and out.