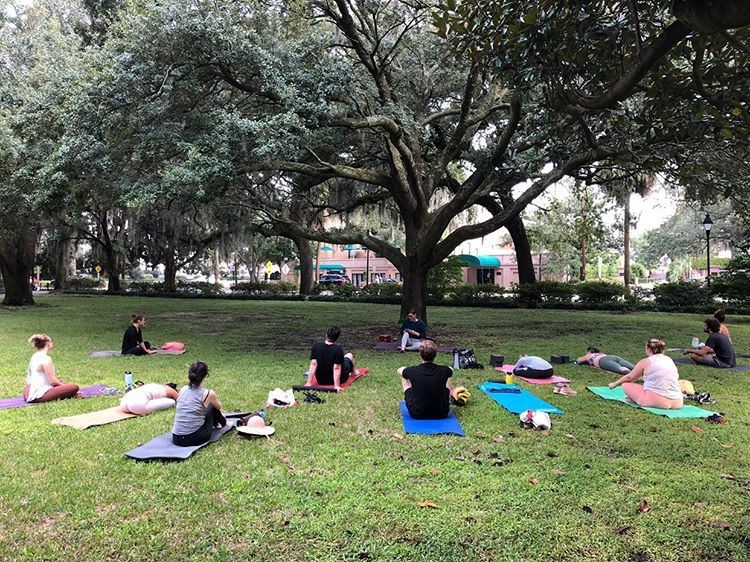 Check out her Instagram at www.instagram.com/moveslowbreathebig/ for updates and class times.

LIKE MANY OTHER business, Dancing Dogs Yoga, once located on 30 W. Broughton St., was forced to close their doors in March.

Some yogis traded their usual post-yoga coffee in for a cup of coffee after tuning into a virtual class. While others started jogging around the park or even decided the yogi life wasn’t for them anymore.

At first, Dancing Dogs offered virtual classes until they officially said goodbye in June. Though their other locations remain open, former instructor Kendra Pricken said, “The owner chose to shut down the Savannah studio due to lack of finances. It just couldn’t stay afloat.”

However, Pricken took this opportunity to pursue something she wanted long before the pandemic hit. As the city transitioned into phase three of reopening, Savannahians had to create new routines. Although some could grab a mask and head to the gym, Dancing Dog members couldn’t return to the studio.

“I had no idea if people would come or if they would like the style that I teach,” Pricken said. “But I’ve been amazed at the turnout and positive experiences students have been sharing.”

After teaching at Dancing Dogs for two years, Pricken was able to bring those connections from the studio to the park.

For student Sophie Leopold, attending class in the park was no question.

“Kendra’s teaching style is so soothing,” Leopold said. “I’ve been taking her classes for years now, first at Dancing Dogs studio downtown, then on zoom at home during the beginning of the pandemic. When she started park classes, I couldn’t get over there fast enough.”

Pricken’s class times are always changing, but her students remain loyal. Of course, teaching in the park changes things up a bit.

“I’m not sure the role itself has changed, but the circumstances and environment have shifted the way it feels to be a teacher,” Pricken said. “I think it’s more that now I can fully step into the role of teaching, which is not about putting yourself on a pedestal – it’s about reminding people they are their own best teacher.”

If you’re looking for motivation to either get back into or start the practice, as Pricken said, “There’s never been a better time! Try different styles and teachers, online or in person, and don’t get discouraged if some of them fall flat.”

Yoga challenges your brain, body, and patience alike, but it’s a practice that can be customized to your experience level or ability.

“Remember to trust and honor your body,” Pricken said. “Take time to understand and appreciate the vast history and spiritual wisdom of yoga. Let your practice be more than physical. The poses are great tools, but yoga in itself is so much more than that. If you can breathe, you can do yoga!”

But if headstands and sun salutations aren’t for you, then find aspects of yoga that could benefit your routine.

“Focus on small, achievable tasks that make you feel grounded and nourished – this doesn’t have to be anything expensive! I’m talking five minutes of meditation, spending time outside, journaling as soon as you get up in the morning,” Pricken said.

Health and wellness are at the forefront of everyone’s mind right now. It doesn’t matter if it’s a good night’s rest or lifting weights that makes you feel good; it’s just about caring for yourself.

“Don’t worry so much about whether you are doing it ‘right.’ If your routine or self-care doesn’t look like someone else’s, that doesn’t mean it’s wrong.” Pricken said. 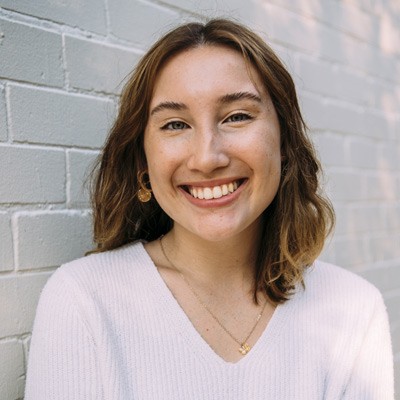 A Naples, Florida native, Leila attended the Savannah College of Art and Design in Atlanta, Georgia. The charm and history of Savannah called soon after however, and she's now pursuing a degree in writing at SCAD Savannah where she's also a staff editor for the school's newspaper. The Connect Savannah contributor...
More 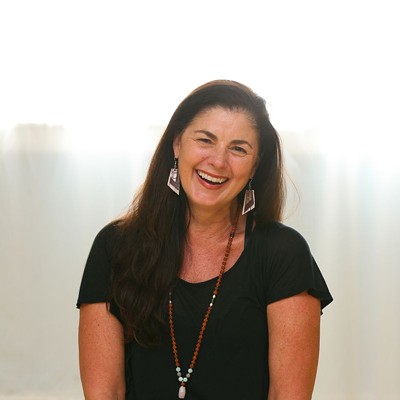 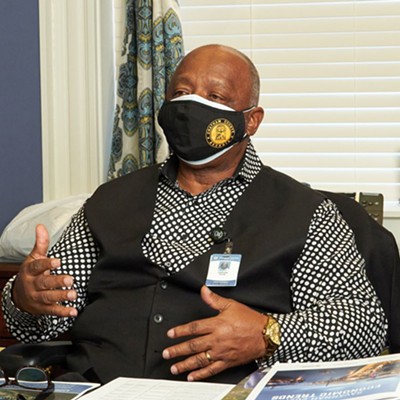