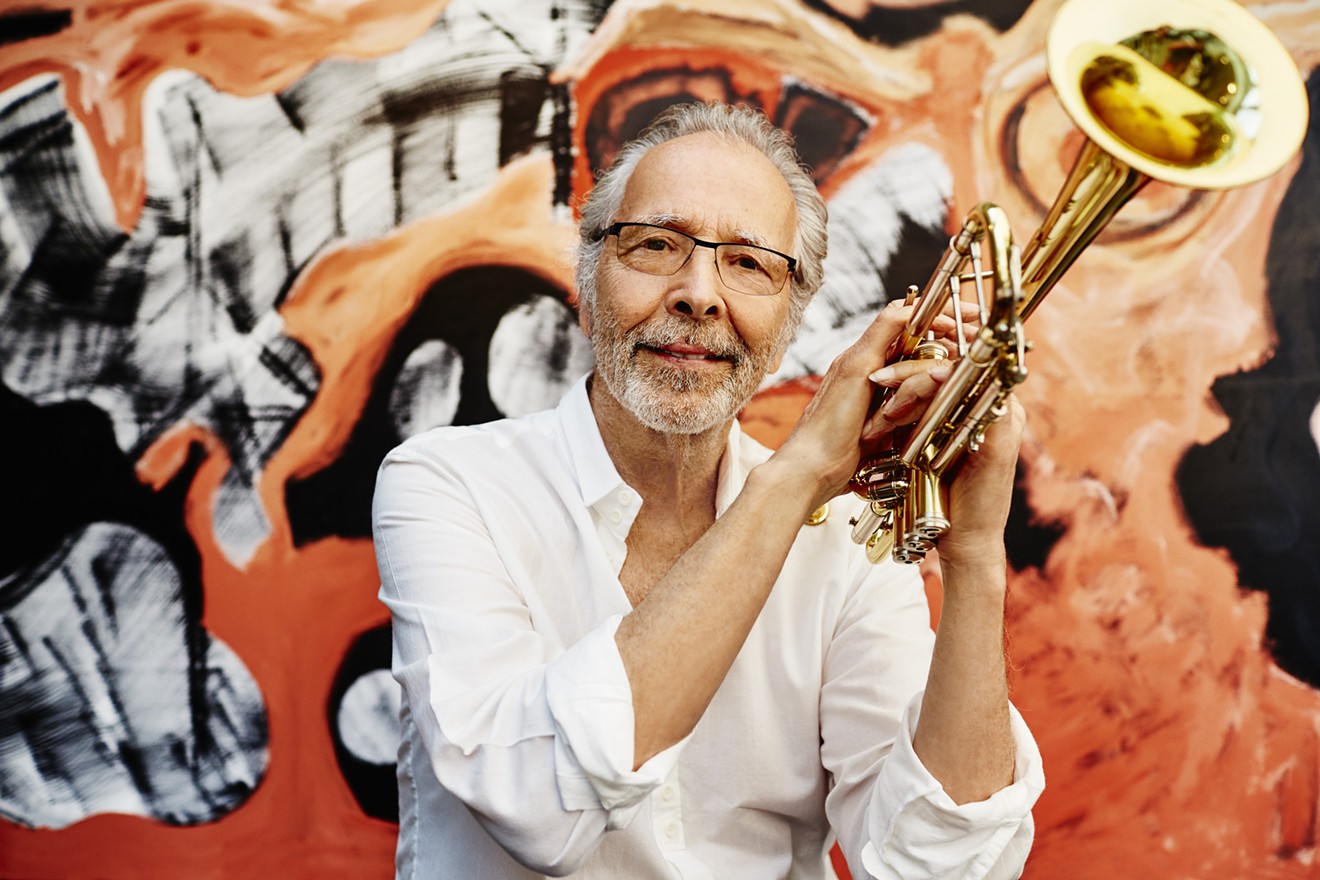 The man who co-founded A&M Records. The man who Miles Davis once said, “You hear three notes and you know it’s Herb Alpert.”

But, to him, it is all about the art.

“It is. It’s all about the art.” He explained, “I’m a right-brain guy. I paint. I sculpt. I make music. I wake up in the morning passionate about what I’m going to do that day.”

Albert knows about passion. His music is instantly recognizable and his musicianship has earned him nine Grammy Awards, fifteen Gold albums, fourteen Platinum albums, and he has sold over 72 million records, including with his Tijuana Brass.

But, it wasn’t always that way when he started his journey.

In what may have turned out to be the selective whim of a elementary school boy, Albert selected his instrument of choice from a table of others. 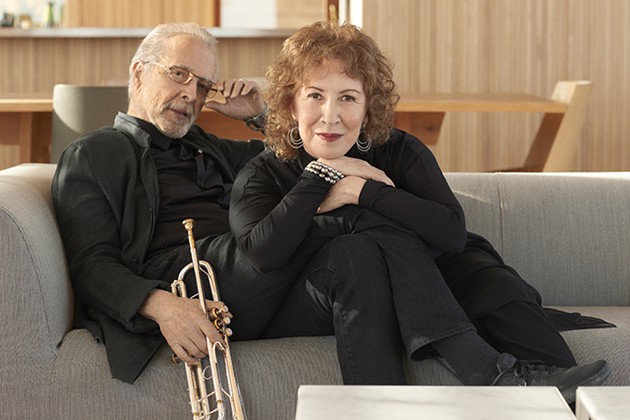 “Our grammar school here in Los Angeles had a music class with a table filled with instruments. I just happened to pick up the trumpet, although it was a table covered with choices like clarinet, saxophone, and flute,” he said, remembering. “It [the trumpet] sort of fit in my hand and I thought you blew hot air into the mouthpiece. Nope. It took a little more ingenuity. I stuck with it. “

Alpert stressed the importance of a teacher who believes in you and your art.

“I found a teacher who gave me the basics on how to make a sound. Once I started making the sound, I got more intrigued. I kept following through with playing the trumpet and luckily my parents were very encouraging. Through the years, I’ve had a lot of great teachers who have all had a different way of approaching their art.”

Even a seasoned professional like Herb Alpert experienced struggle at first finding his true voice.

“I spent a lot of time trying to play a little bit like Louis Armstrong and Miles Davis, Rafael Mendez and Harry James and a lot of different artists I liked. I came to the conclusion: ‘Who wants to hear them? They’ve already done it.’ I had to find my own way of expressing myself.”

Alpert said, “When I got over the hump of wondering if my stuff was as good as when I lost that concept, and when I got into seeing where Herb Alpert could take this… well, that’s when things started happening for me.”

“I really love jazz—of course, I love all music—but jazz really touches me and I’ve gotten to meet many of my jazz favorites over the years. They all had a little different way of approaching their instrument and playing jazz.”

Pausing, he added, “Jazz is an elusive butterfly. It’s very hard to pin down.”

He reiterated his advice.

“That’s what’s so beautiful about the arts. It’s very personal,” he mused. “It doesn’t mean just because you’re not receiving, the other person isn’t sending anything special. It just means it’s not connecting with how you’re feeling it. I’ve heard a lot of great musicians in my day and artists who can play the right notes, the right chords, a great facility, and can play high and low, but then you realize you’ve lost your attention and wonder why it’s not catching. However, other artists play a note or two and hit them the right way where it’s just great.”

One can’t reach the level of Alpert’s success without good old practice. 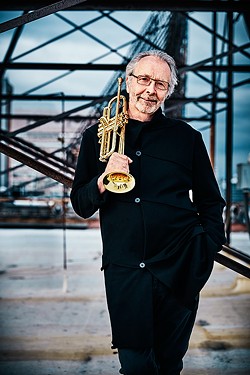 “My biggest ‘ahh’ of all was when I ran into trouble playing the trumpet in 1969 and in 1970-1971, I was going through a divorce and I could not get the first note out properly. I was stuttering through the instrument. It was my nerves getting the best of me. So, I tracked down this trumpet teacher who was living in New York City, by the name of Carmine Caruso, nicknamed,‘the trouble shooter,’ because he would help students from all over the world who had problems with their instrument.”

“I met him one evening when I flew to New York with my wife, Lani, and we met him at a hotel. I said, ‘Carmine, what am I doing wrong?’ He said, ‘Even if I told you, it wouldn’t help you. It would be frustrating if I told you what you’re doing wrong.’”

“Still, I wanted to know and was willing to work on the problem. He hemmed and hawed and wouldn’t tell me details until finally… I gave him a couple of drinks. And, he said to me, ‘Try to play with your mouth open.’”

Alpert laughed at the memory, but continued with his point. “[Carmine and I] became great friends and he helped me quite a bit. Here, I’d thought I should change mouthpieces or the trumpet itself until Carmine said the most poignant thing.

“‘Let me tell you something, kid, you’re the instrument. That’s just a piece of plumbing. It’s an amplifier of your sound. The sound is coming from within you.’”

“That was the big one for me,” Alpert exclaimed. “That was when I realized that was it. He had said to me in simple terms what I needed to hear. That’s what I try to share with kids who are trying to be a musician. Try to find your own voice. That’s the beauty of pursuing it.”

Longevity in his career and the stamina to play the trumpet are accredited simply to the man himself.

“I stay in touch with the instrument every day. I have a series of exercises that help me play the things I want to play. I’m enthused and passionate about what I’m doing. I’m playing better now than I did 40 years ago,” he said with a laugh.

As many people experienced during the long pandemic, Alpert, too, had a major breakthrough during the COVID two-year period where he was kind of isolated.

“I was thinking about all the trumpet teachers I’d had through the years and how they approached teaching. I had this one instructor who was Russian, the first trumpet player with the San Francisco Symphony. Every time he hit a high note, he’d put my hand on his diaphragm to show me the sound wasn’t coming from his throat or chest, it was coming from a deep place.”

“I started thinking of that and started using it a little differently than I had in the past. It was a breakthrough. I don’t know if it will necessarily be discernable in my music. I try to use all of the technique that allows me to play what I want to play.” 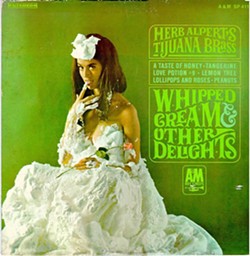 For 13 years, minus the pandemic, Alpert has been touring and sharing his music and this multicity tour continues the same. Fans can expect standards and favorites, as well as new tunes.

“People might not know all the songs I’m going to play, but I hope they get the feeling they get when they hear these songs. I try to put my heart and soul

into every note I play. I see it. I fee it,” he said. “Even if I’m playing the Tijuana Brass Medley, which I’ll do, it won’t be how I’ve played it a hundred other times. I’ll play it as I feel at the moment. That’s how I recorded all my music. I’ve always tried to bring something of the moment into what I was recording so it didn’t sound like it was written or so well-rehearsed that you couldn’t make a mistake. I like the feeling of spontaneity. I think that’s where art lives.

Alpert visited Savannah a long time ago with the Tijuana Brass, but will be enjoying performing here for the first time with this group. 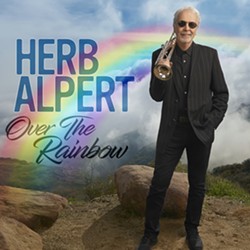 “It’s very transparent between Lani and me,” he said of the upcoming performance. “It’s just a bass and keyboards. It’s real and it’s good. We have a lot of visuals, videos we did, that I did, and little things that highlight our life. We’ve been together for 49 years. She’s beautiful…a world-class singer. I probably wouldn’t be doing these tours without her. It feels right and is a nice combination. She brings a whole new thing to the show that I think is special.”

Fans will not be disappointed by the Rock and Roll Hall of Fame member. 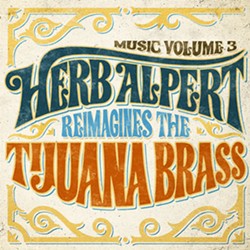 Herb Alpert’s extraordinary musicianship has earned him five #1 hits, nine GRAMMY® Awards, the latest from his 2014 album, “Steppin’ Out,” fifteen Gold albums, fourteen Platinum albums and has sold over 72 million records. Herb Alpert & The Tijuana Brass propelled his sound into the pop music limelight, at one point outselling the Beatles two to one. In 1966, they achieved the since-unmatched feat of simultaneously having four albums in the Top 10– and five in the Top 20. | Images provided by savannahjazz.org

“We’ve had some great, great reactions to the music over the last 13 years. We’re not doing the exact show because we’ve changed songs, but it has the same feeling and we think people will react to that.”

“Music is the heart and soul of our county,” he said. “We need more of it. For the last year, our jazz club has done more business than before COVID. People want to be entertained. The real crux of all of it is—for me as well—whether painting, sculpting, or even listening to music that brings you pleasure—you’re in the moment of your life. That’s what’s so seductive about getting involved in the arts.”

Alpert has sold over 72 million records, 29 of which were gold or platinum, he founded A & M records, discovering, and promoting such great artists as The Carpenters and The Police.  And in 1966 he sold more records worldwide than the Beatles.

Savannah Jazz Director, Paula Fogarty, says, “You just can’t be in a bad mood listening to Herb Alpert’s music! Whether it is early Tijuana Brass or later work, it is profound and inspiring. I know we will have some people on their feet at this show!”

Savannah Jazz presents Herb Alpert and Lani Hall in Concert at the Lucas Theatre for the Arts on July 23. Tickets can be found at tickets.savannahboxoffice.com. For more information visit savannahjazz.org