A staple of any Fourth of July celebration are fireworks. Bottle rockets, aerial fireworks and roman candles are all fun ways to show your patriotic spirit, but can pose potential danger and safety risks.

Even sparklers, which may seem harmless, can cause serious burns if not handled correctly.

“One of the most common mistakes is what they [people] use to light fireworks with. Handheld lighters are okay, but you want to have something similar to this [longer length lighter] that will give you some distance away from the actual wick,” explained Ifill.

Ifill emphasized the importance of maintaining proper distance from fireworks large or small.

“A lot of people assume that a small firework is not going to put off enough heat, smoke or charge to cause any damage. That’s another major misconception. It [fires] can happen with a large firework or a small one,” said Ifill.

Officials say people need to be wary of how close they are to buildings, and to be mindful of their neighbor’s properties as well. Ifill also noted that those shooting off fireworks should be conscious of creating loud noises, as it can be triggering to pets and people who are sensitive to noise.

Despite the dangers Ifill is thankful citizens in Savannah are usually responsible when it comes to fireworks.

“The majority of people who are doing fireworks are extremely conscious of what they’re doing. They’re responsible,” said Ifill

Jason Pagliaro, Homeland Security Officer for the Savannah Police Department (SPD), was also present and stated that SPD will have an additional 75 to 100 officers patrolling the downtown area in close proximity to City Market.

SPD will also close River Street around 6:30 p.m. and will reopen after crowds dwindle, allowing for cars to safely travel on roads.

Depending on crowd size, roads around City Market may be closed off by SPD. Updates on road closure will be posted by SPD on their social media channels.

Pagliaro said that SPD will be practicing aggressive DUI enforcement, and encourages people to call an UBER or find an alternative method of transportation if they have been drinking.

Facts and Tips on Sparklers:

Sparklers account for roughly one-quarter of emergency room fireworks injuries in the U.S.

Citizens should  be aware that firework noise in Savannah is limited by a Nuisance Ordinance:

The State of Georgia permits the purchase and use of consumer fireworks, which include everything sold in Georgia retail stores - from bottle rockets to firecrackers and sparklers.

More than 19,500 reported fires are started by fireworks annually

Burns account for 44% of the 9,100 injuries treated in U.S. emergency rooms in the month around July 4

Half of the 9,100 fireworks injuries seen at U.S. emergency rooms in 2018 involved the hands, fingers, or legs

Use glow sticks instead of sparklers - Sparklers burn at 1200 degrees. Compare that to the 900 degree melting point of glass, the 575 degree burning point of wood, 350 degree baking temperature for cake and the 212 degree boiling point of water

Use homemade and party store noisemakers instead of firecrackers - 34% of the 9,100 people treated for fireworks injuries in U.S. emergency rooms in 2018 suffered damage to the eye or other parts of the head.

Host an outdoor movie night instead of a fireworks display – In 2018 fireworks started an estimated 19,500 fires in the U.S.

Use red, white and blue silly string as a fireworks alternative – Fireworks ignited 1,900 structure fires, 500 vehicle fires, and 17,100 outside and other fires in the U.S. in 2018

Host a patriotic costume party and craft competition with friends and family – in 2018 fireworks caused five deaths and $105 million in direct property damage in the U.S. 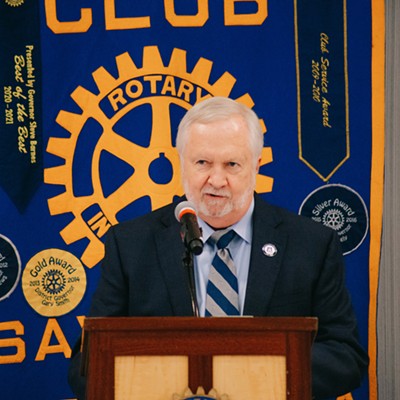 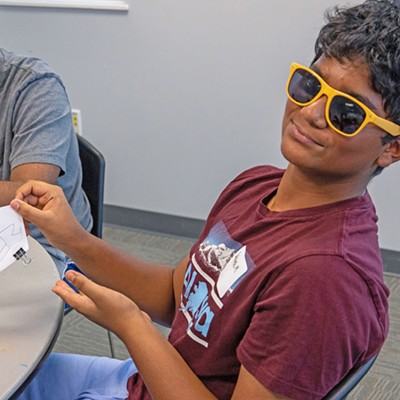