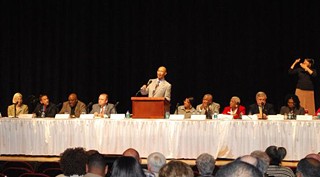 The search for a permanent city manager was nearly concluded during the last City Council meeting. But the process stumbled back into the quagmire of confusion and uncertainty from whence it came. Three possible solutions were presented, despite the fact that the city manager search was not on the day's agenda.

The mayor presented a potential compromise, which he'd hinted at earlier in the week but kept secret until an executive session Thursday morning.

His plan included keeping Acting City Manager Rochelle Small-Toney in the position until January 2012, when the process could begin again after municipal elections had been decided.

The mayor's plan was contingent on Small-Toney acquiring the $1 million Surety Bond for public officials.

Alderman Larry Stuber presented another potential compromise, wherein Small-Toney would step down as acting city manager until November 2011, when, following the municipal election, the search for a permanent candidate would begin again. His plan would require bringing in another interim city manager for the remainder of 2011.

Both plans were put to a vote and rejected 5-4, with different arrangements of council members objecting to each compromise.

Mayor Pro-tem Edna Jackson described Stuber's proposal as "a slap in the face," to Small-Toney, saying she shouldn't have to step down after serving the city effectively during her tenure.

Several members of council expressed concerns that the bond requirement in the mayor's compromise still hadn't officially been made law. Alderman-at-Large Jeff Felser tried to force a vote on the bond ordinance but was rebuffed. The mayor said the bond issue didn't need to be law in order to be part of the compromise.

After more than a week spent searching for common ground, the votes, as well as the discussions surrounding them, illustrated how divided council remains on the issue, and not strictly along racial lines.

Following the rejection of the Mayor's compromise, Alderman Clifton Jones made a motion to vote on permanently hiring Small-Toney for the position.

"There's no reason to shuffle this to somebody else," said Alderman Jones. "We don't know who they will be."

A momentous silence followed the motion, which never went to a vote for lack of any member willing to second the motion.

Punctuated by a clamor from council and the peanut gallery, a motion to adjourn was raised and seconded, ending a bizarre meeting that included a period of unsanctioned public comment, lengthy proclamations from members of council on the current manager search, and considerable political maneuvering.

After the meeting, Jones said he was surprised by the lack of a support for the vote. "They're afraid," he said, adding that council still has "the power to reconsider."

It was an imperfect end to a long week.

Early last Tuesday, the group gathered for a day-long retreat at Lebanon Plantation to repair bruised relationships and discuss strategy.

The council began the day with a session titled "Get it off your chest," an opportunity for members to vent frustrations with the heavily divided proceedings of the last several weeks.

Following some remarks by the mayor about inappropriate comments from staff made to the media about a separate issue, silence fell over the room while everyone waited to see who would breach the subject of the manager search.

Surrounding the circle of couches where council sat was a ring of media, including television cameras, which closed in around the group, sensing the chance for bloodshed. The annual council retreat during the first quarter normally covers planning for the year ahead and a review of the council's priorities.

Civility was soon overcome by emotion, including heated exchanges between several members about who was responsible for injecting race into the dialog.

Even divided, the council, which has now worked together for seven years, maintains a peculiarly dynamic relationship.

During a break for lunch, after all but one television camera had left, the fissures between council members were bridged by common ground, swapping stories about calls from constituents (there's an influx of large opossums in an Eastside neighborhood).

The atmosphere had shifted back to city business as they moved on to discuss affordable housing, code enforcement, SPLOST money and a pilot program in partnership with the state's Department of Revenue.

The meeting closed with an hour of planning for the following night's town hall meeting at the Civic Center. There were concerns about a larger than normal crowd, potential security threats and time limits for speakers.

"We've got a real mess on our hands," said Alderman Tony Thomas. "We can all agree to that."

Listening to the public

After being characterized as uncaring or unresponsive to public outcry over the search, council members touted Wednesday's town hall meeting as an opportunity to listen.

"We have to come off as good listeners," said Stuber, a day earlier.

Everything except the Mayor's "State of the City" address and time for public input was removed from the agenda.

Dozens of police officers were positioned in and around the auditorium in case anyone became unruly. A crowd of more than 300 gathered, and even if their rhetoric was occasionally uncivil, their behavior never was.

The Mayor, offering the final "State of the City" address of his tenure, used the opportunity to reflect on the accomplishments of his administration over the past seven years, including thanking many of the people whose hard work and dedication was the foundation of that success.

Reducing crime rates, significantly improving drainage, creating the Healthy Savannah Initiative, improving international relations, and surviving economic hardship relatively unscathed were among items cited to remind the crowd of the positive developments across the city since he took office.

What followed was nearly two hours of public comment from 46 speakers, who demonstrated the spectrum of opinion on the mayor, the city manager search and numerous other local issues.

If council was listening, they heard firsthand how divided the populace was, and at times how misinformed they were on the subject.

Accusations and commendations flew toward the stage, but council sat quietly, having previously agreed that they would each give three minute responses at the end of the meeting. When council finally spoke, it was not to correct misinformation or provide guidance to constituents.

Half offered prepared remarks about a search for unity and their fears for the community.

Alderman Van Johnson simply thanked the audience for coming and bid them a good night, without any additional comments.

After the failure of two potential compromises, and no support for a vote on permanently hiring Small-Toney, it's unclear how the process will move forward.

Alderman Johnson mentioned the possibility of re-introducing the mayor's compromise at the next meeting, and Alderman Jones also seemed likely to continue pressing for a vote on Small-Toney.

The variable in the process is the million dollar bond, which has become a central part of the entire discussion despite the fact that its reasonability hasn't been fully investigated.

Following the council meeting Alderman Johnson said the issue of the million dollar bond is still under review - one of the reasons there wasn't unanimous support to vote on the new ordinance - because Savannah might be one of only a few cities in the country with such a steep requirement.

"It's common that public officials are bonded," explains Mark McCallum, the CEO of the National Association of Surety Bond Producers. "I would think it's unusual to have a bond of million dollars. That seems high."

McCallum explains that although public officials like Treasurers might be rejected for a bond if they had recently filed bankruptcy, an official might not be able to receive a bond if they didn't have personal assets to match the value of the bond. A bond company wants to know that the principal can pay back the bond if necessary, making a million dollar bond fairly difficult for an individual in the public sector.

Whether Small-Toney hasn't been bonded because of personal issues or because of the total value of the bond is still not clear.

"There's still been no explanation about why she's not bondable," said Alderwoman Mary Ellen Sprague after the meeting. 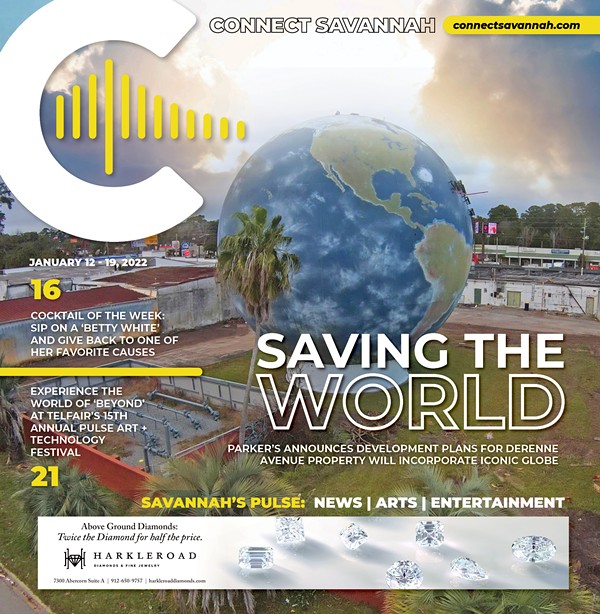