Savannah’s sister city soul sister is back in the South

WITH bohemian swagger, a smoky, classic blues voice that breaks apart into a pure rock 'n’ roll belt, and a raw passion for performing, Elise Testone has been making audiences go wild for years now. After puttin’ in the time on the Charleston gigging circuit singing classics and creating special experiences like the award-winning Elise Testone’s James Brown Dance Party tribute night, Testone took a leap and auditioned for American Idol in 2011, finishing in sixth place on the show. Song choices ranging from Led Zeppelin, Stevie Nicks, and Jimi Hendrix showed off Testone's ability to tear the roof of a place with her powerhouse vocals.

After the show, she went on to record an album of soulful, original rock ‘n’ roll, In This Life. Since the debut LP, Testone’s shared a string of varying singles, including the sultry R&B-tinged “Now” and the jazzy “Time.” The Jersey-turned-Carolina-Girl left the Lowcountry last year to live, write, and tour out of New York City. We chatted with Testone about small town gigging, performing on a hit competition show, and the new songs she can’t wait to share with her fans. 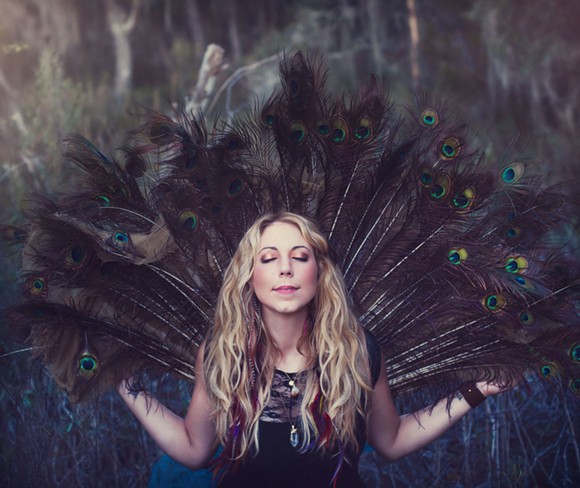 Sarah Poe
Elise Testone released an album of original songs, 'In This Life,' in 2014.

You were gigging really hard in Charleston. What did you learn from hitting that circuit? Is ‘putting in the time’ important for artists?

I couldn’t convey more how important it is to experience those growing pains of gigging in all formats and as much as possible in the early stages of your career. The business is ever-changing, challenging, mentally taxing, physically demanding, and never certain. It’s important to understand this so you can stay grounded when things feel really great or you think you’re in some sort of ‘safe place’ in your career.

This career path has no destination. You must understand you live for the ride, the roller coaster ride, and you can find out pretty quickly if you’re made for it or not by really hustling right at the start.

Charleston has such a diverse, tight-knit music scene. What was it like getting your footing there?

I loved finding more parts of myself in Charleston. The relationships, the music, the art, the food!

The day I arrived to start that chapter of my life in a new city, I picked up a gig at The Blind Tiger on Broad Street. The one weekly gig quickly led to multiple gigs all around town until just before I left for American Idol I would have 12 gigs a week! That being said, I felt that the music scene welcomed and embraced my craft, and although I wish I spent more time writing original music with local musicians, I always felt that there was something original about all the music that was performed here. People like Cary Ann Hearst of Shovels & Rope and Lindsey Holler really inspired me to get and go for what you seek with confidence.

The jazz scene in Charleston has always really inspired me to be a better musician and has equally impressed me.

And last but not least the three bands I sang for—Emotive, Slanguage, and The Freeloaders—have played a huge role in who I’ve become. I am forever grateful for the growth I’ve had in Charleston and it will always be a home to me.

What was it like moving from Charleston to Brooklyn as a performer?

Because of my success in Charleston, I felt I had reached a point where I needed to humble myself down and sort of ‘get my ass kicked’ again in the business. I felt that New York was the perfect place to not only network and grow as an artist but also to remember how small you really are. This goes back to the earlier question of knowing that you are never in a safe place artistically or financially without constant hard work and a rational, kind mindset.

When you were scouted for American Idol, what were your initial reactions? How did that experience affect your career?

I was very torn about signing up for the show. I never imagined myself doing any sort of reality TV and really was just not into it. I was scared that I would lose the respect of my musical peers and that some viewed these shows as ‘shortcuts’ to the industry.

My mind started to change the more I thought about it mostly because of my vocal students, but also because I knew in my heart that it was no shortcut. To me, it became more of a test that I had been studying for for 17 years with all the gigging and performing. This test would become a great stepping stone to exposure and more networking, but most of all the development of new lasting relationships.

I am still very close with many of the people from American Idol. I have since released one full album of original music called In This Life, three singles and two music videos and have been actively touring with Elise Testone Band as well as the James Brown Dance Party, Led Zeppelin tributes, the Amy Winehouse show I've arranged, and many more.

I understand you’re resting your voice right now. You have such a raw belt—how do you take care of your voice on the road?

Yes, I am definitely resting my voice right now! Over the last three days alone I’ve slept minimally and have performed four shows with the last being four hours long.

The most important thing is to drink lots of water only and sleep as much as possible—which isn’t always possible at all. Warming up my vocal cords before and after shows is definitely my saving grace.

Any new writing or recordings in the works?

We have a handful of new songs that I am really loving the direction of. Although I am very proud of my compositions on the previous album, I am very anxious to get the new material out. The direction is more focused in Soul/R&B/Funk versus a more Blues/Folk/Singer-Songwriter type sound.