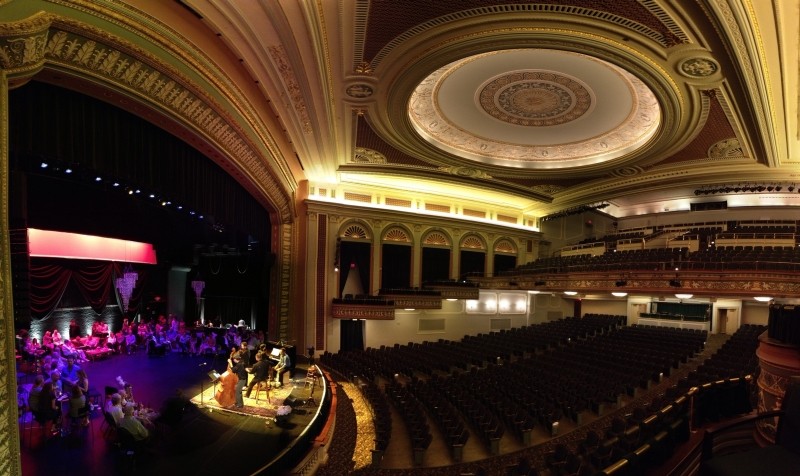 Last summer, the powers that be at the Lucas Theatre tried something new: A cabaret series, utilizing only the stage area. A capacity-100 audience sat on sofas, and at cocktail tables, as vocalists crooned to piano or guitar accompaniment. Drinks were served. Fun was had.

To just about everyone’s surprise, over 90 percent of these intimate events sold out. The people of Savannah are starved for something cool to do during the summer months, and the Lucas is hardly used between the music festival in the spring and the start of symphony season in the fall.

So cabaret turned out to be a win/win.

Cabaret season 2014 starts this week at the Lucas, and it runs concurrently with an expanded summer film series.

Cabaret planning was underway when someone on the Lucas staff noticed the series of Mel Brooks comedies scheduled for June and July.

“We were tossing out ideas and someone said ‘You know, a Mel Brooks Cabaret would be a ton of fun,’” says Erin Muller, the theater’s production coordinator. “Because it would be a departure from our standard cabaret, which has been a lot of jazz standards, music that’s the kind people would expect to hear in that kind of setting.”

Brooks, of course, is famous for the musical numbers—many of which he composed himself —in his films.

The Lucas’ summer opens June 5 with a “Mel Brooks Cabaret,” orchestrated by the series’ musical director Kim Steiner. There’s another all-Mel show on June 26. Expect them both to be jammed with wacky tunes from The Producers, Blazing Saddles, Spaceballs and Young Frankenstein, all of which are screening during June.

“We wanted it to be a little companion thing—where we’re doing the cabarets, and you can hear the music,” says Muller. “And for the people that doesn’t really appeal to, we’re showing the films. I’m sure there’s going to be some crossover there in the audiences.”

(Here’s hoping the cabarets will include Brooks’ show-stoppers from High Anxiety and History of the World, Part One.)

Because of the success of the cabaret series in 2013, the capacity for each event has been upped to 125. Tickets are $30 per person; all shows start at 7 p.m.

Movie admission is $8 adults, $5 student/senior/military. Most screenings are at 7 p.m.

Tickets and additional info at savannahboxoffice.com