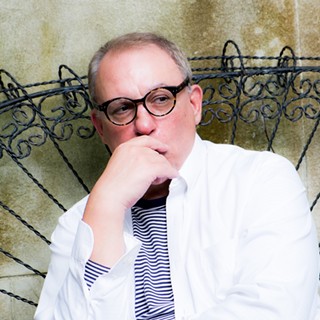 Back in the early 1990s, when the publishing industry was flush and no one had ever heard of the Great Recession, a small culture magazine called Contents emerged from little ol' Savannah, GA.

Contents enjoyed a happy shelf life next to Interview and Vanity Fair until 2003, and Alfieris has spent the last decade nurturing various creative projects and caring for extended family in Savannah. As of late, he's been flying around the country as photo editor of the new FourTwoNine, a high-end glossy geared to — but not exclusively for — the LGBT community.

A sumptuous tome of substance and style, the first issue of FourTwoNine featured Sarah Jessica Parker and Bravo host Andy Cohen on the cover. It was voted "Launch of the Year" by publishing industry megalith Folio Magazine.

Connect caught up with Alfieris for a fried oyster sandwich at the Crystal Beer Parlor, which happens to be owned by his first cousin. As the truism goes, you might take the boy out of Savannah, but you'll never take Savannah out of the boy.

FourTwoNine is based out of San Francisco. How did you end up at the top of the masthead?

Joseph Alfieris: Richard Klein, the publisher, is a good friend of mine. We met in New York City back in 1994 when we were both being photographed for a piece in Vanity Fair about cool magazines. Contents and his Surface were chosen among ten that were influential. They called them "megazines" because of what was exploding in media back then.

We met in some warehouse in Soho and we've been friends and worked together on projects ever since.

Since the last issue of Contents was on the stands, print publishing has taken a huge hit. What gave you and Richard the chutzpah to bring back the glossy?

JA: So many publications have gone through so many incarnations. There are news-driven publications and mass market brands, but there is still a discerning audience for a high-end print product. The quality of print in the marketplace has become a luxury, and there's an audience and advertisers who find it appealing.

In terms of the business model, it has a high cover price, and the advertisers are interested because who the magazine caters to and ends up with are the influencers. These are people involved in the creative world and media; these are also the people we cover, people distinctive in their areas: Acting, writing, design, art, politics...

So, in a nutshell, the aim is the first mainstream gay magazine?

JA: In a nutshell, it's hard to put it in a nutshell! It's a style bible created by, but not necessarily for, the LGBT community. It's involved in all sorts of cultural and creative issues.

Maybe the magazine elevates LGBT creativity and culture so that it's no longer remarkable in its otherness, but we don't want to be pigeonholed as a gay publication. It's a route to influencers and those whose opinions matter. What we realized is that by showcasing people in the LGBT community who are highly accomplished, the LGBT creativity is inseparable from culture in general. Our audience isn't just that community — it's anyone who is interested in culture and style.

JA: Kevin Sessums, our editor-in-chief, was a contributing editor at both Interview and Vanity Fair and brings the focus to our editorial. Our art direction is sleek with a classic aesthetic, and of course the photography is top-notch.

Our first issue was the Friends issue; the next is Family, with Jared Leto on the cover with his brother, Shannon. They're very hot right now with their band, 30 Seconds to Mars, and Jared is nominated for a Golden Globe for Dallas Buyer's Club. I've got that shoot coming up.

And though we've had to move her story to the summer, we have Maude Schuyler Clay — she's an artist and photographer with pieces in the MOMA permanent collection — on board to take family portraits in Mississippi. Did you know that Mississippi has the highest number of same-sex couples with children in the country? That blows my mind.

Would you care to share any thoughts about growing up gay in Savannah?

JA: I've never been one to define someone as gay just because they happen to be. You can't get distracted by things like that or you can't go about doing what it is you're inspired by.

I have to say, it was something that never bothered me. I grew up in the middle class suburb of Magnolia Park in the '60s and it just wasn't discussed. I moved away in the mid-'70s to go to the School of Visual Arts in New York, then to Paris in 1984 and stayed there until 1990.

How did Contents come about?

JA: It was the early '90s, I was trying to work in the movies like everyone else my age back then. I picked up a free weekly and thought, what if we tried to do something that showcased writing and photography from all these different cities? We called it a "literature music art design tabloid."

We began to grow our advertising, and then we started distributing nationally, still featuring just Southern creatives. And then it just took off. Soon, we had very accomplished people coming out of the global woodwork who didn't care that we couldn't pay very much, they just wanted to be a part of it: Image-makers like Ellen von Unwerth and Paul Jasmin, filmmakers Atom Egoyan, Larry Clark and more...

Also, most of the then-emerging photographers who helped up build Contents went on to become very famous. Look at Richard Phibbs, who is now one of the top fashion photographers in the world. He had this idea to take all the white shirts of the new collections down to Mississippi to shoot them on people he found there, which turned out to be stunning. We're still in touch; he photographed the New York City Ballet for the next issue of FourTwoNine.

But we can't do it like we did back then. Now our budgets are just incredible — even for friends! Randall Mesdon worked just for expenses for Contents. Now he's the creative director of Man of the World and takes photos for Esquire, Details, all the Condé Nast brands. We wanted him to shoot the cover of the first issue, but I couldn't make his budget — and he's a friend of mine!

Any plans to shoot on site in Savannah?

JA: I know that Kevin wants to do a story about art students and their different styles — maybe compare and contrast SCAD students with the students at RISD [Rhode Island School of Design]. We would shoot that here.

As a photo editor in what has become an incredibly image-saturated world, how do you curate the really worthwhile images?

JA: These days a worthwhile image can come from a cell phone. Everyone's got megapixels right in their hands. But what makes a photograph great is that it says everything in one instant. So the art of photography is always going to be there, no matter how many images there are.

'A subtle and entertaining thing' 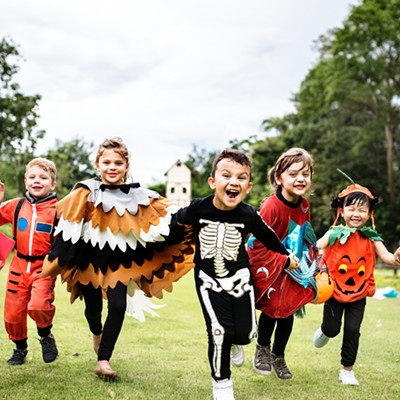