As the nation's thirteenth colony, Georgia has a lot of history to archive, protect, and brag about. The group most responsible for this job is the nonprofit Georgia Historical Society (GHS), one of the oldest such groups in the country.

Fittingly based in the state's oldest city - in historic Hodgson Hall at the corner of Gaston and Whitaker Streets overlooking Forsyth Park - GHS each year honors Georgia's founding in February 1733 by focusing on a key figure in state history.

This year's honoree is baseball legend Jackie Robinson, a native of Cairo, Ga. (pronounced ‘kay-ro,' in that tradition which includes pronouncing Vienna, Ga., as "vie-anna").

"This is one of the few times we've done a more recent historical figure as the honoree, and we've had a lot of fun with this one," says GHS Executive Vice President Laura Garcia-Culler. "And he's also the first sports figure."

This year's "As Time Goes By" Gala, happening Feb. 13 at the Hyatt, also honors two new inductees to the group's Board of Trustees, a pair of men whose fates crossed at a key moment: Former Atlanta Braves owner, businessman and conservationist Ted Turner, and former Braves superstar Henry "Hank" Aaron (read my chat with Hank on page 10).

The Trustees are chosen by a collaborative process that measures impact and leadership.

"The thing that's fun from a staffing standpoint is it really gives us a chance to think about, wow, our state has really brought a lot of wonderful people, not only in the U.S. but internationally," says Garcia-Culler.

The Gala is essentially GHS's only fundraiser, the group having decided that a single big event is far more efficient than a dozen smaller ones.

"Fundraising for nonprofits can really take away from your core mission," says Garcia-Culler. "Putting on events and parties is not what we're here to do."

What GHS is here to do is research and protect our shared history -- a task made far more difficult by threatened massive budget cuts this year by the state legislature.

For info on the Gala and how to support GHS, go to www.georgiahistory.com. 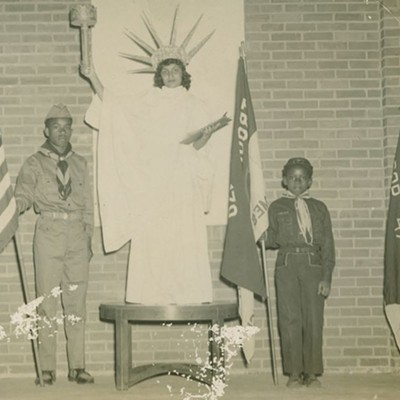