MARK O’CONNOR IS a renowned violin player and guitarist - having worked with giants of the industry in the worlds of bluegrass, country, jazz, and classical music. Equally as accomplished is Maggie O’Connor, Mark’s wife, who’s recorded with Zac Brown and Paul Simon, to name a few.

Together, they’re a brilliant and beautiful duo whose chemistry is undeniable. They’ll be playing at Randy Wood Guitars on Sat., May 11, and we talked with Mark O’Connor beforehand about their musical connection.

You and Maggie are both accomplished players individually. When exactly did you start playing together, and how did that come about?

O’Connor: It has been about 5 years since Maggie and I met, we immediately began playing together based on a coaching/audition we had in New York City, she had recently received her Master’s degree in violin from the Peabody Conservatory. I had also recently completed a series of violin duos for books associated with the “O’Connor Method” volume IV and V.

We made it a goal to perfect all of them and make a recording together of these. Many of the pieces were American classics I arranged and a few originals of mine as well. We became inseparable so within 6 months we got married and moved to NYC. We now resided in Charlotte.

Tell me about your early life in music. How did you get into the violin and guitar?

O’Connor: I grew up in Seattle, and I had great teachers. The most distinguished were Benny Thomasson who was a Texas fiddle legend retired in the Northwest. The other being Stephane Grappelli the jazz violin legend who I toured with when I was 17 and 18 and played in Carnegie Hall with. I had many mentors along the way including Tony Rice, Steve Morse, Doc and Merle Watson and Chet Atkins for guitar. I was able to travel in the summers as a student and attend music festivals, competing in the instrument competitions for which I did very well, becoming national champion on three instruments in my teens. I was living a full experience in those summers as a kid and breathed music in like it was air.

When I was 17 I joined the David Grisman Quintet, and at 19, I joined the The Dregs in Atlanta. When I was 22 I moved to Nashville on Chet Atkin’s and John Hartford’s invitation and within a couple of years I was one of the most in-demand session players in Nashville performing on 450 albums in 6 years and winning 7 CMA awards. After signing a solo record deal with Rounder Records at age 12, I singed a solo deal as artist/producer with Warner Bros. Records at age 24 becoming the youngest to do so. My breakout album that launched my solo career was New Nashville Cats, winning two Grammys. 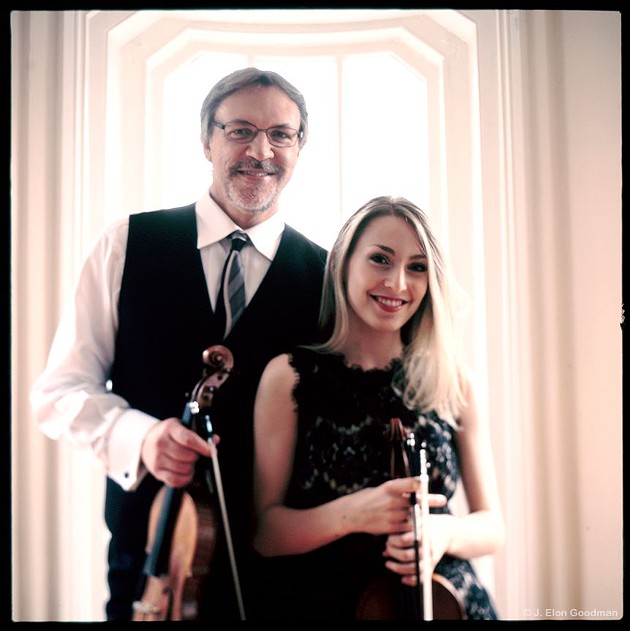 After such a successful career, what drives you musically these days?

What really drove my solo career was composing, and in mostly the classical music setting. Debuting with my “The Fiddle Concerto” in 1993, and composing several solo violin caprices, I was developing a new style of American Classical music. This effort began to peak when I met Yo-Yo Ma and he decided to record my music with me, those monumental projects being “Appalachia Waltz” and “Appalachian Journey.”

My concertos took me to over 700 performances with symphony orchestras, performing my “Call of the Mockingbird”, “Double Violin Concerto”, American Seasons, and culminating in my “Improvised Violin Concerto” and “Americana Symphony” recorded by the Baltimore Symphony.

If you could pinpoint it, what do you think makes your collaboration with Maggie so special?

O’Connor: Maggie’s and my musical compatibility started out pretty special, she more or less grew up listening to my recordings and studying them. But it was when she and I decided to collaborate with my son and daughter-in-law and forming the Mark O’Connor Band, that things got pro and fairly quickly. Our debut album together in 2017 won a Grammy for “Best Bluegrass Recording.”

In the process, I got my guitar playing back on top to match my fiddling, and with the group having three lead singers, Maggie’s singing excelled as well with more stage experience around the country in the band. All of these attributes really contributed to our Duo performances like the one we just gave on the main stage at MerleFest last month.

It might be difficult to pick, but is there a moment in your career or a gig that stands out to you in your mind?

O’Connor: Tough question, because there are more than a few. I suppose recently, the Mark O’Connor Band opening up for the Zac Brown Band at Boston’s Fenway Park for two nights. That was a trip. We also performed at the Grammys and that was certainly a huge highlight. Getting to share music with family members on stage like that is something I would have not predicted for me. But here we are – a new chapter!