“Fight for Your Life!”

AFTER a few weeks of relative calm, the local alternative cinema calendar has filled back up again, with no less than ten notable events over the next seven days or so.

Please support as many of the worthwhile big-screen happenings featured in Film Scene as you care to, both by attending the events and by sharing this column online with friends and acquaintances.

Also, if you are personally involved in presenting any public screenings in the greater Savannah area, send full (and I do mean full) details to me directly at jim@wickedmessenger.com.

Diving straight into things, the Psychotronic Film Society’s ongoing weekly coffeehouse series of underappreciated or downright obscure feature films from around the globe continues on Jan. 8 at the Sentient Bean with the forgotten, sleazy 1977 exploitation flick “Fight for Your Life!”, which is notable for being one of the more offensive slices of “politically incorrect” grindhouse filmmaking of its time – and I use the term “politically incorrect” as it was originally intended, not as it has tended to be used of late to somehow justify or excuse mean-spirited pettiness.

“Fight for Your Life” stars William Sanderson –the standout supporting castmember of “Deadwood,” “Newhart” and “Blade Runner” – in his first-ever film role, as a depraved, racist prison convict who, along with tow other escapees (one Asian and one Mexican) invade the home of a black Baptist minister and his family and hold them hostage.

A nasty (and at times darkly hilarious) crime drama that doubles as a sly satire on late-1970s U.S. race relations, it was banned from release in Great Britain for unpleasant language. The PFS will show the full, uncut theatrical version, which is –obviously– recommended for mature audiences only, and specifically those who know the difference between an edgy joke and wanton ugliness. 8 p.m. showtime. 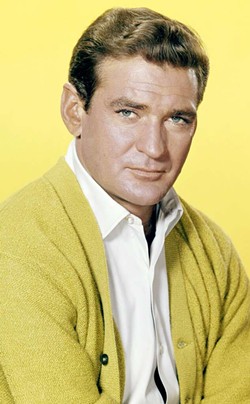 Rod Taylor from "Darker Than Amber."

The following Wednesday, Jan. 15, the Bean finds the PFS paying tribute to the late, great Australian leading man Rod Taylor (best known as the male lead in Hitchcock’s “The Birds” and the 1960s version of H.G. Welles’ “The Time Machine”), with an incredibly rare public viewing of his lost 1970 gem “Darker Than Amber.”

Never released on DVD or Blu-Ray anywhere in the world, and similarly unavailable on digital streaming sites, “Darker Than Amber” is an almost unbelievably macho, low-budget adaptation of one of John D. MacDonald’s popular 1960s pulp fiction novels centered around the character of Travis McGee, a tough bruiser of a Florida-based private investigator.

The film, which also stars British scream queen Suzy Kendall (“To Sir, with Love,” “The Bird with the Crystal Plumage”) and super-baddass American character actor William “Bill” Smith (“Red Dawn,” “Any Which Way You Can,” “The Ultimate Warrior,” “Fast Company”), is about as gritty as one can imagine, and was a big hit with audiences when the PFS screened it over a decade ago. 8 p.m. showtime, with discounts on craft beer and organic wine.

It’s a joyous throwback to the glory days of Agatha Christie-style murder mystery movies that will likely keep you guessing right up until the big reveal. What better place to catch this star-studded hit than this small, non-profit neighborhood cinema with great concession prices? 7 p.m. showtimes on Jan. 9 and 11, plus a 3 p.m. matinee on Jan. 12.

How much of a triumph is this incredibly tense and perplexing mystery? Well, it is routinely named as one of the best American motion pictures. And, if that wasn’t enough, in 2012 the British Film Institute’s critic’s poll awarded “Vertigo” as the “Greatest Film Ever Made,” knocking off Orson Welles’ 1941 epic “Citizen Kane” from that lofty perch. 7 p.m. showtime.

Secondly, the Tybee Post offers what I believe is the exclusive area engagement of writer-producer-director Noah Baumbach’s acclaimed new slice-of-life drama “Marriage Story,” starring Adam Driver, Scarlett Johansson, Laura Dern, Alan Alda and the great Julie Hagerty. Described as something of a modern-day “Kramer vs. Kramer,” this tale of a bi-coastal family’s descent into divorce has won raves from critics the world over (Variety magazine called it “...funny, scalding, and stirring, built around two bravura performances of incredible sharpness and humanity...”) and Dern just nabbed the Best Supporting Actress Golden Globe for her role.

One of the few features owned by Netflix which has also been allowed a short, limited theatrical release, “Marriage Story” has essentially been blackballed from most of the major U.S. theater chains, along with all other Netflix titles, as the chains view the streaming giant’s business model to be in direct opposition to their own.

That leaves only a small number of independently owned and operated cinemas (such as the Tybee Post) with the ability to book the film. So, if you don’t subscribe to Netflix, or you do, but would relish the opportunity to catch this one on the silver screen, now is your brief chance to do so. 7 p.m. shows on Jan. 14 through 16, with 3 p.m. matinees on Jan. 15 through 16. 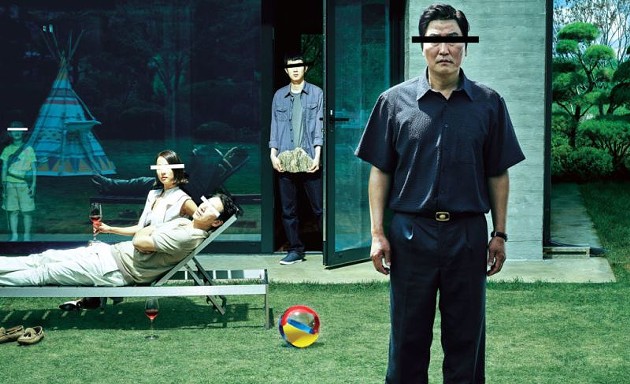 Moving back downtown, on Jan. 10, local organization CinemaSavannah continues its ongoing series of first-run foreign and/or independent films at the Savannah Cultural Art Center with a one-show-only booking of South Korean filmmaker Bong Joon-ho’s latest work, “Parasite,” which enjoyed a sold-out crowd for its special sneak preview at last year’s SCAD Savannah Film Festival, and to date has won the coveted Palme d’Or at the Cannes Film Fest and the Golden Globe for Best Foreign Language Film (a first for Korean cinema), among other noteworthy accolades.

A darkly comedic thriller about a low-income South Korean family who scheme to insert themselves into the lives of a more glamorous and successful family, it has been universally praised, although some viewers and critics have been divided on whether or not the film is simply very good, or stunningly great.

Either way, its ability to deftly straddle the line between contemplative art-house sensibilities and the kind of gratifying thriller tropes associated with mainstream popcorn-movie fare has helped it to gross close to $150 million worldwide in just a few short months. The film is subtitled in English. 7 p.m. showtime. If you are driving to this venue, make sure to factor in a few minutes to find parking and then walk to your destination, as there are no spots available onsite.

Out on the Southside, the AMC Savannah 11 multiplex behind the Savannah Mall, ffers two screenings of the Metropolitan Opera’s brand-new production of Alban Berg’s provocative and rather controversial 1922 opera “Wozzeck,” which was based on an earlier stage play and offers a somber portrait of the day-to-day lives of rural Germans of the early 1900s. Packed with a tangible sense of dread and uncertainty, it’s an abstract and somewhat avant-garde piece, especially for its time.

One of the first operas to utilize atonality in its score, it’s been reimagined for this production by visual artist William Kentridge as a sort of apocalyptic nightmare, and is staged in the traditional German (with English subtitles for those who don’t speak that tongue). The performance runs two hours, and it will be simulcast live at 12:55 p.m. that day, and then rebroadcast at 6:30 p.m. on Jan. 15 as an encore.

Aileen Quinn, who portrays Little Orphan Annie, not only won the 1982 Young Artist Award for her work on the film, she also received the 1982 Golden Raspberry Award for Worst Supporting Actress for the same role. Wild, huh? See for yourself if it’s a keeper or a turkey.

Then, on Jan. 14, the Lucas’ Arthouse Series of acclaimed indie or foreign films continues with a one-show-only engagement of “Jojo Rabbit,” the “anti-hate satire” of Nazi Germany that was awarded the top prize at the Toronto International Film Festival before enjoying a slow-burn run on the arthouse circuit. It’s earned a loyal group of fans who appreciated the somewhat edgy subject matter (it’s a tale of a young member of the Hitler Youth who finds himself doubting his allegiance to the Nazi leader while simultaneously viewing the Fuhrer as an imaginary friend). Yet it has also earned no small amount of detractors who view the film as pulling most of its punches. 7 p.m. showtime.

Finally, on Jan. 12, the African-American Health Information & Resource Center on Abercorn St. near downtown hosts its annual showing of the docudrama “40 Acres and a Mule,” which offers what is said to be a compelling reenactment of the historic meeting between U.S. officials and 20 African-American church leaders on that day in 1865 right here in Savannah.

That was the famed post-Civil War gathering which resulted in the promise (often unfulfilled) by Union General William Tecumseh Sherman to award families (including freed slaves) a plot of land and the use of a mule to help stimulate agrarian reform.

A discussion of the legacy of this infamous land redistribution decision and the various repercussions that spring from it will take place after the screening. Both the movie and the discussion are free and open to the public. All are invited to attend and participate. 3 p.m. showtime. 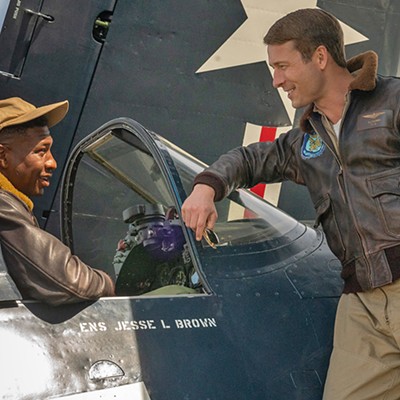