SOMETHING big happened last week. Something bigger than you or me, and something that is guaranteed to change the way people view Savannah as a culinary haven.

On May 6, Chef Mashama Bailey, Executive Chef of The Grey, was awarded a James Beard Award for Best Chef: Southeast.

Chef Bailey, like many before her, began on a path riddled with encumbrances and naysayers.

I speak for many locals when I say, historically Savannah has not been the most welcoming when it comes to new food; and to be brutally honest, the perspective on food in Savannah has been muddled at best. 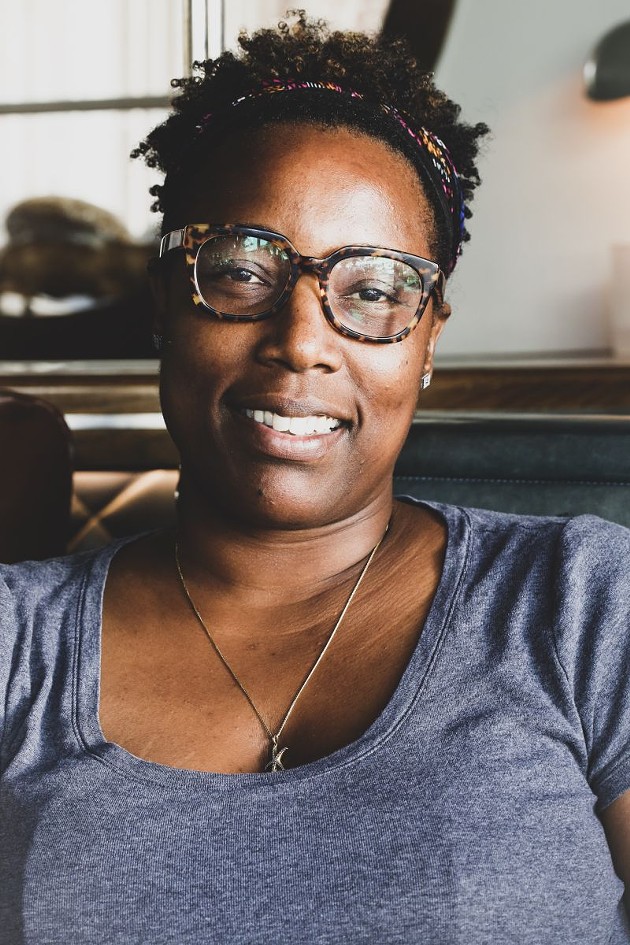 As a historic town rooted in Southern tradition, the foundation for local and farm fresh food has always been present —at least until fried chicken buffets and fried seafood platters turned Savannah into a campy food destination for tourists.

The resurgence of restaurants and true Southern cuisine has been slow, at best, here.

Unlike many of our now well-respected neighboring food destinations, which have put themselves on the culinary map of go-to food tourism hotspots, many say that Savannah just hasn’t quite made it there yet.

The rebirth of the food in our sister cities is not the result of a singular cause or event, but it can be said that certain historical events speed up the change.

For Charleston, Hurricane Hugo acted as the mechanism that wiped the city and made way for a big change in its culinary community. Hurricane Katrina is said to have done the same for New Orleans.

As for Atlanta, the 1996 Olympics served as the catalyst for change that helped the city become a cultural destination for food in the South.

Thankfully Savannah has not experienced a catastrophic event that forced our hand to recognize that we have the framework needed to become great. Instead our city has slowly chugged along implementing change as slowly as molasses in January.

At least that’s how it was until Chef Bailey returned to her hometown.

When Chef Bailey returned to Savannah to open up The Grey, after spending years honing her skills, she kept her head down and focused on the food she believed in.

Taking inspiration from a foremother of Southern cuisine, Edna Lewis, Chef Bailey set out to preserve history through her kitchen.

Her vision and determination is exactly why she became one of only three chefs in Savannah to be awarded a James Beard. Keep in mind the last was 19 years ago.

She was gracious enough to sit down with me and discuss her experience:

When you first stepped into a professional kitchen, did you ever think you would be where you are today?

No, absolutely not. The first kitchen I stepped into that was professional was called the L Cafe in Williamsburg, Brooklyn. It was a cafe that had two parts: one part was a coffee part where you got breakfast, pastries, and coffee, and the next part was more  for dinner.

We had a microwave; we didn’t have quarts and pints. We would use leftover containers that sour cream came in and we would wash them and reuse them. I was there for a very very short period of time, but it was the very first kitchen that I worked in while I was going to culinary school.

I am a career changer so I decided to just throw myself into something, and I wanted to see if I could work in a restaurant. In this little crappy kitchen I fell in love with the industry.

How did you feel about your second nomination?

This time around I felt really honored. I think last year I was scared and nervous, and I didn’t feel worthy. I didn’t feel like I belonged in the room. I think that this year there was a little tinge of nervousness.

Who went to the award ceremony with you?

Johno went, his wife Carole, my parents, and me. There were five of us.

What were you thinking as you were waiting for the announcement?

I don't know. I was drinking from a flask while I was waiting. I had a flask of tequila.

I sort of blocked everyone out. Adrian Miller was behind me. He is a cookbook author, and he is really awesome. He sat right behind us and he taped the whole thing. It’s on YouTube: ‘Mashama wins the Beard.’ It is kind of beautiful because he actually caught the moment of it.

The thing I feel bad about, I thought about it after and before I knew there was a video, I was like, “I don’t think I hugged my parents.” Carole was the first person I hugged, Johno was the second person because I made a beeline to get out of the spotlight.

Did you prepare your speech?

No. I wrote down my parents, Johno, Edna Lewis, the James Beard Foundation. I just wrote down these names and words so I would not forget anything, but I did not prepare a full-on speech.

What did your parents have to say?

What did Johno have to say?

I couldn't make it out through his tears.

Did you cry with him?

I didn't cry until a little later honestly. When I gave him a hug he was just like, "Congratulations, I am so happy for you." He really just said congratulations over and over.

Then I spoke to him later on after the awards were over and we were out in the lobby, and we both started kind of tearing up then, because it started to set in that this is something that not only I accomplished but we accomplished.

On stage I said he was my backbone. Johno will throw down for anyone in this restaurant. He is the most loyal person I know. I think a lot of his vision and a lot of his drive is why we are where we are.

Even when you think I am going to rest a little bit, he is like “But you didn’t finish this?” or “You didn’t do that.” There is always more to do for him.  I think it is really nice to learn from someone like that.

What’s the one piece of advice to cooks or chefs stepping into a professional kitchen for the first time?

One of the pieces of advice that I received was to make sure that you love it. I didn’t know what that meant. When I first decided to cook, I think I was very interested in it and I thought I was very capable of it. It took me until I really had to work hard to fall in love with it. So, making sure that you love it is something that you have to ask yourself. No one else can tell you that. Know your history, read, know who the chefs are, know what the competition is, learn from people. And be kind.