Local singer/songwriter taps into Petty and more, in his own way 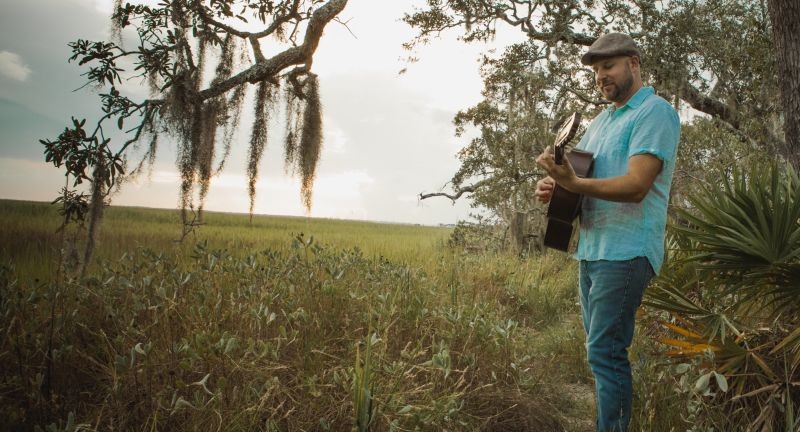 Matt Eckstine is a unique singer and songwriter. With a voice that sounds like a twangier Jeff Tweedy, he falls into the Americana category in a way that sounds authentic rather than contrived. That may be partly because his roots are planted in a more heartland rock and 60s pop world, which ultimately gave way to the kind of Americana we have today (thanks, Flying Burrito Brothers).

However you trace it, Eckstine is a worthy voice in a cluttered and overcrowded genre and his latest album,

Lil’ Blue, is evidence of that. Produced and engineered almost entirely by Eckstine at his home studio, with a portion of the work being done at The Garage.

The album is out now, via Bandcamp, and we caught up with Eckstine to talk more about it.

I was struck by the fact that you’d been working on these songs for about seven years or so. What was the process of working on this? Were you always working towards a record, or just compiling songs?

Well, I bought a house last year in August, so I finally had a dedicated room to set up my gear and recording equipment. It’d been in a closet and then I’d have to pull it out and set it up, then tear it down before my girlfriend got home. That kind of thing [laughs]. When it was finally set up, I said, “Well, I guess I should get to work!”

I’ve always been recording, and I used to have the Tascam four tracks. So I was really pleased with the setup and started recording in January. I usually have a cycle, because I play gigs for a living, where I slow down in January/February and record whatever I’ve penned for the year. It’s a cycle I rely on.

So I’d gotten about four songs recorded, and they were all songs that had been hanging around for a while unrecorded. They never found a place with my old band, The Accomplices. So I was thinking of maybe doing an EP, and then around March 15 I started focusing on writing songs. I just kind of got to work and recorded my way through the pandemic. I just wanted to focus on making some music, and the next thing I knew I had a record.

I hear a lot of Son Volt, Uncle Tupelo, and the more Americana-leaning Wilco stuff in this record, and I also hear a lot of WIldflowers era Tom Petty. Is that a fair assumption to make in terms of influences or references?

Guilty as charged for all of that stuff! I'm obsessed with Tom Petty. It was the first thing I ever remembered coming through the speakers. I'm 35, so Wildflowers came out right when I was discovering music, and I remember it being something I could almost share with my parents. That stuff and the Laurel Canyon stuff, I just like the way that stuff sounds. I like to think about the drum sound on this Americana stuff. We were thinking a lot about Neil Young and Harvest Moon. That's kind of what we were going for.

It sounds to me like maybe the drum sound was a foundational consideration in a sonic sense? So you almost built the sound of the record around the drums?

You know, I think I actually sort of stumbled on that, really. A lot of stuff started out really isolated. I'd use a virtual beat, so I could play to something that wasn't just a click. I'd build something that I could be inspired by—I actually spent more time building a virtual beat that would ultimately go away but we'd use it to reinforce the real drums.

Fortunately, for the kind of music that I play, the drum sound is really there to glue it all together. I was definitely striving for that Petty kind of vibe, though.

Do you feel like there’s an inherent lyrical theme on the record? I’m curious if you found yourself discovering a theme at all.

I was thinking about that, and there was only one thing I could really come up with as a theme. I’d seen this story about a cabin on Hunting Island in Beaufort, and there used to be a cabin road. The beach is eroding drastically, so the cabins were just kind of being eaten up by the sea. There’s just heavy imagery. The thought of it being this last cabin out there at high tide every day, the phrase jumped out at me—”caught between the devil and the deep blue sea.”

I’d had it in my mind of a while, and it really kind of made sense to me during quarantine. So if there is anything in there that kind of holds these songs together, it’s “hold fast and roll with the tide.” I always try to have some kind of uplifting heart in a song, even if it’s somber. I’ve always tried to be optimistic.

Runnin' Down a Stream 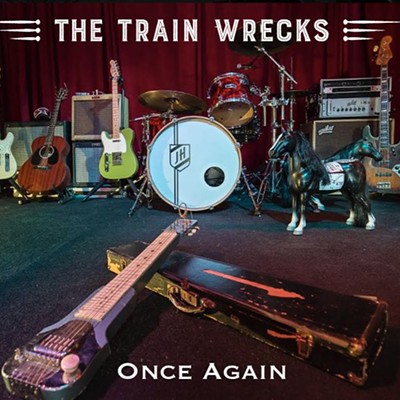