THE MONSTERS are everywhere.

They’re lurking in our classrooms and at the gym, leering out of a truck at the gas station, asking for a massage in that meeting we thought was going to make our career. Sharp-toothed predators creep around our homes, pretending to be our caretakers, beer-breath werewolves in grandmother’s bathrobe.

One of the most hideous beasts ever spawned has clawed its way into our presidency, bragging about the beautiful bodies it’s violated with its small, disgusting hands.

The grabby goblins circle, waiting to corner us alone, so when we try to tell what happened it’s only our word against theirs. 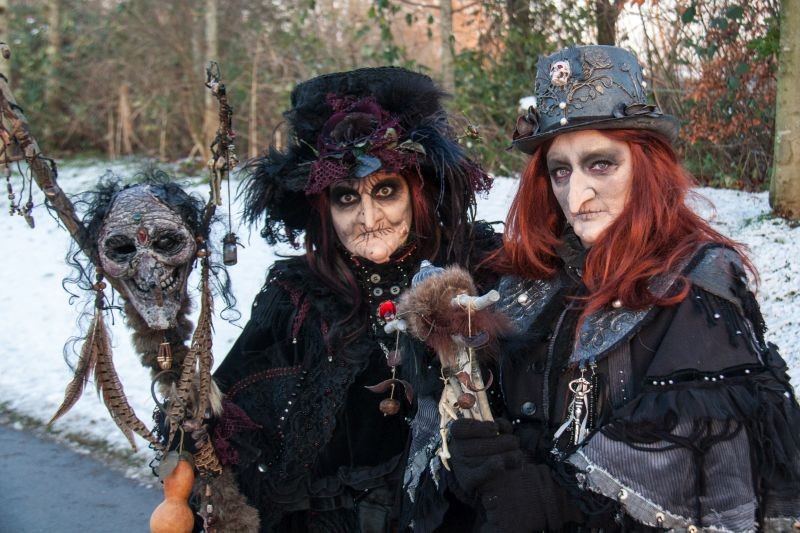 Until someone puts a hand on our shoulder and whispers, Me, too. It happened to me, too.

We link up our arms, and more voices join in, and in a flash of white lightning, the whisper becomes a chant, an electric chorus exposing lies and denial and soft-bellied cowardice.

The monsters gnash their yellow teeth and cry their reptile tears, their snaky attorneys shrieking “witch hunt!” without a trace of irony. As if they weren’t the ones who have been hunting us all along, burning us at stakes and cutting out our tongues for speaking truth to their stolen power.

Guess what? The witches are turning the tables, bitches.

I’m not the first to call upon black-hatted enchantresses this week (Lindy West’s NY Times article is spellbinding), but witchery remains a powerful way to process the situation. In Halloween lore, the witches have always been the most powerful of all.

The ghosts may shake their chains and the ghouls may slobber, but none can turn an enemy into a toad with only a pot of pond water and some toenail clippings. And unlike any other those other hallowed one-trick creatures, witches not only possess the ability to frighten but also to create and heal.

Funnily enough, I was deep in the cauldron the exact same weekend the #MeToo campaign set the internet on fire (thankfully, no actual trees or homes were harmed by this benevolent act of arson.)

For the past 11 Octobers, I’ve made the pilgrimage to Black Mountain, North Carolina for the Southeast Women’s Herbal Conference, a three-day immersion of classes, communion and a lot of cackling. More than 1500 women from all over the world come together to do extremely witchy things like make medicine out of native plants, exchange recipes for badass bone broths and explore other ways to take back control of our physical and emotional health from the vampires who profit from our terminally ill “health care” system.

But the main reason many of us return to the mountains each year for the SEWHC is bigger than boiling up our own cough syrup out of Appalachian elderberries (delicious and effective!)

We come because it is a rare respite where the creeps and mansplainers are banished for a short while, a space safe to be silly and sad and angry and ignorant without shame or fear of violence.

It is a place to gather and validate ourselves as human beings, where we can share our truth and be met with “I believe you,” along with a nice cup of nettle tea.

It is also an opportunity to make ourselves stronger by challenging our beliefs and worldviews. I first heard the term “intersectional feminism” while making marigold flower crowns, and SEWHC organizers place fierce emphasis on inclusivity, consciously courting women of color to share their experience and knowledge.

On that note, let us remember that “Me, Too” began a decade ago with the efforts of Tarana Burke, an African American activist, sexual assault survivor and brave changemaker. The motto of her organization Just Be, Inc. is “empowerment through empathy,” the notion that we can heal each other by listening to and honoring each other’s stories.

Such good-witchery has a distinctly feminine tone, but can and must include the men and non-binary folk who have been harassed, assaulted or raped.

Since Alyssa Milano’s first viral tweet, the media has been quick to credit Tarana with #MeToo and encourage the millions upon millions who have added their voices. But as the celebrities find a new cause and the hashtag is pushed out by whatever trends next, the widespread evil of sexual violence will only ooze back without systemic change.

“We appreciate the focus of #MeToo and the survivors who have participated, because reporting sexual assault and rape is most difficult,” commends Kesha Gibson-Carter, the Executive Director of Rape Crisis Center Savannah.

“But we still have a lot of work to do. We have to have a sincere interest in making change and doing something about the system’s ill-responsive to victim disclosures.”

We can start by demanding that GBI process its outrageous backlog of more than 10,000 untested rape kits that could be used to identify and prosecute rapists but are just piling up behind some slob’s desk, even though the Georgia Criminal Justice Coordinating Council has been awarded—no joke—almost $7 million dollars since 2015 to get the job done.

(To learn more about this nationwide abomination, check out Mariska Hargitay’s documentary I Am Evidence at The Savannah Film Festival.)

“Sexual violence is a community health issue. Men, women, boys and girls are impacted, and the devastation that it leaves—missed work, depression, drugs and substance abuse—costs society millions,” says Kesha.

She admonishes that we must also flip the narrative to focus on the penis wagglers, the gas station jerk-offs, the sex traffickers, the johns, the little swim rapists, the pervy teachers—lord, it just goes on—and remove the cultural spell of anonymity and protection.

“Ultimately, the best way to prevent rape and sexual violence is to demonstrate that it is wrong by holding rapists accountable—arrest them, prosecute them and jail them!”

Maybe I steeped too long in the mountains with my wise woman sisters, but I believe #MeToo represents an irreversible turn towards a more enlightened and just society.

Just those two words help shift the way we define ourselves, not as victims but survivors, aware of our personal power and what can happen when we add it to the cauldron.

We have shattered the silence with our stories, and together, our song becomes inescapable to those who would hurt us: Me, too. Me, too, I see you, I hear you, I believe you.

Hear that, monsters? The witches are gathering, and we are coming for you. 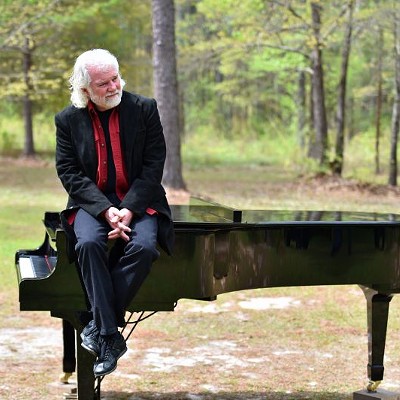