Local treasure gearing up for role in ‘Story Under the Stars’

Renowned sociologist, author, lecturer, and educator Dr. Bertice Berry is known around the world for her work, but this mother, daughter, friend, activist and phenomenal woman overcame a great deal of adversities, stereotypes, and clichés to get to where she is today. Her strong faith and those who helped her along her journey is not lost on her.

Berry grew up in Wilmington, Delaware, as one of seven children raised by a single mother.

“My family was extremely poor, and my mom was a single mother,” said Berry. “There was every stereotype about a single mom with seven kids, being poor, and the whole ‘you ain’t never going to be nothing.’”

These are stereotypes that Berry recalled came from outside of the Black community as well as within.

Despite these barriers and the awareness of limited opportunities, Berry had inspiration around her that helped her throughout life. Berry also has always been a helper.

“I was that kid who helped everybody, like cleaning people’s houses. I had cleaning jobs. I cleaned houses in the morning before school and I cleaned banks after school. I would also clean for different elders of the church and do all these things,” said Berry. 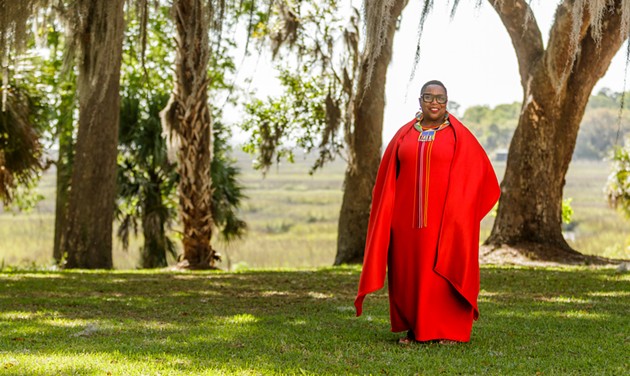 Growing up, Berry always wanted to go to college but no one in her family had gone and it was something that–for some–would seem out of reach, considering her circumstances.

It was not until one of her teachers, Karen Denton, told her she was going to go to college that she knew it was fully possible.

“It was always my prayer, but I never said it out loud because college was like Mars. Nobody in my family had been. I don’t just mean siblings. I mean nobody in my whole family had ever been,” said Berry.

Berry was even told by a high school teacher that she was “not college material” but there was another teacher who believed that she was destined for more.

This teacher helped Berry find a better counselor to help with her college applications and the admissions process. Berry applied to several schools without any idea how she would pay the tuition if she were accepted.

“I applied several places then this counselor said she think she know of another school I’d would be good at. She just took all the information from my applications and put it on an application to Jacksonville University in Florida,” said Berry.

Berry’s application arrived late at Jacksonville University, but the day it got there, a counselor took it to the financial aid director. That same day, a wealthy benefactor called the admissions department looking for a potential student “who could swim if they had the right backing,” and might sink without it.

Berry was just the student he was looking for. 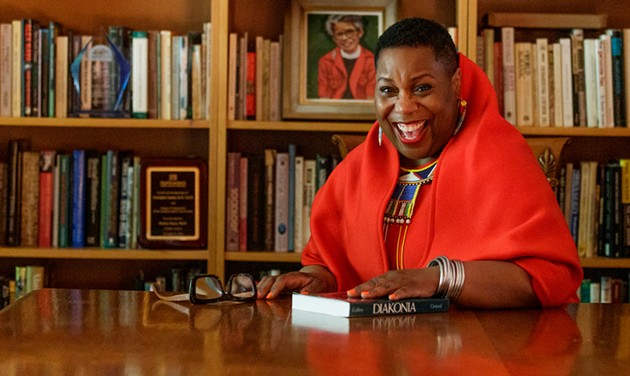 Jacksonville University is a private predominantly white school. Berry grew up in a segregated society. Her high school did not integrate until the year after she graduated. College was a new experience for her, though she was well aware of racism.

“I knew the difference between hatred and ignorance and I could isolate and identify and deal with it,” said Berry. “It was knowing the difference between ‘I hate you because you’re black,’ – and it’s not just students. You got it from faculty. I learned early that, A: it’s not everybody, and B: how to isolate and deal with those who it was, but it also empowered us.”

Berry and other Black students at J.U. became active on campus and formed a strong voice to advocate for others.

They got involved in university housing, student government and more.

“Somebody was in this group and that group, and we literally ran the campus in a short period of time. We had to get involved in places that felt uncomfortable to make change,” said Berry.

“I was pretty driven. I went to church, the library and the weight room, that was it,” said Berry. “It was a Ph.D. or poverty. There is nothing in between for me and I was focused on that goal.”

Berry taught sociology and statistics at Kent State, and demonstrated that she knew a few things about humor, as well.

She became one of the most popular teachers at the university.

“I had a friend who told me I was really funny. I don’t think you know how funny you are but my family is hilarious. Thanksgiving dinner, they will reenact the Color Purple. Everybody’s got a line. I kid you not,” said Berry. 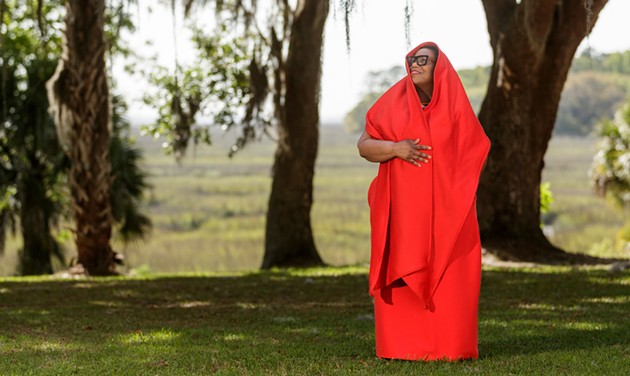 Berry left Kent State and went on to become an award-winning entertainer, lecturer and comedienne. From 1991 through 1994 she won the coveted national Comedian of the Year Award, and was also named Campus Lecturer of the Year and Campus Entertainer of the Year.

“I poured out my whole heart in the classroom. I worked really hard for people to learn and care about what they were learning. I knew I had to do something to make people listen and humor was the tool. It was used as a tool. I think I’m funny now, but it’s a result of joy,” said Berry.

She had created a role as both a gifted speaker with a comic edge and a comic with a serious message.

This kept Berry busy with doing over 200 appearances a year. Berry was the host and co-executive producer of her own nationally syndicated talk show, “The Bertice Berry Show,” and hosted “USA Live,” a four-hour live interview and entertainment show on the USA Cable Network and had made numerous appearances on other popular television shows.

“There’s that Arabic proverb that says, when a person seeks their purpose, the universe conspires to answer. You think about everything. Conspiring for you in that moment, all you have to do is be on the right side,” said Berry.

For Berry, community involvement is not limited to just “writing a check” and has taken a very active role in supporting organizations that benefit those in need. She has kindly donated all of the royalties from the sales of her books to organizations that help families in transition, raise funds for scholarships and provide resource information to low-income families.

Her greatest and proudest moment was becoming the “instant mother” to her five children and becoming a grandmother in 2015 and again in 2021. This is a part of her life and legacy she cherishes the most. For her family and the world, she wants to leave a blueprint to make sure the world is genuinely a better place.

Berry is actively involved in The Institute for Story, and will be featured at ‘Story Under the Stars’ at Forsyth Park on Sunday, April 24.