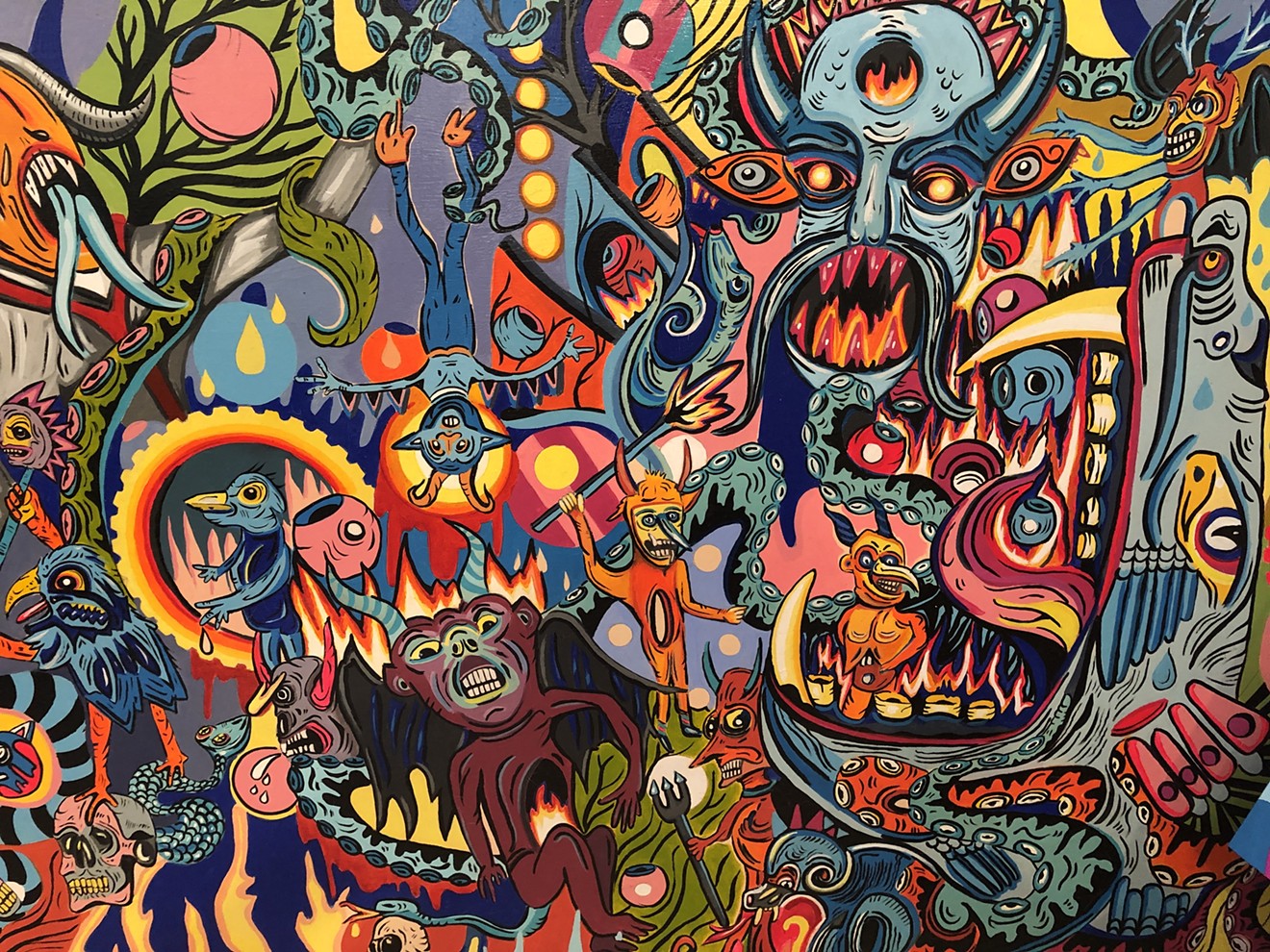 "Bully"
Can a monster still be scary if it’s pink? What about pink monsters that evolved from a place of crippling social anxiety, mental anguish, great fear, great beauty, love and an overload of caffeine? Sulfur Art Services, a project of Sulfur Studios that connects local artists with local businesses in Savannah to place art in public spaces, presents “Out of the Mouths of Madness” by Maxx Feist — a solo exhibition on display at The Sentient Bean, 13 E Park Ave., from July 21 through Sept. 14. The exhibition reception will be held on Aug. 6 from 5-7 p.m. “Out of the Mouths of Madness” is made up of mixed media pieces and prints on metal of monsters swimming in a smorgasbord of geometric shapes and colors with pink being a necessity. Feist said they created the works presented in “Out of the Mouths of Madness” to bring something lighter and brighter to the world that does not deny the reality of the mental anguish that many people face due to disparities — like the pandemic —over the last couple of years. “The colors are fun; the monsters are mine,” Feist said. “I use an incredibly bright pallet. I use a lot of colors that, up until recently, I have not resonated with. Personally, I’m one who has generally dressed in mostly black with this whole punk-rock theme for most of my life, but I needed a really bright palette for the last two years. “It was all too depressing. I felt like I couldn’t deal with it, and the world wasn’t dealing very well with it, so I started painting a lot brighter and painting my own monsters that I felt like represented my mental anguish and what the world was going through,” the artist said. Through their color choices Feist hopes to bring some play and hope to the audience of their works. They said the work certainly helped them. “I can’t remove myself from that. I need to be getting what I need out of it as much as I’m hoping to give back to other people,” Feist said. “I used to paint a lot of reapers and skulls and stuff that looked like it went more with a heavy metal album. I just realized that I needed to bring myself out of this depressed state that I was in, so I painted against the depression that I was facing hoping that it was enough to make other people feel better, too.” Feist said their title piece, “Out of the Mouths of Madness,” is likely their favorite piece in the entire show. They painted it right at the beginning of COVID-19 and had been waiting to show it since. “It’s very highly influenced by Hieronymus Bosch’s ‘The Garden of Earthly Delights,’” Feist said. “This is my pandemic plague piece and I painted it so it shows a lot of demons and devils and monsters and it’s super bright and very fun. After I painted it, that moved me into the much brighter eyeball monster pieces and those moved me completely away from the skulls.” An Artist Talk will also be held in conjunction with the exhibition with more details to follow. “Out of the Mouths of Madness” will be on display in the Sentient Bean from July 21 - Sept. 14 and can be viewed during the Bean’s regular hours, 7 a.m. - 5 p.m. daily. Works from this exhibition will be available for purchase at: www.sulfurstudios.org/maxx-feist-sentient-bean 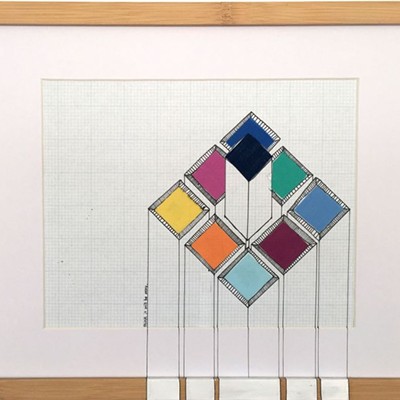